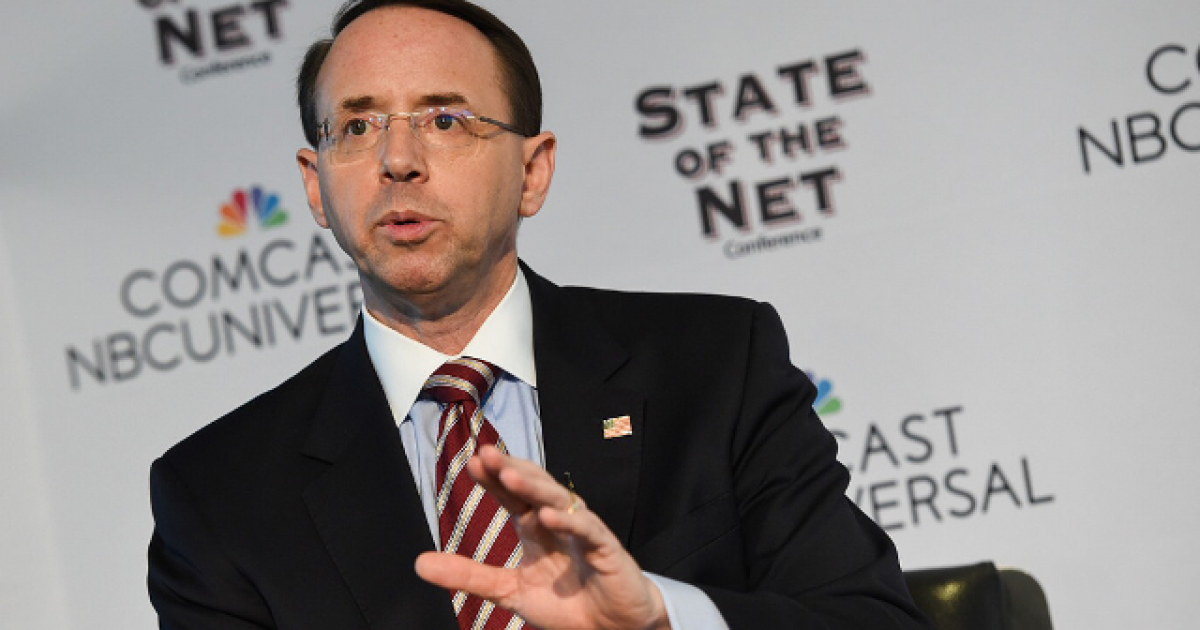 Deputy Attorney General Rod Rosenstein has issued a “verbal resignation” from his position in the Department of Justice, according to reports hitting the internet.

The reports state that Chief of Staff John Kelly accepted the resignation early on Monday. Rosenstein was apparently expecting to be fired.

Sources close to Rosenstein told the national security publication that Rosenstein was “expecting to be fired,” following a New York Times report from last week detailing conversations Rosenstein allegedly had with other Administration officials, in which he suggested recording conversations with President Donald Trump, and proposed “recruiting Cabinet members” to invoke the 25th Amendment and remove the President from office.

Rosenstein disputed the New York Times’s story, blaming anonymous sources looking to assail his character for the “inaccurate and factually incorrect” allegations. He also denied that there is any reason to invoke the 25th Amendment, which allows the Cabinet to replace the President if he is unfit to serve.

“I haven’t gotten all the facts, but certainly it’s being looked at in terms of what took place,” Trump said. “If anything took place and I’ll make a determination sometime later, but I don’t have the facts.”

Monday morning, multiple reports indicated that Rosenstein was headed to the White House, expecting to be terminated, but President Donald Trump is in New York City, preparing to speak to the United Nations General Assembly.

Rosenstein was responsible for overseeing Special Counsel Robert Mueller’s investigation into allegations the Trump campaign colluded with Russia to rig the 2016 election. Hilariously, no evidence of this shenanigans has been presented, so the “investigation” — more like a witch hunt — has gone largely unfruitful.