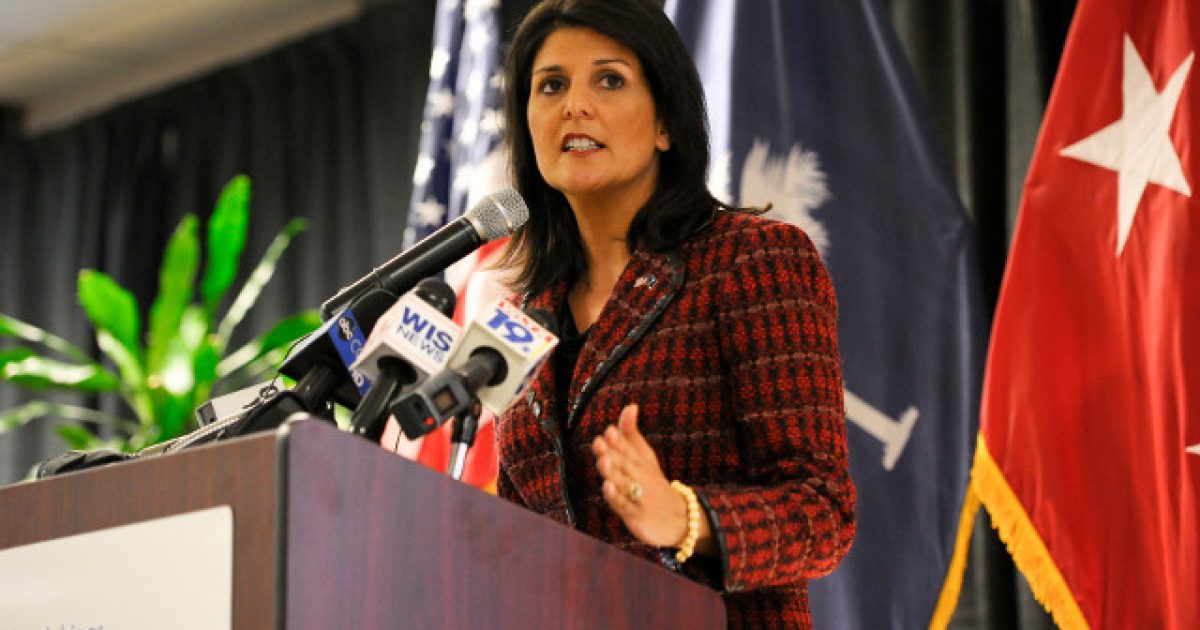 U.S. Ambassador to the United Nations Nikki Haley has resigned from her position. President Trump has announced that he accepted her resignation, stating that she had spoken with him about needing to take a break.

Haley will continue in her current capacity until the end of the year. She has served in this position for the last two years.

Haley said that six years of being governor of South Carolina and two years of being U.N. ambassador had taken their toll. She added that she was also “a believer in term limits,” adding “i think you have to be selfless enough to know when to step aside.”

Haley also praised the other members of the Trump family, saying that Melania “has been nothing but kind to me,” and that she couldn’t “say enough good things about Jared and Ivanka.” She commented that Jared and Ivanka “do a lot of things behind the scenes that i wish people knew about.”

In her statement to the press, Haley stressed that she is not planning to run for president in 2020. Trump also said that Haley would be welcome back in the administration at any time “in a different capacity, you can have your pick.”

So far there has been no word on who could replace Haley as U.N. ambassador. Trump said that he would “name a successor within the next two or three weeks. Maybe sooner.”

On Tuesday morning, White House Press Secretary Sarah Sanders tweeted that Haley and the president would meet in the oval office at 10:30 a.m. ET, and that the meeting would be open to the press.

Haley has done a great job as our ambassador and has been a tremendous help to the Trump administration on the geopolitical stage. Her presence will definitely be missed, however, we all need a break sometimes, especially from the dog-eat-dog world of politics.

Here’s to wishing Haley the best in her future endeavors.

Teaching Assistant Tweets Something Horrific About Kavanaugh, Immediately Gets What She Deserves.

CBS Anchor Makes FB Post Defending Kavanaugh. Here’s What He Was Forced to do Right After.