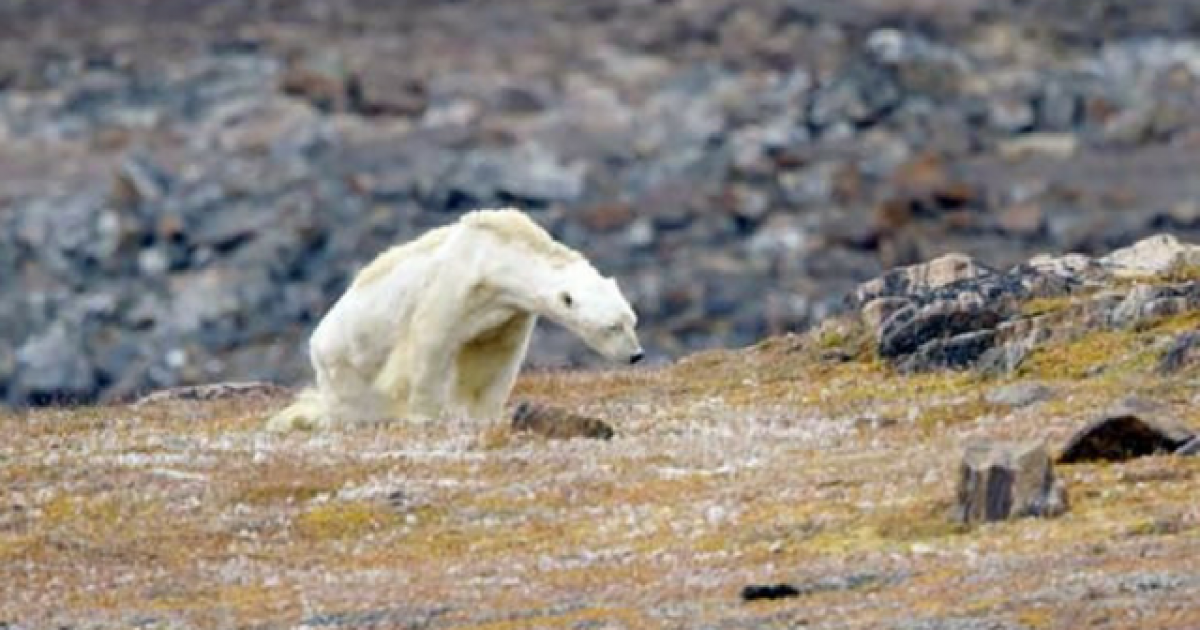 The climate change narrative has always relied heavily upon emotional appeals and anecdotal evidence, and the perceived peril of those iconic polar bears as the ice caps melted beneath their feet have been emblazoned into the minds of millions.

But as polar bear populations are higher now we were promised by Al Gore in the early aughts, people are beginning to question just how dire their situation is.

Now, the photographer behind a photograph of an ailing polar bear that National Geographic told us was what “Climate Change Looks Like” has come out to explain that the picture was used in a very misleading way.

You’ve got to respect this woman, too, because, as she explained in a recent interview with Nat Geo, she is on a mission to photograph the impact of climate change.

She apparently, however, does not want to use misleading photographs to do so.

Fox News has the story:

“We had lost control of the narrative,” she said.

“Photographer Paul Nicklen and I are on a mission to capture images that communicate the urgency of climate change. Documenting its effects on wildlife hasn’t been easy,” she wrote in the article. “With this image, we thought we had found a way to help people imagine what the future of climate change might look like. We were, perhaps, naive. The picture went viral — and people took it literally.”

The image shows an emaciated polar bear who appears to be in a warmer climate than preferred by the iconic northern animal. When the image, along with video footage of the struggling bear, had originally been published to Nat Geo and eventually social media outlets, it was viewed by billions of people, clearly unbothered by the obvious anecdotal value of the imagery.

As Nat Geo has now been forced to admit, the way they framed the image was nothing short of deceptive:

Some experts suggested a number of reason besides climate change that could’ve led to the animal’s condition, including age, illness or even injury.

Mittermeier admits that she couldn’t “say that this bear was starving because of climate change.”

“Perhaps we made a mistake in not telling the full story — that we were looking for a picture that foretold the future and that we didn’t know what had happened to this particular polar bear.”

The photographer says that her image became another example of “environmentalist exaggeration,” but added that her intentions were “clear” and that if she had the opportunity to share “a scene like this one” again, she would.

This kind of thing happens all the time with emotionally-evocative narratives, like the wage gap or sexual assault statistics. They get repeated so often that by the time they’re debunked, far too many people have internalized the original lie and the damage has been done.

At least this photographer is willing to admit her mistake…but she’s clearly already looking for the next emotional, anecdotal photograph to continue to push a narrative that data consistently shows is dubious at best.

The Latest Member of the Intellectual Dark Web…Will Smith?