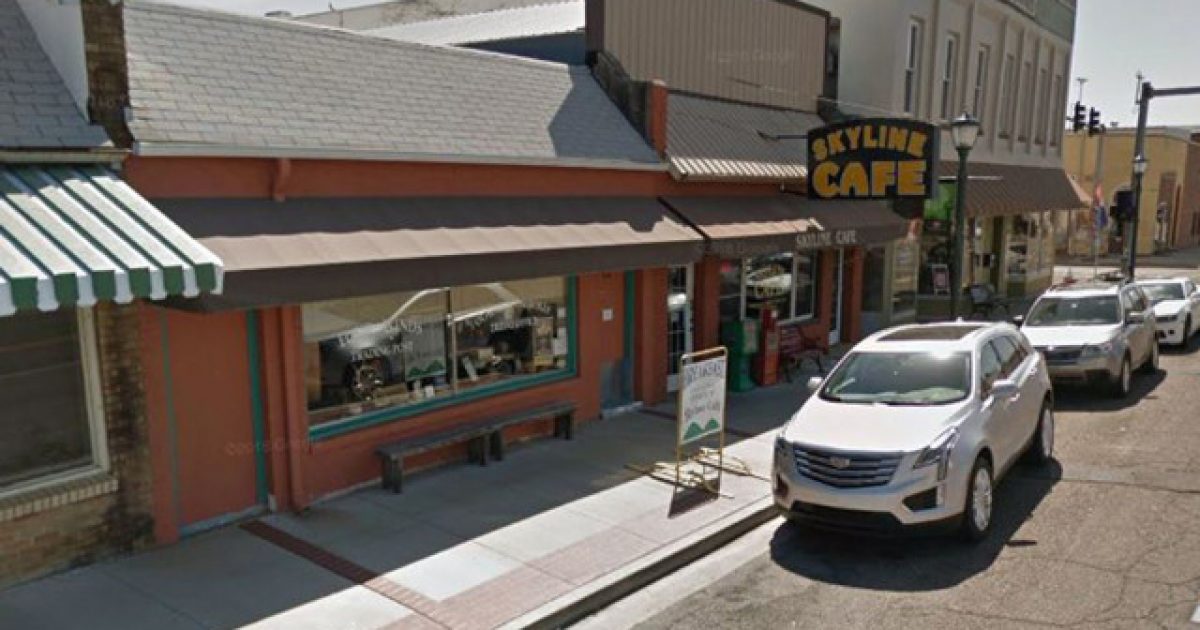 A high school from Mena, Arkansas made a busy family restaurant come to a screeching halt after they broke out into a moving rendition of the National Anthem at a cafe on Saturday.

The performance was so good, the group ended up receiving a standing ovation. What unfolded during the song will help restore some of your faith in the goodness of our nation.

The Skyline Cafe was packed Saturday morning with hungry diners ready for breakfast. However, once Mena High School Spotlight choir started to sing, everyone started to put down their forks and rise to their feet.

In the Facebook video, which has been viewed over 14,000 times, the choir can be heard singing as diners stand and turn toward them.

“The world stops spinning just a minute!” the caption to the video read.

The video was received well on social media, where people left hundreds of comments praising the choir.

“I’m a Navy Veteran from Mena and it makes me really happy to know skyline cafe hasn’t changed. I love this video. Thanks for sharing!” one wrote on Facebook.

“How cool,” another wrote.

This is such a beautiful story. Liberals, working through the mainstream media, would have you believe that patriotism and respect for one’s country is something that has gone out of vogue. Such things, according to them, are vile, wretched, and evil. No one who is civilized would dare to display love for America, as that is elitist, old fashioned, and somehow racist, sexist, and every other “ist” out there.

That’s simply not true, and these kids prove it. There are still young folk in this country that love America and respect the values and principles it stands for. Rather than lamenting about the future generation, perhaps it’s time to put a little extra effort in at home to help create more kids like these, to find the ones that are already there and continue to pour into them, investing in their lives?

We have the power to shape the future. Let’s get to work.

Beautiful Moment at Trump Rally as Crowd Breaks Out in Song