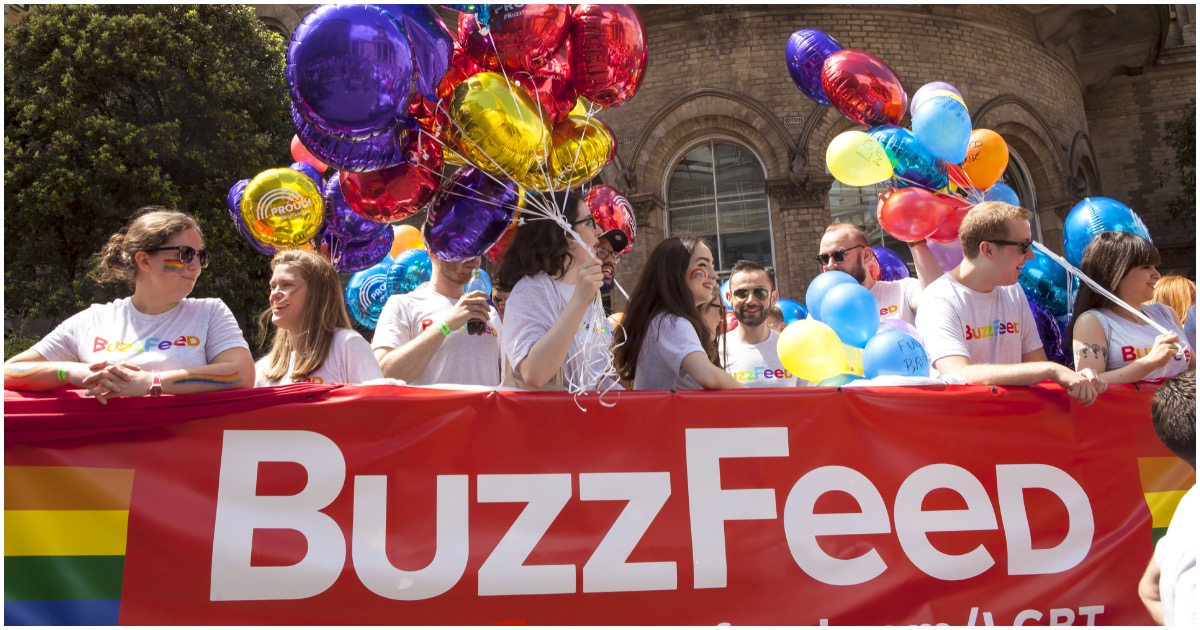 The story was ridiculed and even batted down by Special Counsel Robert Mueller.

BuzzFeed, as well as the liberal media in general, took quite a hit.

Now, hundreds of employees are being shown the door.

BuzzFeed is preparing to lay off about 15% of its employees. The coming contraction is the latest example of a media company making cutbacks in a difficult operating environment.

The reductions will affect multiple departments, including the news division, according to sources familiar with the matter.

BuzzFeed has about 1,450 employees, so about 220 will be leaving, one of the sources confirmed.

Here’s a little taste of the shoddy report:

President Donald Trump directed his longtime attorney Michael Cohen to lie to Congress about negotiations to build a Trump Tower in Moscow, according to two federal law enforcement officials involved in an investigation of the matter.

Trump also supported a plan, set up by Cohen, to visit Russia during the presidential campaign, in order to personally meet President Vladimir Putin and jump-start the tower negotiations. “Make it happen,” the sources said Trump told Cohen.

Kevin Corke, @FoxNews “Don’t forget, Michael Cohen has already been convicted of perjury and fraud, and as recently as this week, the Wall Street Journal has suggested that he may have stolen tens of thousands of dollars….” Lying to reduce his jail time! Watch father-in-law!

In case you forgot, Mueller and his team are doing everything possible to find a connection between Trump and Russia.

They aren’t exactly fond of 45.

Therefore, Mueller smacking down the report from BuzzFeed should speak volumes to lefties.

We cannot underestimate the statement disputing Buzzfeed’s story from the special counsel. I’m sure it pained them to do this. I’m sure this went through many levels at the DOJ and FBI. They don’t talk. This is massive.

BuzzFeed stood by their report:

BREAKING: BuzzFeed News says "we are continuing to report and determine what the special counsel is disputing. We remain confident in the accuracy of our report."