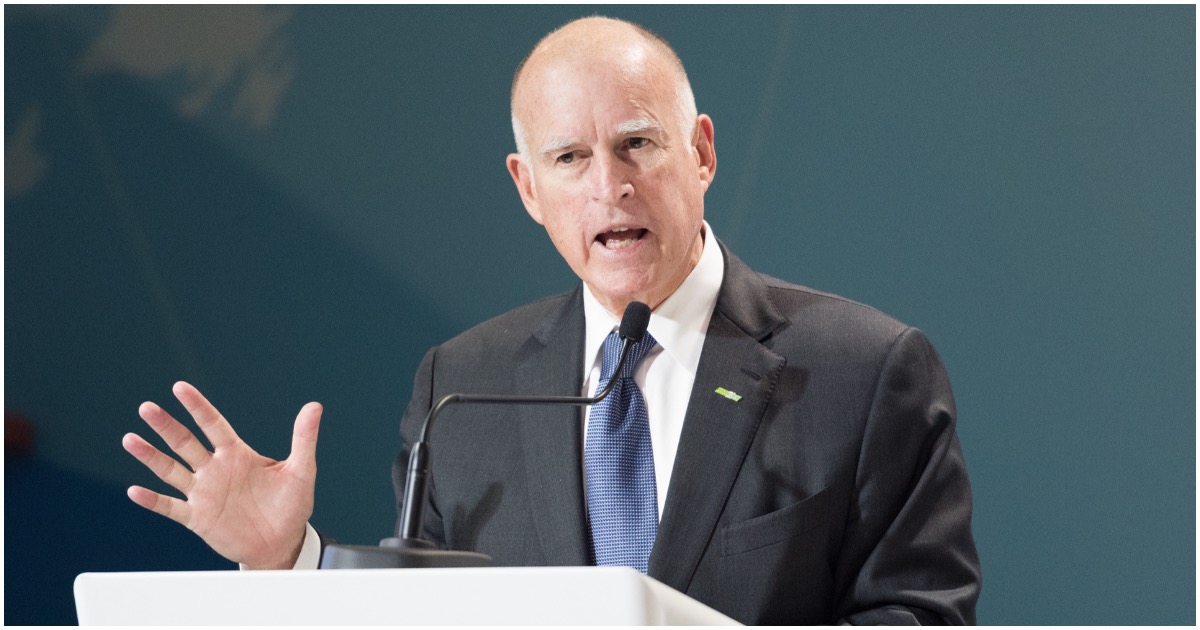 California Governor Jerry Brown is on his way out.

The far, far, far-left politician will be replaced by the equally liberal Gavin Newsome.

Before departing office, Brown made sure to defend his “sanctuary state” policies while disparaging the memory of deceased Police Officer Ronil Singh.

Being a “sanctuary” isn’t enough?

Now, everybody deserves the benefits from a system they never paid in to?