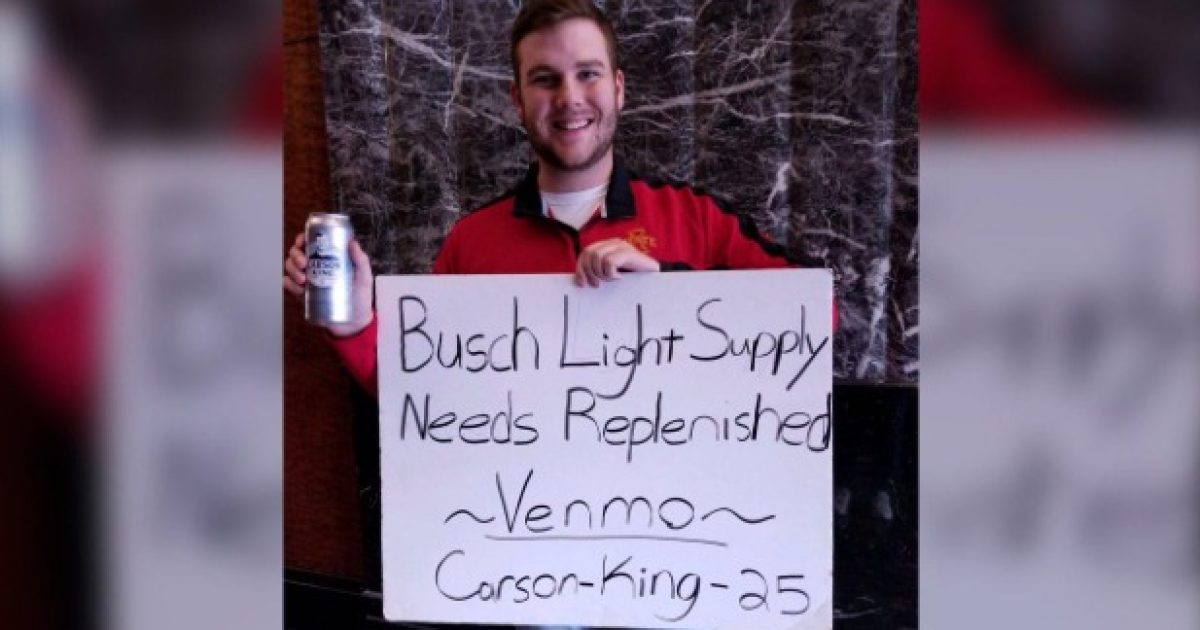 Carson was attending the in-state rivalry college football game between the University of Iowa Hawkeyes and the Iowa State Cyclones known as the Cy-Hawk game. The game was nationally televised on ESPN, and Mr. King made a now famous paper sign asking for “Beer Money”. He then made his way to the background of the cameras and as they say the rest is history…sort of. 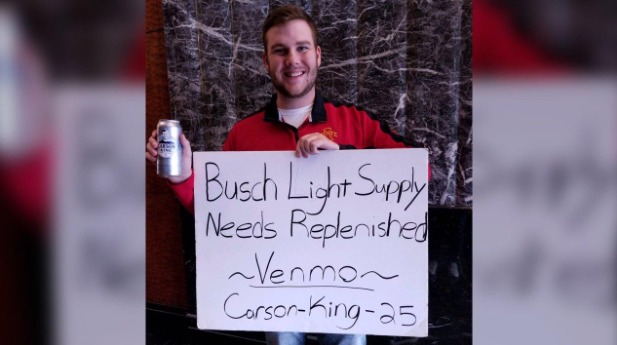 His simple sign read, Busch Light Supply Needs Replenished – Venmo – Carson-King-25 and the money began pouring in. After it reached several hundred dollars Carson decided to give it all to charity rather fund a huge drunken party with it. Good for you Carson King. He decided to donate the money to Stead Children’s Hospital in Iowa City. With that bit of information, the internet went into a viral frenzy.

The money poured in. Both Venmo and Anheuser Busch, who makes Busch Light, said they would match whatever was pledged to the Carson King Venmo account. The numbers skyrocketed. Carson King was an instant celebrity in Iowa and nationwide. He was doing interviews all over the place! They flew him to New York and all the major media outlets ran positive stories on Carson’s generosity. Iowa NICE was cool!

Iowa Nice is super cool actually, but at the Cy-Hawk game it’s kinda put on pause! I live in Iowa and I am a lifelong Hawkeye. I also have a son who is going to Iowa State so I know first hand the rivalry between these two schools. It can get ugly at this in state game, just ask the Hawkeye Marching Band.

Watching our state come together around Carson King and Busch Light beer, who some call Busch Latte, because Iowan’s drink so much of it has been nothing short of amazing. Carson King is a Cyclone. He donated his money to the Children’s Hospital in Iowa City, home of the Hawkeyes. That fact was not lost on Hawkeye or Cyclone fans who are all Iowan’s at the end of the day.

With each news story the money kept growing and now with matching funds it’s over a million dollars that will go to the kids at our fantastic hospital. This story is conceivably one of the most awesome examples of how good humans can be. I personally loved it! I was proud of Iowa for doing it.

Busch Light was even going to release a special edition can with Carson Kings face on it calling him an Iowa Legend. I was planning on buying a bunch of the awesome cans and I don’t even drink Busch Light! I wanted to collect it and put it on my shelf in my bar. Many of my friends planned to do the same. 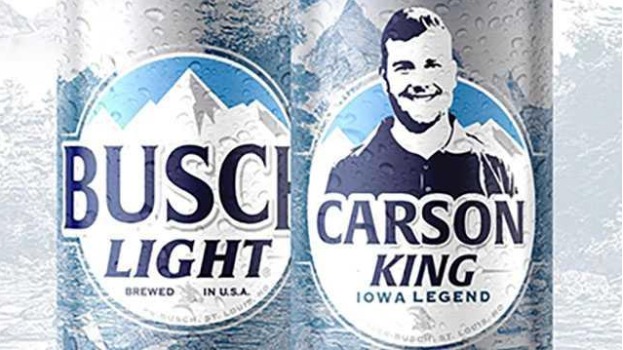 Well, thanks to a reporter at the ‘so-called’ newspaper, The Des Moines Register, that all changed this morning when I read that Anheuser Busch was severing all ties to Carson King due to the discovery of racist tweets from when he was sixteen years old.

Here’s what we know: Reporter Aaron Calvin of the Des Moines Register went back through eight years or tweets and found two racist tweets from sixteen-year-old Carson King. Aaron Calvin also overlooked a tweet from three years ago in which Carson King said, “Until we as a people learn that racism and hate are learned behaviors, we won’t get rid of it. Tolerance towards others is the first step.”

Aaron Calvin didn’t care about that. He only cared about the scoop he thought he was sitting on. His chance to literally destroy a great thing for Iowa and the nation.

It didn’t take long and we had Carson King apologizing for his sixteen-year-old self and Busch Light pulling the plug on their association with him. Here’s King’s statement:

Some have speculated that Busch may have been looking for a way out of the matching commitment because it was growing so large. I don’t know about that, but if that’s true they are crazy! They could have released the Carson King can as a limited edition 1 million cans only and sold them all at $5/can in one day!

This story is so infuriating I hardly know what to say! As a culture this is where we are.

I guess I’m glad we didn’t have Twitter when I was sixteen! The stupid crazy things I said and thought back then would be embarrassing and horrifying to who I am now! I guess poor Carson King never thought he should go through his old social media accounts and scrub them for public consumption. Sure, he shouldn’t have said those racist things. Duh! None of us should have said some of the stupid things we’ve said, especially when young.

Are those things an indictment upon us for our entire lives? I guess so!

The reporter and the Des Moines Register should be ashamed of themselves for what they did to this guy, but even more what they did to the story. You see the story here wasn’t really about Carson King. The story was about people who are very different coming together to raise money for sick kids! The Des Moines Register decided to make it about mistakes in Carson Kings past.

The hypocrisy also goes to an all-time new level as Twitter is merciless and discovered that Aaron Calvin has a bunch of his own racist tweets! The Des Moines Register has no problem employing a reporter who posts racist things on Twitter, but then digging up dirt and calling Carson King a racist to essentially destroy him and an amazing thing he is doing is par for the course for this once great paper. 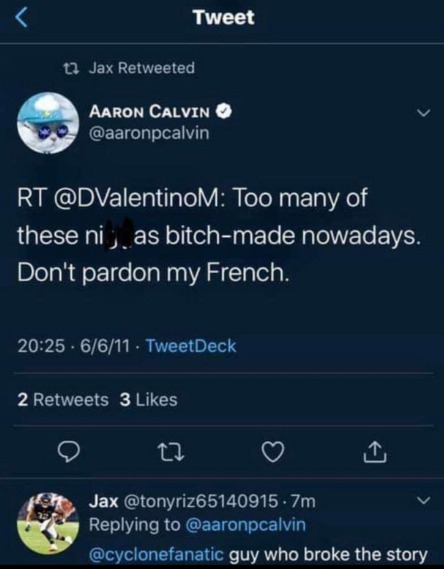 Anheuser Busch is just as hypocritical! They cut ties with Carson in a blink without realizing this was eight years ago and he was a stupid kid who has grown up since then. As a company they’ve changed. At one point they ran racist ads for “Black and Tan” Porter that would make anybody cringe nowadays. Do they still do racist advertising? No, of course not. I guess they are allowed to change, but not Carson King. 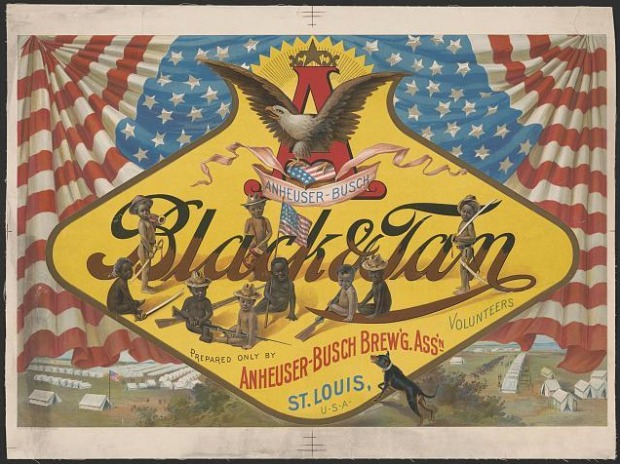 I don’t normally do boycotts, but I am so furious about this, that I will not be buying Busch Light or any Anheuser Busch product for the foreseeable future. Support your local breweries! They are small business owners in your own backyard.

The Des Moines Register and Busch Latte can get poured down the drain for all I care after what they’ve done here.

Hillary Clinton Comes Out In Support Of Impeachment Inquiry Into Trump

Jussie Smollett’s Attorneys Say Actor Shouldn’t Have To Reimburse City, The Reason Why Is Totally Bonkers 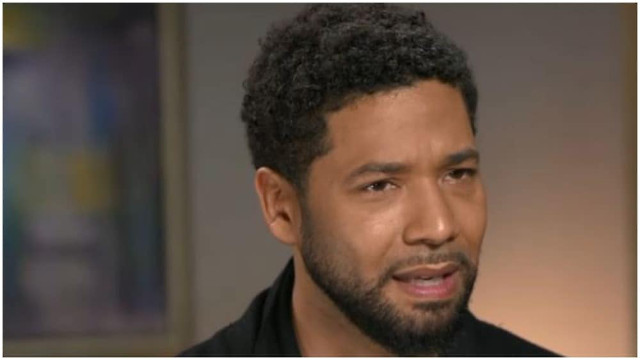 The legal team of disgraced actor Jussie Smollett is trying their best to ensure their client doesn’t have to reimburse the city for expenses related to the cost of investigating an alleged hate crime that the vast majority of the evidence points to him faking. The latest reasoning being employed in attempting to justify such a move is utter ridiculousness. According to the team of lawyers, Smollett shouldn’t have to reimburse the city because he had no idea they would investigate the incident so thoroughly. You can’t make this stuff up, folks. via TheBlaze: Smollett attorney William J. Quinlan said in a motion he filed that asking Smollett to pay the fees was “ridiculous and a stretch.” “The filing of a police report, in and of itself, does not necessitate a sprawling investigation nor does it, as a practical matter, usually result in an investigation as extensive as the one the CPD chose to undertake in this case,” the motion read, according to the Chicago Sun-Times. Quinlan also said Smollett had “no control” over the scope of the police investigation into his claims. He also alleged that the city’s lawsuit was only filed because former Chicago Mayor Rahm Emanuel was frustrated with “the state’s attorney” for “dismissing the charges.” This isn’t Smollett’s first attempt at getting out of paying the reimbursement owed to the city of Chicago. Last month, his attorneys tried arguing that the alleged hate crime against Smollett really did happen and that he had not lied about the incident. Obviously that didn’t work, something which should be totally obvious after looking at the evidence. How dumb are these attorneys? Do they really think such lame reasoning will actually convince authorities to drop the reimbursement? That’s rather insulting, don’t you think? At the end of the day, Smollett…