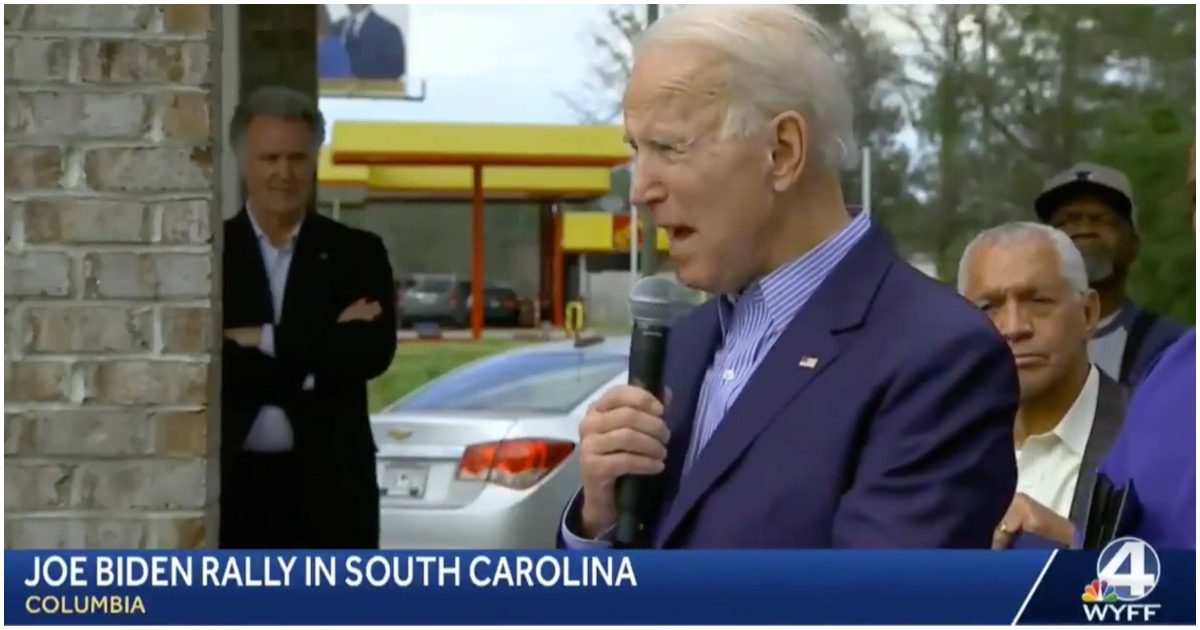 It would be funny if it wasn’t sad. But at this point, it seems blatantly evident that 2020 Democrat presidential candidate Joe Biden is in no position to be even running for office.

Early signs of dementia? Possibly. But gaffe after gaffe, day after day, it’s time to hang up the cleats, old man. Enjoy your millions and ride off into the sunset. Can you really crave power so much that you’re willing to continue to make yourself look like a complete fool on a daily basis?

Tough to watch play out.

It's really just sad – this guy has all the signs of early onset dementia, and they're still pushing him out there. It's elder abuse and they don't care because Orange Man Bad.

Just sad to watch, I watch family go through it and it's the ugliest illness to watch.

Doesn’t he have any loved ones who can advise him to drop out and keep what’s left of his pride?

Embarrassing. Never liked the guy or his brand of politics, but this is sad to watch. He needs to go home and enjoy retirement.

President Trump got rid of Obamacare’s individual mandate for a reason. It was a joke. People hated it.

Joe doesn’t care, though. If he becomes president (on his third try), he’s going to bring it back.