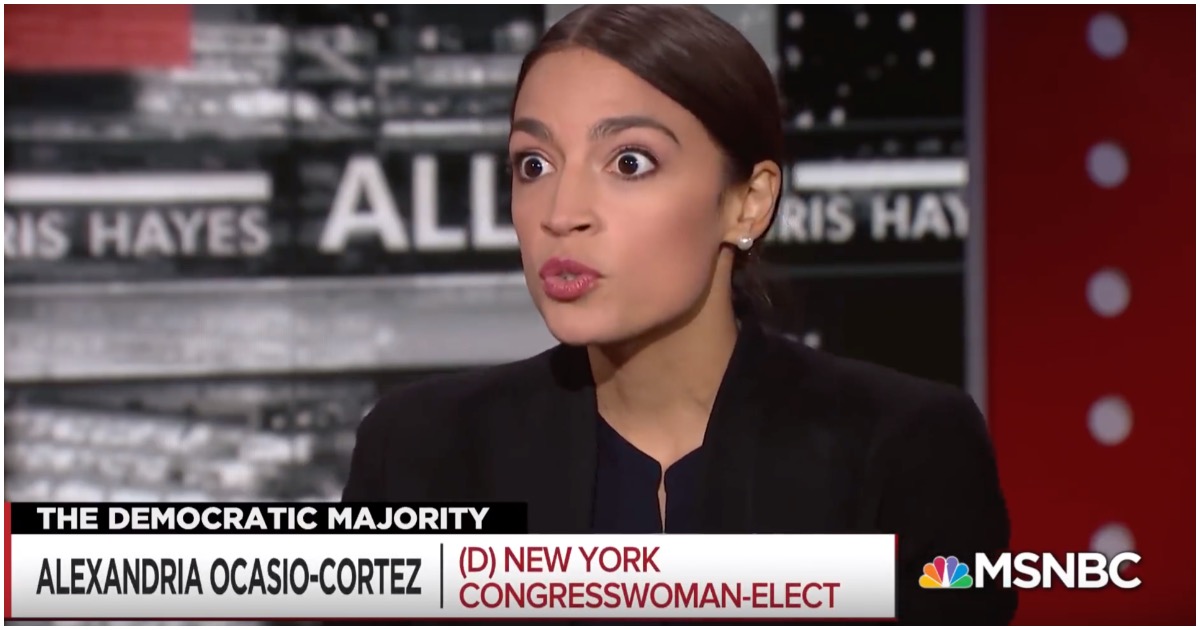 Claire, like dozens and dozens of millions of Americans, believes AOC’s policies are too far left.

She also says that since AOC, a self-proclaimed Democrat Socialist, is so far left, she’s causing people to flee the Democrat Party. 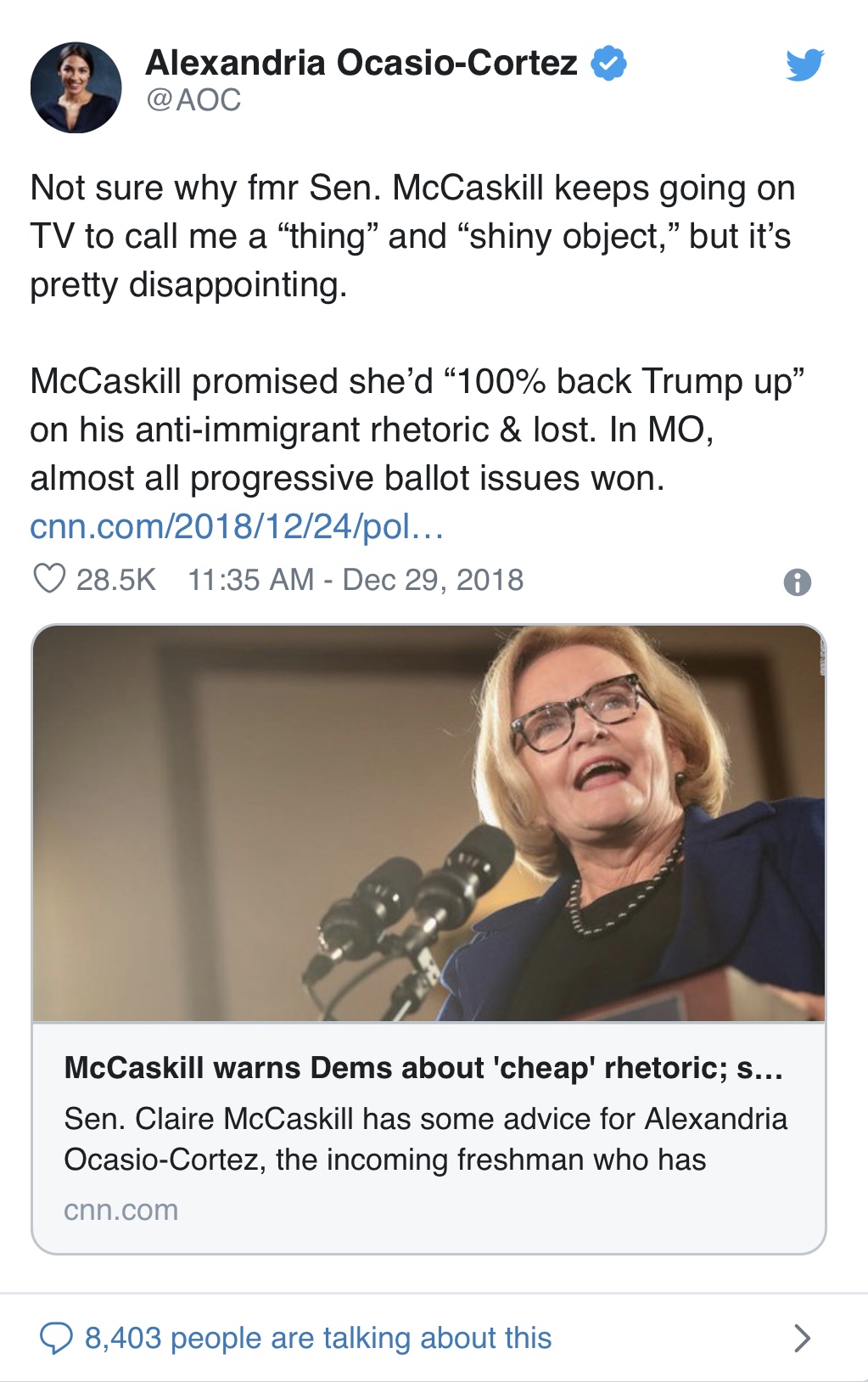 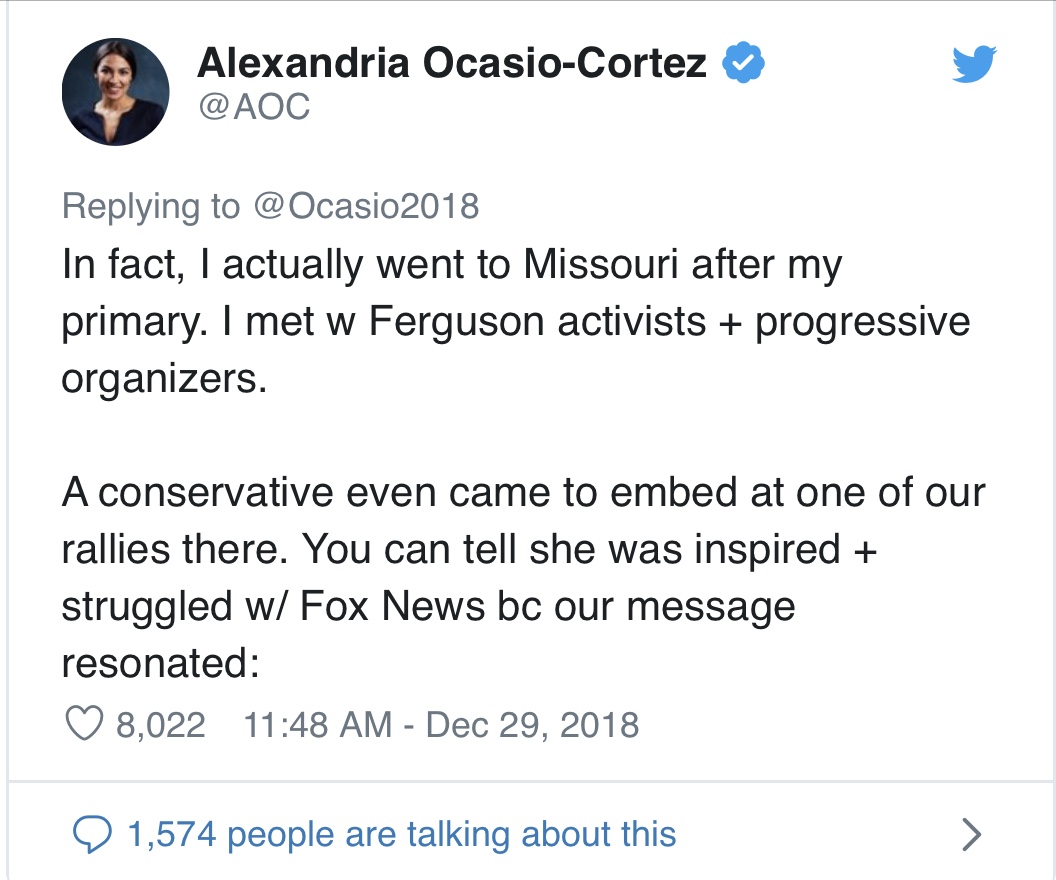 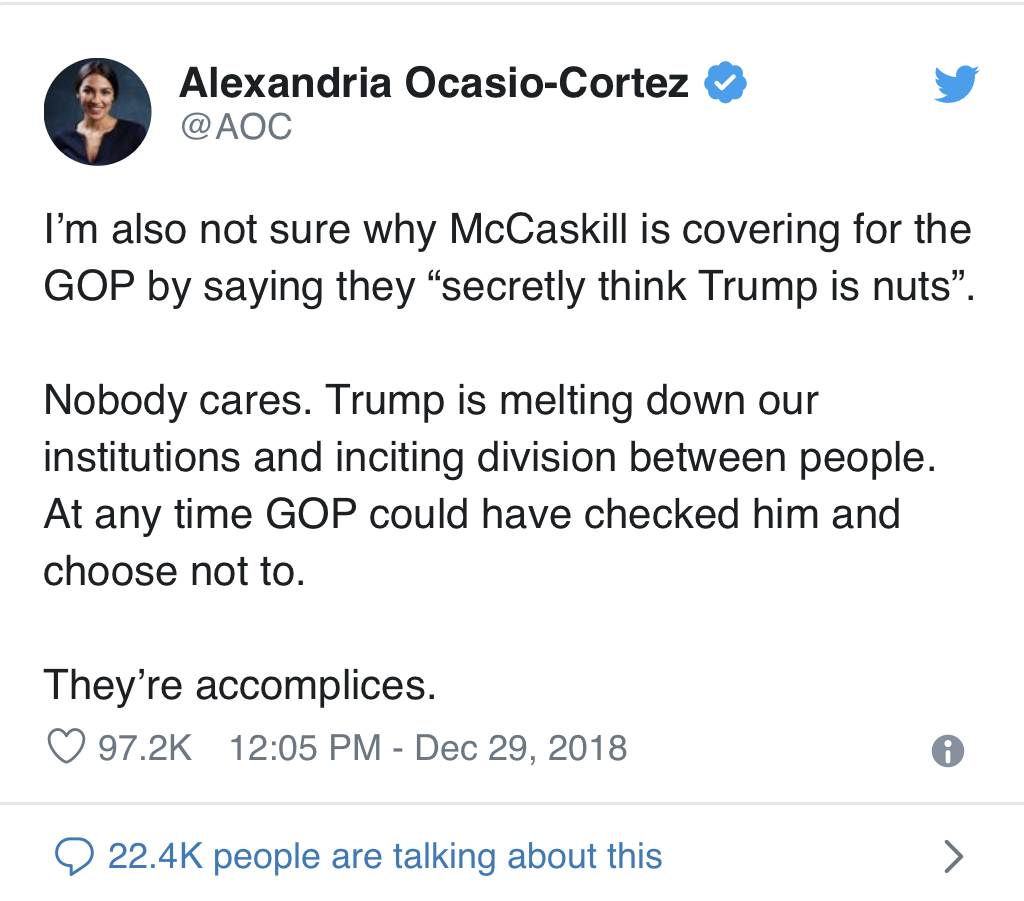 McCaskill, a Missouri Democrat who’s in her final days in office after losing her bid for a third Senate term, told CNN in a wide-ranging interview that her party must begin to focus and deliver on real issues to attract independent and white working class voters — not pie-in-the-sky policy ideas, such as tuition-free college, that have little chance of becoming law. Her concern: Voters grow cynical after hearing campaign promises that never go anywhere, empowering forces like President Donald Trump to rail against Washington for failed promises, as he did in 2016.

Democrats, she suggested, should be cautious about the rise of politicians like the 29-year-old Ocasio-Cortez, who vanquished a Democratic leader, Joe Crowley, in her primary, and have vowed sweeping changes in policy.

McCaskill: “I don’t know her. I’m a little confused why she’s the thing. But it’s a good example of what I’m talking about, a bright shiny new object, came out of nowhere and surprised people when she beat a very experienced congressman.”

“And so she’s now talked about a lot. I’m not sure what she’s done yet to generate that kind of enthusiasm, but I wish her well. I hope she hangs the moon.”

“But I hope she also realizes that the parts of the country that are rejecting the Democratic Party, like a whole lot of white working class voters, need to hear about how their work is going to be respected, and the dignity of their jobs, and how we can really stick to issues that we can actually accomplish something on.”

HOW RICH! California Women’s March Canceled Because Participants Are Too White