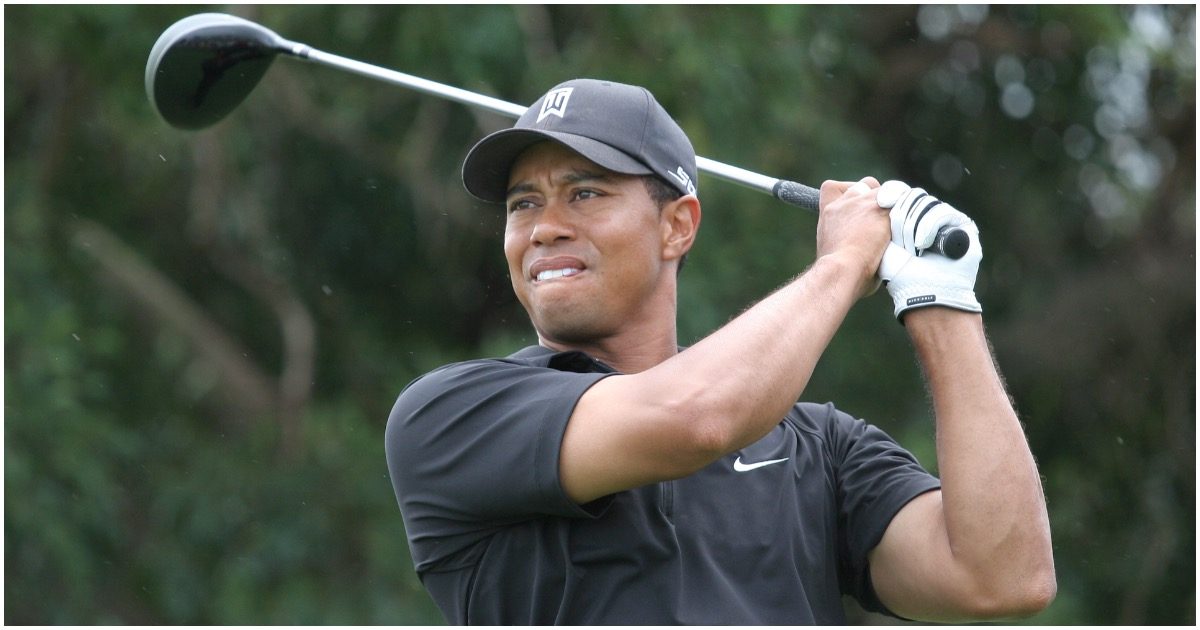 Tiger Woods will most likely go down as the greatest golfer who ever lived. In fact, nobody in his era ever came close to nabbing the throne during his heyday. Like Kobe Bryant, Tiger fell from grace due to infidelity before sneaking his way back into the hearts of sports fans everywhere.

But Eldrick (his real name) still has a very big problem. Lest we forget he has been arrested in the past for DUI.

Tiger isn’t exactly known for being Mr. Sobriety. That being said, the guy isn’t shooting dope into his veins but he has some real issues with staying clean (most likely stemming from multiple injuries).

On Wednesday, the cause of his recent violent car wreck was revealed. And if you think for a second he wasn’t hopped up on something, well, just keep reading…

Tiger Woods was driving at an unsafe speed when he wrecked his vehicle in the Los Angeles area in February, authorities said Wednesday.

Woods was driving between 84 and 87 mph when he first made impact, Los Angeles County Sheriff Alex Villanueva said during a news conference. He was driving 75 mph when the vehicle hit a tree. The posted speed limit was 45 mph.

Authorities said there was no evidence of impairment when first responders arrived. Officials said Woods had no recollection of the wreck. Villanueva vigorously denied that authorities gave Woods special treatment in the case.

A little on Tiger’s past with drugs, from The List:

The car accident comes just after Woods’ 5th back surgery that took place on Dec. 23. Woods had not undergone a back surgery since April 2017 when his lower spine was fused, which took place just before his infamous arrest in May 2017 for driving under the influence (via NBC News). In 2017, Woods had taken several medications just before getting behind the wheel, which were at least partly prescribed to him to aid in his 4th surgery recovery.

Woods sent this message on Wednesday…