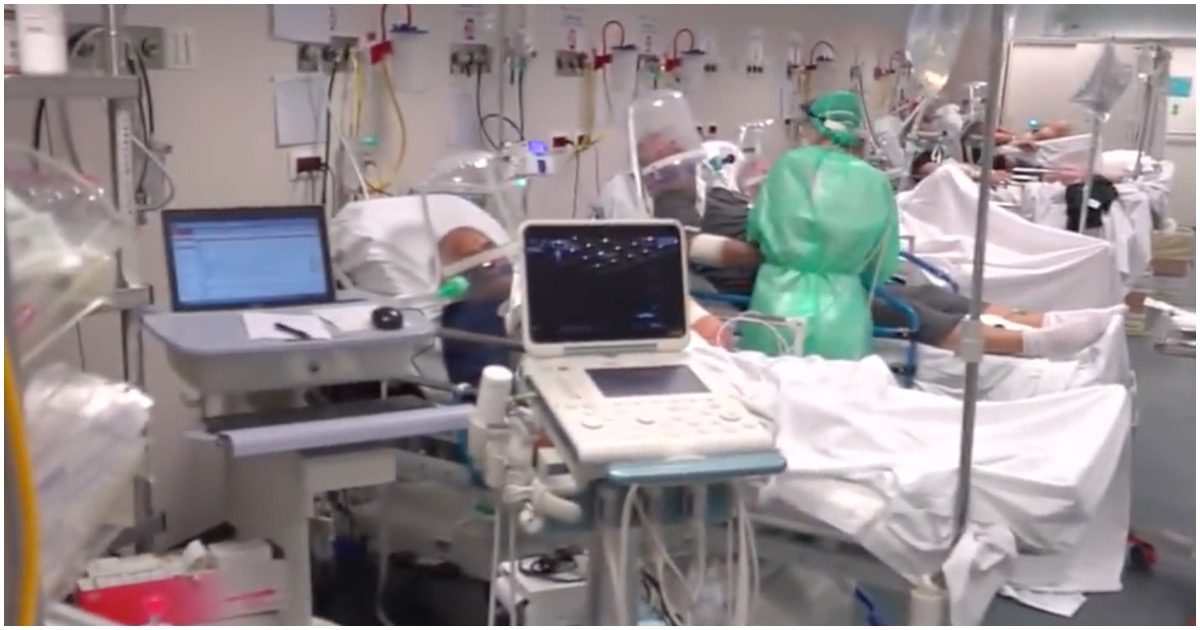 It’s reasons like this why the American people don’t trust the mainstream media. CBS, NBC, ABC, whatever – doesn’t matter. All left-leaning. All Trump-hating.

Is it any wonder why Donald Trump is president? Americans agreed with him back in 2016 that the MSM was going too far in covering for Democrats.

On Wednesday, CBS proved why they cannot be counted on.

During a Pandemic it is essential that the Media gives us real and accurate information.

It’s completely irresponsible for @CBSNews to use footage from an Italian Hospital when talking about the outbreak in New York City.

Just days later, it appears CBS did it AGAIN!

CBSN appeared to yet again air footage of an Italian hospital, this time during a segment on Pennsylvania’s coronavirus crisis, less than a week after originally being called out for the bungle.

The misleading video first appeared on “CBS This Morning” during a report on New York’s novel coronavirus pandemic on March 25. The network was airing footage of a crowded Italian hospital room while talking about New York. The Italian hospital footage was reported by Sky News on March 22 during a segment on hospitals in the country.

After @CBSNews was called out for airing footage of a hospital in Italy and saying it was New York, they apologized and said it was an error.

Less than a week later, they aired the same footage, this time when talking about Pennsylvania.

Tyler Perry Paid For All The Groceries For The Elderly During Senior Hour At 73 Grocery Stores Across Atlanta And New Orleanshttps://t.co/R0Faam9sIg pic.twitter.com/gW8wKmbJ1k

At least 150 members of the Saudi Royal Family have tested positive for the coronavirus. And Saudi health officials are preparing for hundreds more. https://t.co/DRia5OTooY

Many coronavirus deaths are men in their 60's, which at one point seemed old to me but much less so now.

Modern medicine was able to give people who led bad lifestyles a longer life.

Coronavirus has shown that you can't count on this anymore.

Take care of yourselves bros.

Rita Wilson Wants Tom Hanks to Do These Two Things if She Dies Before Him(Video) (via @JustJared) https://t.co/5Wkr1KAiJ1

Now, their “sources” have been debunked.

Animals shelters in Riverside County have run out of adoptable pets as stay-at-home orders increase demand for animal companionship https://t.co/1h1XJ71M3Y

You can still run outside during the coronavirus pandemic. Here's how to do it safely.https://t.co/eCDkLY9C8t

Things you touch at the grocery store that could transmit coronavirus. Must watch video from Just the News https://t.co/gY3t1VycON