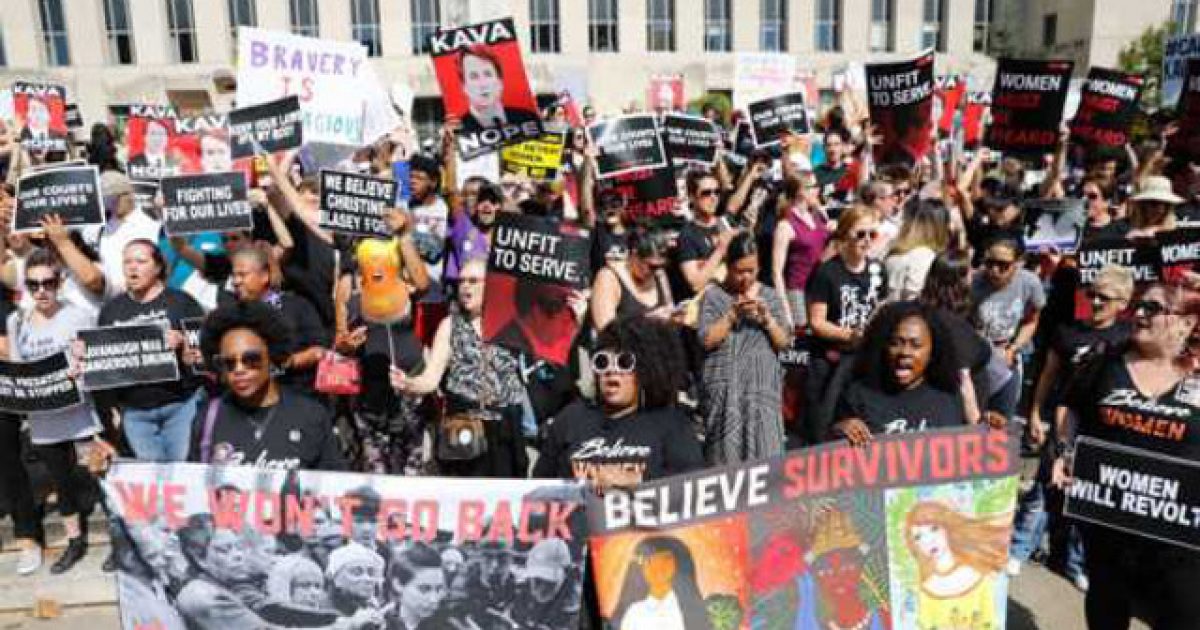 A local CBS anchor from Palm Springs, California has fallen victim to the egregious political correctness that is now sweeping across our country and infecting every single part of our culture after posting a defense of Justice Brett Kavanaugh on Facebook.

Kris Long has been handed a pink slip by KESQ-TV for the post, demonstrating that the only tolerance coming out of the left is tolerance for folks who are part of their group think mentality.

In a since-deleted post, Long announced that, according to the new standards, he “couldn’t get elected dog catcher!”

“Supreme Court nominee Brett Kavanaugh is now having to answer for his actions as a 17 year old!” wrote Long (full text below). “I have absolutely no problem with the Metoo movement. In fact, I would offer that it is long overdue. Far too many women have been subjected to mistreatment for far too long by men with the power to control their lives and paychecks. I have absolutely no sympathy for the increasingly long list of well-known names who have fallen from grace because they thought with their little head and not their big one.”

He continued: “However, you are beyond dreaming if you think 17 year old boys are not going to misbehave from time to time as they begin to attempt relationships with the opposite sex. That is just the way we animals are made! Now, that certainly does not in any way mean that a 17 year old should be allowed to force himself on a young girl. That illegal act is reprehensible at 17, 37, or 77. But to allow someone to accuse a fellow teenager of some lesser miscreant behavior from some four decades ago is, I feel, a real stretch.”

He added later: “If he did actually commit rape as a 17 year old, which has not been claimed, then he should be prosecuted. However, if the act was that serious, and few things are more serious than rape, why has it taken all these many years for his accuser to come forward! This just stinks of political maneuvering. I fear the day may be coming when some otherwise deserving office seeker is deemed unacceptable due to accidentally bumping the leg of a kindergartner of the opposite sex during nap time!”

Now this seems like a simple, level-headed approach to the whole issue that doesn’t lean to heavily to one side or the other, right? Well, that’s exactly the problem for the good folks at Long’s former network. They want a good little automaton who will just go along with the progressive program.

A day before Kavanaugh was confirmed, the channel accepted Long’s resignation. “I want to thank those who have offered support and apologize again for any I may have offended. I hope to return to the news business in the future,” he wrote in a statement Friday. “I wish I hadn’t written (the post) because it’s caused me a lot of headache. This is a sensitive and controversial subject and I apologize for any offense that this has caused.”

Long has also deleted the original post, replacing it with an apology for daring to post his own thoughts and opinions on the subject. Totally unacceptable that he was shamed into apologizing for his comments.

The left truly has no conception of actual right and wrong, nor what it looks like to engage in compelling discussions on important issues facing the country. Sad.

In Light of Kavanaugh Confirmation, Ocasio-Cortez Adds Radical New Item to Her Platform