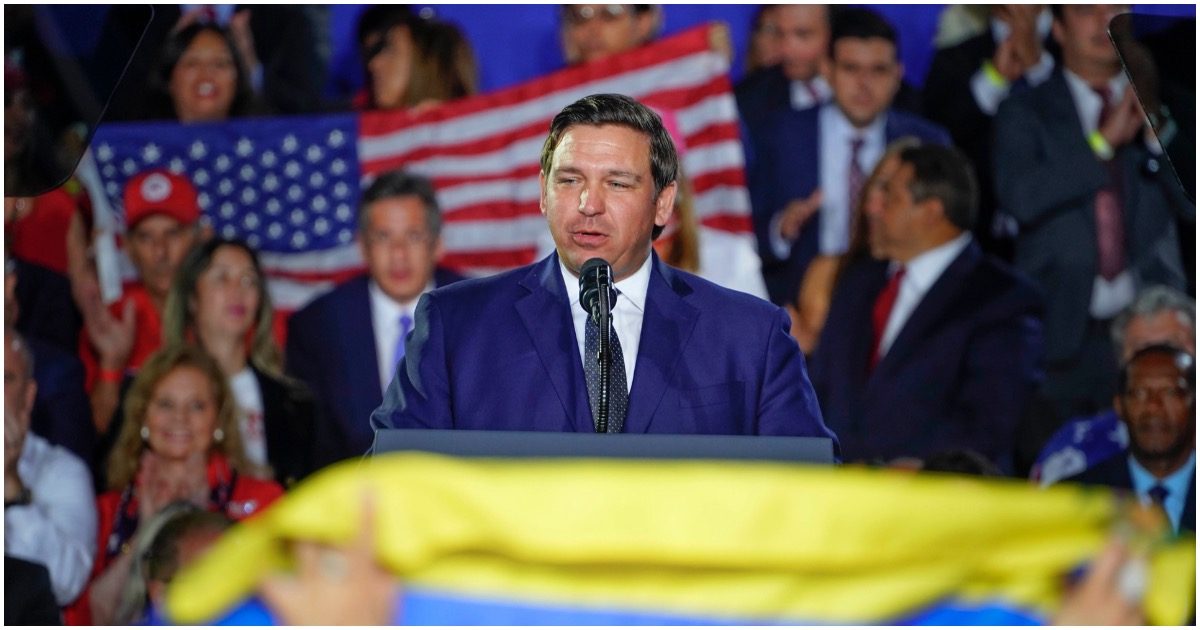 The MSM has an agenda, which is to side with the left and push false narratives daily.

CBS’s “60 Minutes” deceptively edited an exchange that left-wing reporter Sharyn Alfonsi had with Florida Governor Ron DeSantis (R) two weeks ago about the way the Sunshine State has rolled out its vaccination program.

In the clip, Alfonsi suggested that Publix, the largest grocery store chain in Florida, had engaged in a pay-to-play scheme with DeSantis where they donated money to his campaign in exchange for him awarding a contract to the grocery store chain to host vaccinations.

The following text, which was most of DeSantis’s response to the reporter, in BOLD, is what the network edited out…

Ron DeSantis: —that, that’s a fake narrative. So, first of all, when we did, the first pharmacies that had it were CVS and Walgreens. And they had a long term care mission. So they were going to the long term care facilities. They got vaccine in the middle of December, they started going to the long term care facilities the third week of December to do LTCs. So that was their mission. That was very important. And we trusted them to do that. As we got into January, we wanted to expand the distribution points. So yes, you had the counties, you had some drive through sites, you had hospitals that were doing a lot, but we wanted to get it into communities more. So we reached out to other retail pharmacies — Publix, Walmart — obviously CVS and Walgreens had to finish that mission. And we said, we’re going to use you as soon as you’re done with that. For the Publix, they were the first one to raise their hand, say they were ready to go. And you know what, we did it on a trial basis. I had three counties. I actually showed up that weekend and talked to seniors across four different Publix. How was the experience? Is this good? Should you think this is a way to go? And it was 100% positive. So we expanded it, and then folks liked it. And I can tell you, if you look at a place like Palm Beach County, they were kind of struggling at first in terms of the senior numbers. I went, I met with the county mayor. I met with the administrator. I met with all the folks in Palm Beach County, and I said, “Here’s some of the options: we can do more drive-through sites, we can give more to hospitals, we can do the Publix, we can do this.” They calculated that 90% of their seniors live within a mile and a half of a Publix. And they said, “We think that would be the easiest thing for our residents.” So, we did that, and what ended up happening was, you had 65 Publix in Palm Beach. Palm Beach is one of the biggest counties, one of the most elderly counties, we’ve done almost 75% of the seniors in Palm Beach, and the reason is because you have the strong retail footprint. So our way has been multifaceted. It has worked. And we’re also now very much expanding CVS and Walgreens, now that they’ve completed the long term care mission.

"What you're saying is wrong," Gov DeSantis tells Sharyn Alfonsi in response to a question about whether the Publix grocery store chain gained influence through a campaign donation on his behalf. "It's wrong. It's a fake narrative," he says. https://t.co/gyrW9hYPTg pic.twitter.com/5rBq7v5VOA

DAVIDSON: How Well Do You Bounce Back From Adversity?