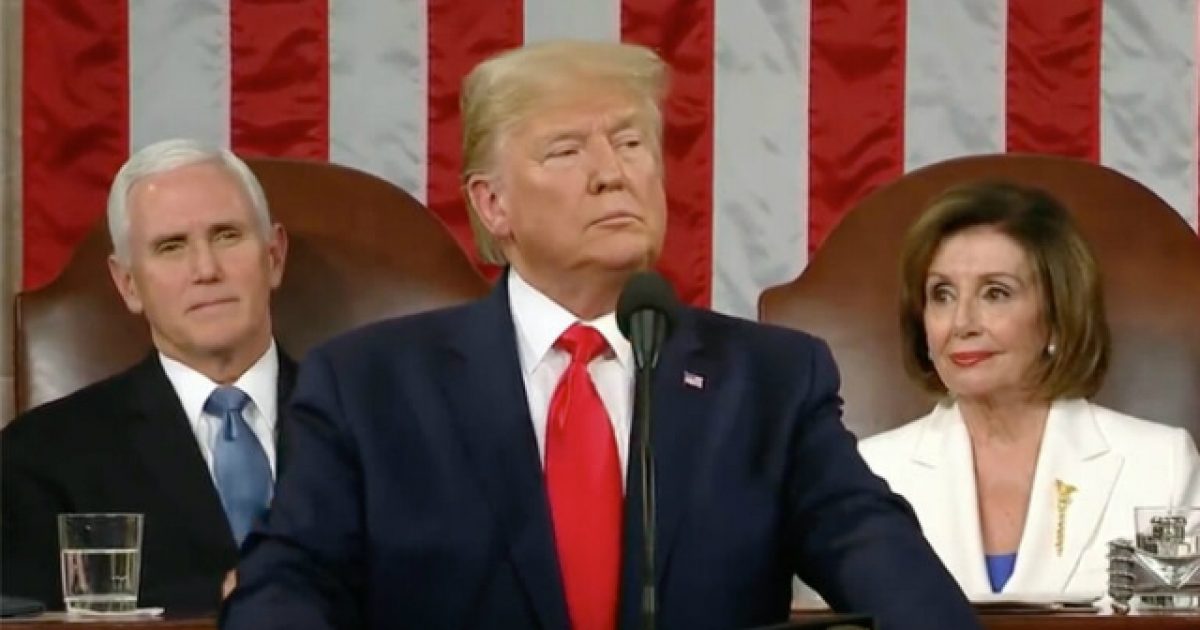 President Trump delivered the most historic State of the Union address in modern history on Tuesday night, and there were no shortage of opinions on it from the peanut gallery of celebrities out in Hollywood.

Now, while the vast majority of thoughts and opinions that came from the entertainment industry are liberal to the core and anti-Trump, let’s not forget there are still some out there who support the president and love their country.

Among those who tuned in to watch the annual update from the president were celebrities like Bette Middler, Sarah Silverman and Chuck Woolery.

As Trump, 73, discussed unemployment, the economy and more, those stars – and more – offered their opinions online.

“Where does he get the stats from? Stephen Miller?” tweeted Midler, 74. “He lies so much, why should we believe him tonight or ever? He THREW PEOPLE OFF food stamps, and didn’t ‘lift’ people off welfare, he kicked them out to join the homeless.”

Where does he get the stats from? Stephen Miller? He lies so much, why should we believe him tonight or ever? He THREW PEOPLE OFF food stamps, and didn’t “lift” people off welfare, he kicked them out to join the homeless.

The horror is the point
The cruelty is the feature –@lsarsour: Trump is literally lauding himself for kicking 7 million people off of food stamps and millions more off of welfare. He’s proud that struggling families are struggling more. The GOP applauded him. SMH. #SOTU”

oh my god where is the lie counter?

So many black folks for the #SOTU. So few for positions of power.

Democrats are seething as Trump introduces and lifts up and recognizes achievements of one Black person after another.

Don’t think Nancy much liked the State of the Union speech tonight, she ripped up the copy the president gave her.
The truth hurts , don’t it Ms Speaker????

As voters in the upcoming 2020 election later this year, the behavior of Pelosi and others during and after the SOTU should tell you everything you need to know about the lack of moral character of the modern day Democratic Party.

Don’t let them forget you have a voice. Exercise it any opportunity you are given, especially at the polls.