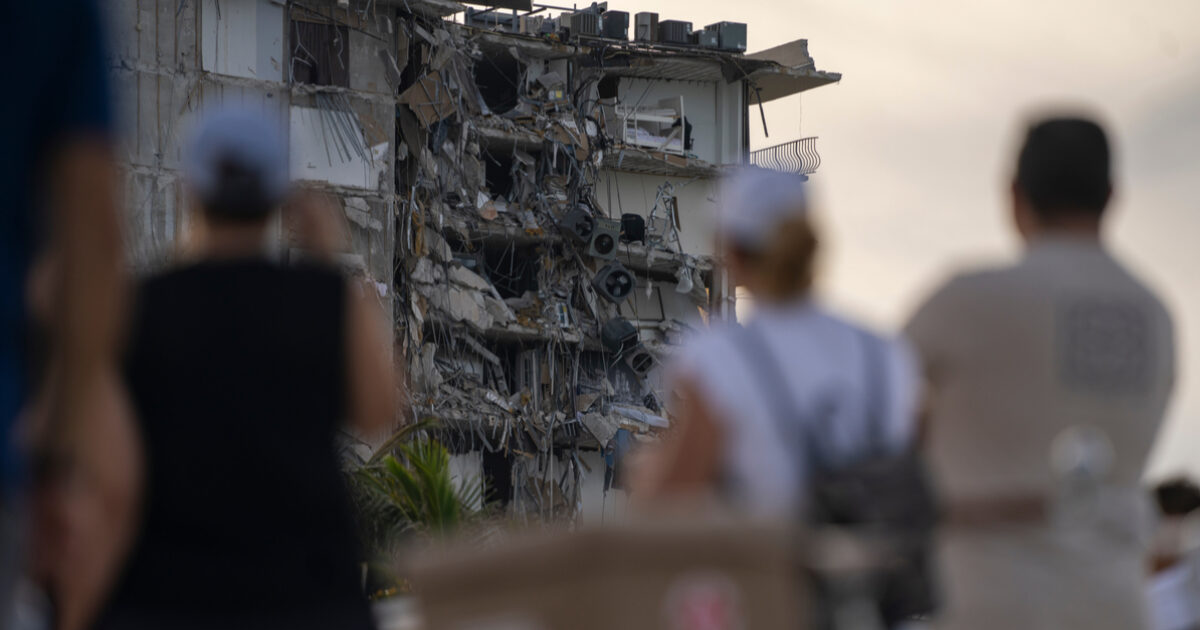 For citizens in Surfside, Florida, a late-night tragedy’s aftermath continues to consumer their every moment, as rescue crews work to clear the rubble and find any survivors that they can.

This work, while frantic in purpose, is metered and calm on the surface.  The are is still an extremely dangerous one, not only for crews looking to be out of the way of any future structural failures, but also for those still trapped in what could be an undulating void of concrete, rebar, glass, and wood.

On Friday morning, three additional bodies had been recovered from the disaster, bringing the fatality count to four.

Investigators have cautioned that they won’t have any definitive theory on why the building collapsed for months, but there is information being made public already that has speculation on the rise.

An April 2020 study by Florida International University professor Shimon Wdowinski and University of Padua professor Simone Fiaschi found that the area where the building collapsed showed signs of land subsidence. That’s a term use to describe settling or sinking of the Earth’s surface, and it has a variety of causes.

The study noted that areas with subsidence are increasingly likely to experience serious effects of rising sea levels.

Wdowinski and Fiaschi found that in the 1990s, Miami Beach experienced subsidence at the rate of 1 to 3 millimeters per year, which the former said could add up to a few inches of over the course of a decade.

But according to a press release from the university, Wdowinski said land subsidence would not be the sole cause of the building’s collapse.

Others have pointed to the atmosphere around the building.

Greg Batista, an engineer who specializes in concrete repair projects, told the Heraldhe suspects concrete spalling, a process whereby saltwater seeps into concrete and ultimately causes support beams to rust, expand and weaken, to be a factor in the building’s collapse.

“If you have one column subjected to spalling, the No. 1 suspect here, it could fail,” Batista told the paper. “That one beam could bring down the whole building like a domino effect.”

The latest estimates show that 159 people are still unaccounted for in the tragedy.