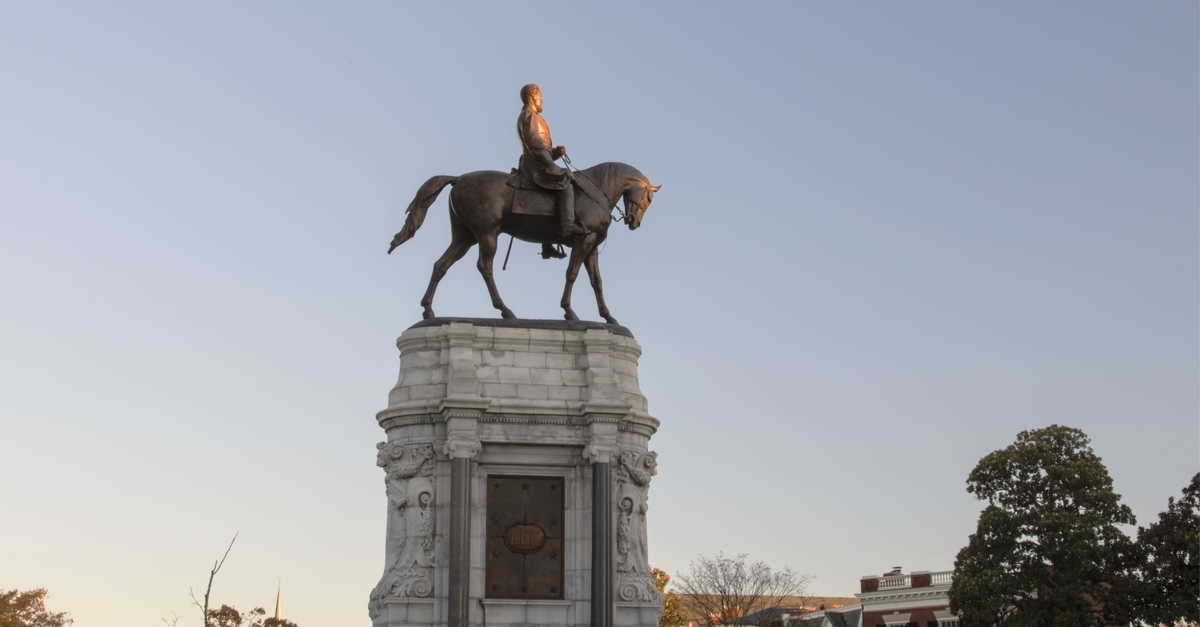 The city of Charlottesville, Virginia will long be remembered for the violence and hatred displayed there during a white supremacist rally and counter protest back in 2017.

The “Unite the Right” rally, which infamously featured a tiki torch parade set to the anti-semitic chant of “Jews will not replace us”, came to Charlottesville after the city began considering the removal of a statue of Robert E. Lee, on account of his work for the Confederacy.

Now, several years removed from that deadly incident, the Lee statue is being removed…along with a slew of other monuments that have nothing to do with the Civil War.

The city of Charlottesville, Va. followed up its removal of two controversial Confederate statues Saturday with the lightning-fast toppling of a third local landmark: a monumental tribute to explorers Meriwether Lewis, William Clark, and Sacagawea.

In an emergency meeting called with 20 minutes’ notice, the Charlottesville City Council voted unanimously to cancel another piece of public art targeted by left-wing activists.

“I feel that it should just be melted down,” Rose Ann Abrahamson, a Sacagawea descendant, said during the council meeting, The Daily Progress reported. “I feel that it’s entirely offensive and it should be obliterated.”

Within minutes, a city work crew — the same group that had dismantled equestrian statues of Gens. Robert E. Lee and Thomas “Stonewall” Jackson earlier Saturday — arrived with ropes, a crane, and pry bars to wrench the artwork off the plinth where it had stood on Charlottesville’s West Main Street since 1919.

“Getting right down to business, not even taking the cherry picker off the truck,” Conger wrote.

Some have complained that the continued censorship of Civil War history is an unacceptable revising of the historical record, leading to a great many debates regarding the proper way to recognize the secessionists.