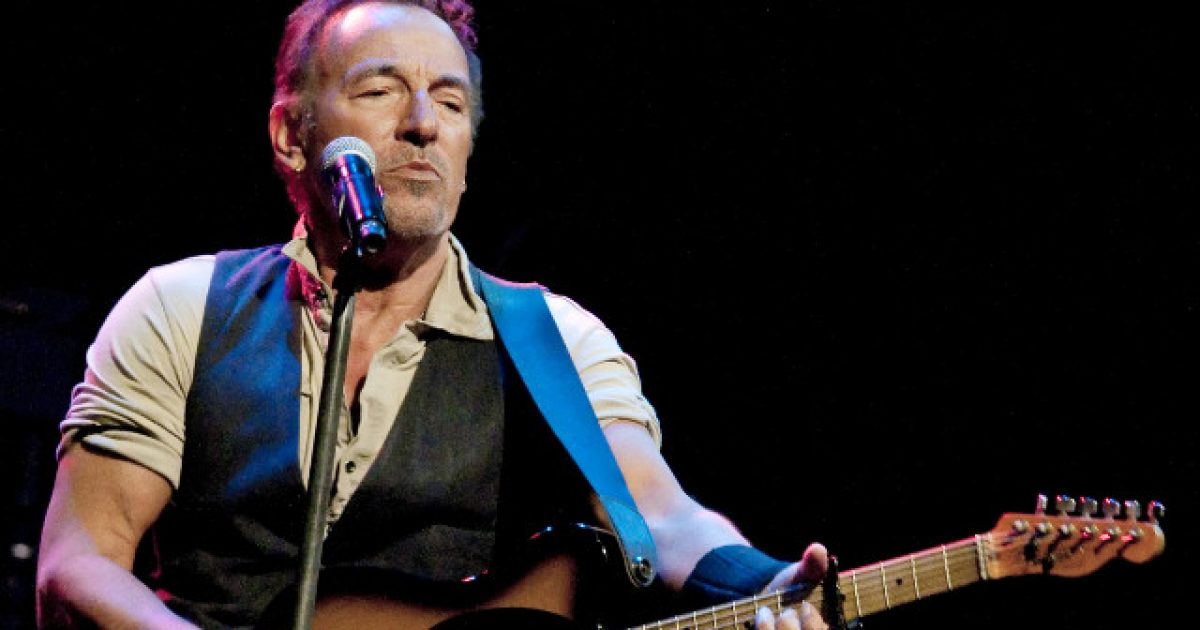 During the last election cycle in 2016, a number of famous folks in a wide range of industries were so distraught by the idea of a President Donald Trump that they vowed to flee from the country if he took home a victory over Hillary Clinton.

Fast forward four years later, and basically, none of those people went anywhere. You know why? Because there is no other country on the planet where they can make the obscene amounts of money they pull down for playing music or starring in films, while also not being taxed into oblivion.

You’d think they’d be quiet about that kind of thing this go around, knowing that none of us in the real world believe their childish ranting. But, here we are, in 2020, and celebrities are once again making promises they do not intend to keep.

The Boss said he’d quit the U.S. and just might move to Australia if Trump wins reelection on Nov. 3.

“I would consider that,” he said Oct. 14 during a virtual chat with Australian press, according to The Daily Mail.

“I love Australia,” he said. “Every time, we have nothing but good times down there. It’s always a treat to come. Love the people, love the geography, great place for motorcycle trips, it’s close to our hearts.”

The Boss also went on to predict without a doubt that President Trump would lose on Tuesday, and that if he’s wrong he’ll “see you on the next plane.”

Tommy Lee, drummer for Motley Crue said he finds America “embarrassing” and thinks that folks in Europe mock us and said if Trump wins he’s “out of here.”

“Dude, I swear to God if that happens, then I’m coming over to visit the U.K. I’m out of here,” Lee said to journalists at Big Issue. “I’ll go back to my motherland, go back to go Greece and get a house on one of the islands.

“The thing that stings the most is that I feel like we’re embarrassing. I feel like people in Europe and the rest of the world look at America and think: ‘What the f*** are you guys doing over there? Stop voting for celebrities and get someone real to run the country.’”

Ricky Martin doesn’t want to be here if Trump wins a second term either.

“I’ve been supporting Biden forever,” the pop singer said during an episode of the Variety and iHeart podcast “The Big Ticket.” “I think he is the only option we have and he is great and he has been in politics all his life. This is the moment. We all need to get together and be loud about the course of this nation.”

“I think when you have 50 million people voting already, it’s because we are not the only ones concerned about this and for that I am extremely happy,” the singer said. “We just take it one day at a time and we’ve had plans like we might leave the country, but no. We have to stay here and we have to fight for our rights and what we believe.”

At the end of the day, no one is going to miss these folks if they do decide to flee the country. Life will continue on without them. The wheels on society keep right on turning.

But come on. We all know they aren’t going anywhere no matter what. They’ll still be here to mooch off the capitalist system they claim to despise, complaining the whole way while rolling in stacks of cash.

Hypocrisy at its finest.