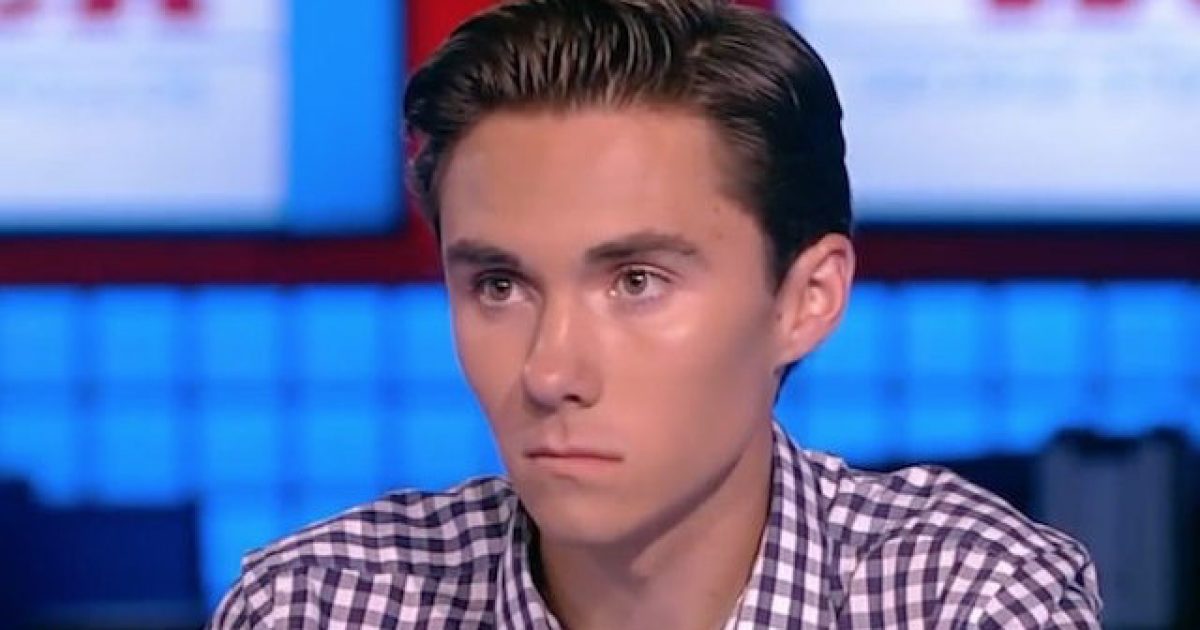 The left is full of obnoxious talking heads these days, but perhaps one of the most flagrant and annoying has to be David Hogg, founder of the March For Our Lives gun control advocacy group and Parkland school shooting survivor.

Hogg, who has made it clear he’s a young opportunist looking to build a career off the back of a tragedy, has been actively involved in the gun control debate ever since the shooting at Marjory Stoneman Douglas High School back in February 2018.

It seems Hogg is truly falling victim to the mental disorder we call liberalism, as he’s now said that if he should die from being shot and killed, he’d like to have his corpse placed outside the headquarters of the National Rifle Association.

“If I die from gun violence I want my photo published, there will be those that say you are politicizing tragedy — They are wrong, not doing anything to stop it this (sic) violence is politicizing tragedy. #MyLastShot,” Hogg wrote on Twitter. “In the event I am killed, organize, mobilize and get the Peace Plan passed and put my body on the NRA’s doorstep in Fairfax, VA.”

In the event I am killed, organize, mobilize and get the Peace Plan passed and put my body on the NRAs doorstep in Fairfax, VA

Hogg called for his followers to use the hashtag #MyLastShot to express their desire to have their photos published if they die from gun violence.

The Peace Plan Hogg references is the recent gun control agenda released by March For Our Lives that is essentially a compilation of the most ambitious gun control initiatives that have been proposed over recent years.

Hogg’s plan proposes a minimum age of 21 to purchase a gun, along with a restriction that only allows you to buy one firearm a month. On top of that, it also calls for a national gun ownership registry, a ban on assault weapons, a ban on high capacity magazines, red flag laws, and a national gun buyback program.

In other words, if it violates the Second Amendment, it’s probably in Hogg’s plan, thus proving that this young man is both woefully ignorant of the God-given rights protected under the Constitution.

It’s time for Hogg to give it a rest. Just be a young man and find some real, legitimate purpose in life that doesn’t step all over the rights of others.

Tulsi Gabbard Destroyed Kamala Harris, Now Look What The DNC Is Doing To Her

WATCH: Biden Stumbles Over Own Words So Badly Even Dems Should Begin to Wonder What’s Up