Is an American Revival Coming? A New Study Gives Christian Leaders Hope for Next Generations

CNN Calls in Bill Maher, But It Most Likely Won't Be Enough After Latest Failure 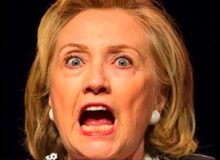 There are plenty of reasons to be seriously alarmed about the situation in eastern Europe at the moment, as Russian troops continue their invasion of Ukraine.

First and foremost, there are the geopolitical ramifications for allowing Vladimir Putin such a wide berth on the world’s stage.  The Russian dictator is a someone who is going to take a mile for every inch given, and the rest of the continent is now keeping a keen eye on his posturing.

But there are far more literal issues at stake as well, including the safety of the site of the Chernobyl nuclear disaster, which Russia has just gained access to.

The reason for the uptick was fairly obvious to experts.

Experts at the state nuclear agency said in a statement that the change was due to the movement of a large number of heavy military machinery lifting the top layer of soil into the air.

The condition of the Chornobyl nuclear facilities and other locations remains unchanged, according to the State Nuclear Regulatory Inspectorate of Ukraine.

The disaster at Chernobyl, (spelling varies), occurred under the rule of the Soviet Union, with the nation acting with extreme negligence in the immediate aftermath of the reactor’s meltdown, which put millions of lives in Europe and beyond at risk.

Hunter Biden is asking the Department of Justice to investigate the people involved in releasing the contents of his laptop.
By Isa Cox, Western Journal  February 4, 2023 Comment MoreShare

A school spokesman said they praying "for wisdom for the doctors now trying to understand how and why this happened."
By Lorri Wickenhauser, Western Journal  February 4, 2023 Comment MoreShare

President Biden said his work "was critical to the passage of the most significant economic agenda in generations."
By Randy DeSoto, Western Journal  February 4, 2023 Comment MoreShare

Despite attempts to discredit the show's first season, Amazon's "The Terminal List" has been renewed for a second.
By Michael Austin, Western Journal  February 4, 2023 Comment MoreShare

An airline pilot who suffered a heart attack weeks after his coronavirus vaccination says the FAA does not want to hear about the incident.
By Jack Davis, Western Journal  February 4, 2023 Comment MoreShare

A media report contradicts a Texas county's version of events about an Election Day paper shortage that was more serious than reported.
By Jack Davis, Western Journal  February 4, 2023 Comment MoreShare

Politics is rough-and-tumble. It's been called a "blood sport." But one congressman remembers that human beings are involved.
By Mike Landry, Western Journal  February 4, 2023 Comment MoreShare

Elon Musk Visited Capitol Hill Last Week, And There's One Group of People He Left Off His Agenda

For Democrats used to rubbing elbows with the like-minded liberal lords of Silicon Valley, this was a worrying situation.
By Joe Saunders, Western Journal  February 4, 2023 Comment MoreShare
Next