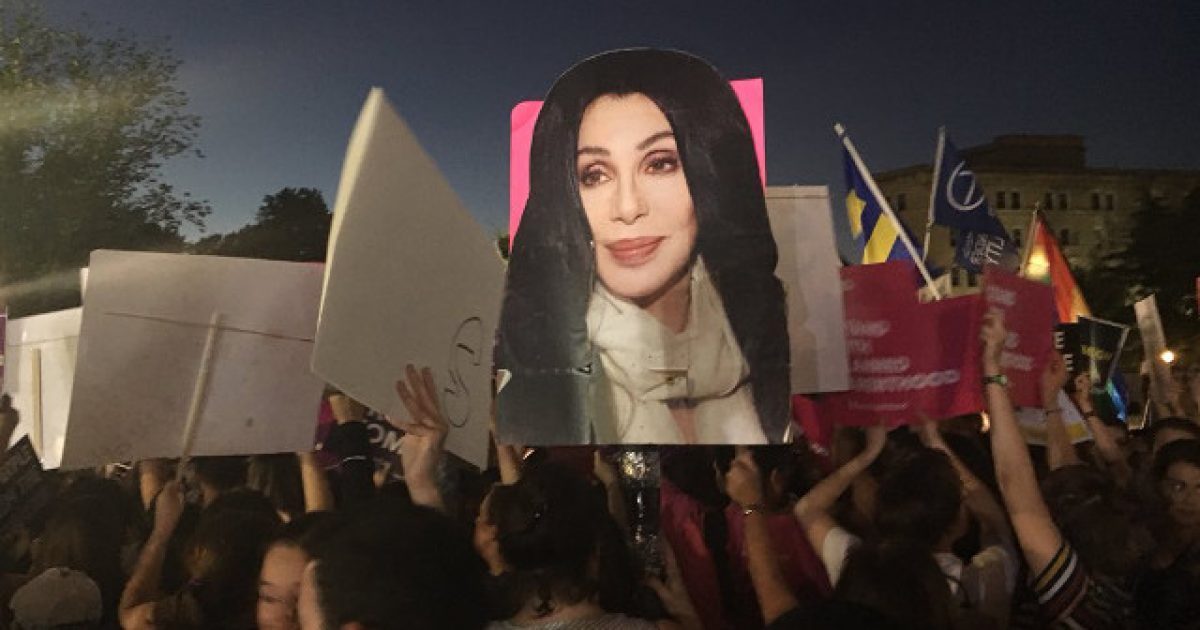 The cult of celebrity in America has been churning out some fairly ridiculous rhetoric as of late, all thanks to the political chicanery of the liberal left.

Hollywood, television, and the music industry have all been fairly well planted on the anti-Trump side of the fence over the course of the last two years, with no shortage of absolutely bombastic and incendiary imagery to go along with it.

One mustn’t look any further than Kathy Griffin to know that this is an undeniable truth.

So it shouldn’t come as any surprise when Cher, of all people, turns to the laziest and sleaziest page of insults in order to vilify the President of the United States.

Pop icon and outspoken leftist  Cher said that President Donald Trump would pose for a “photo op with Hitler” if he thought it would help him be more popular with his supporters.

Cher said that she hopes there is a special hell for “LIAR, WHITE NATIONALIST, RACIST,TRAITOR,WHO’D HAVE PHOTO OP WITH HITLER,IF HE THOUGHT IT WOULD RALLY HIS BASE” in a social media post Sunday.

This is old hat for the aging pop singer.

This isn’t Cher’s first time invoking Nazi Germany to attack President Trump. In 2016, she said that Trump was a “f*cking idiot” and compared him to Hitler and Stalin.

“I was thinking despots — Stalin, Hitler — even though they said the same things, we’re going to make Germany great again, and it was at a time when the Deutsch mark I think was at 25 cents.”

The “everyone I disagree with is Hitler” argument has been one of the most common tactics of the liberal left in recent years, despite the fact this constantly downgrading The Holocaust in such a way is incredibly offensive and ignorant.