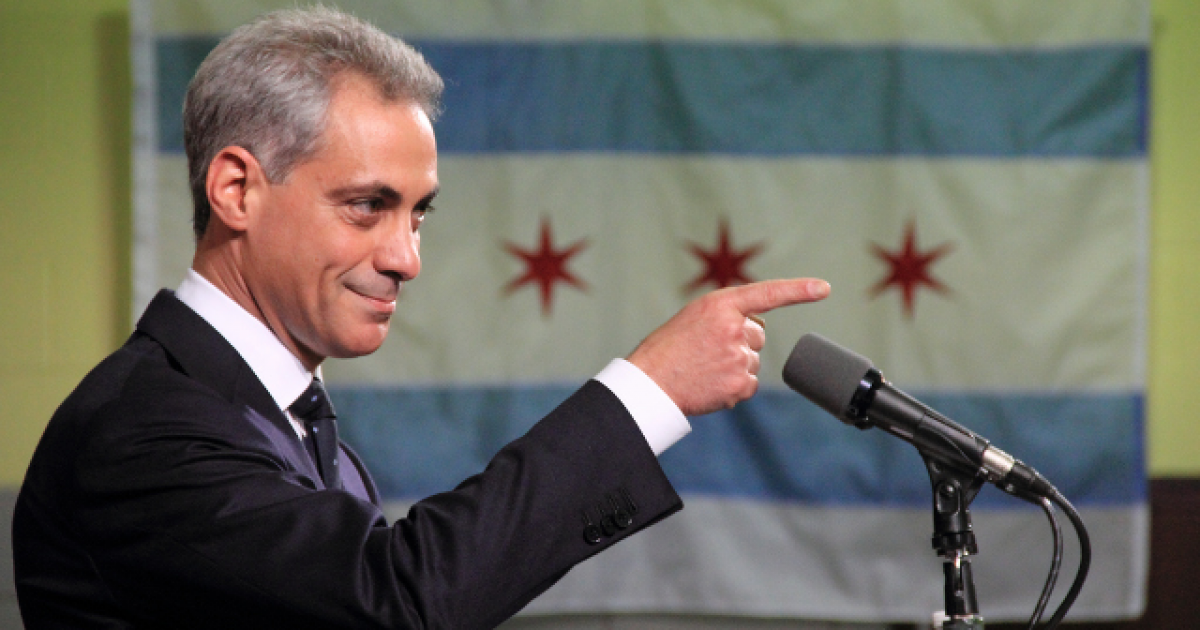 While prosecutors in the case seem to have suggested that Jussie Smollett’s hate hoax controversy is over, nothing could be farther from the truth.

Smollett, who Chicago Police say paid two men to stage a hate crime against him to raise his public image, was given the gift of a lifetime this week after prosecutors dropped all charges against him.  The reasoning for the dismissal was weak, especially given the vile and felonious nature of Smollett’s hoax, and the nation as a whole has been livid ever since.

Chicago’s Mayor Rahm Emanuel was infuriated, and publicly denounced the decision several times over the course of the last few days.

Now, however, Emanuel is finding a way to exploit the travesty of justice in order to score political points against President Donald Trump.

Emanuel had the following to say at a press conference on Thursday.

“Look, I’ve always said from day one this is a Trump-free zone, the city of Chicago, and I mean it,” Emanuel told reporters. “Let me be really clear about something: The only reason Jussie Smollett thought he could take advantage of a hoax about a hate crime is for the environment, the toxic environment Donald Trump created.”

“This is a president who drew a moral equivalency between people who are trying to perpetuate bigotry and those who are trying to fight bigotry,” the mayor continued. “As somebody who started his own journey in politics fighting the neo-Nazis in Skokie and Marquette Park, President Trump should literally take his politics, move it aside.”

While Emanuel is right about Smollet’s crimes being completely unacceptable, his insinuation that racial tensions in America can be blamed on the President is obtuse and inflammatory…and almost certainly purposefully so.