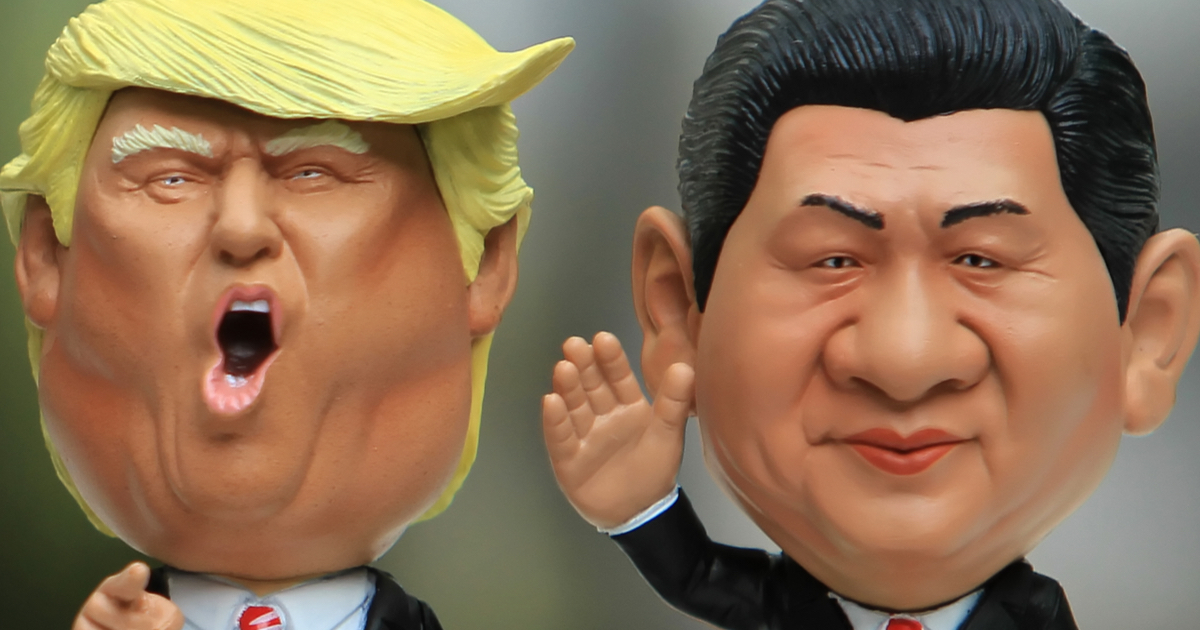 Despite the bevy of naysaying exuded by the democratic left, Donald Trump seems to be making serious headway in his “trade war” with China.

The idea of going up against the most populous nation in the world, which also happens operate via communism, is a daunting one, especially when it comes to an economic conflict.  China can, quite simply, pivot industries more aggressively than the US can.

Of course, this comes with the hefty price tag of poisonous, smog-rich air in many major cities, and the horrific working conditions that are seen throughout the nation.  The United States won’t be adopting those tenets of business anytime soon, thank goodness.

So, the US stays civil, using diplomatic financial weapons like sanctions to get their points across and keep everything competitive.  When China defies those sanctions, there will be consequences.

As it turns out, China is finding this out the hard way this week.

The arrest of a top Chinese technology executive by Canadian authorities acting at the behest of the United States is threatening to upend the Trump administration’s efforts to sustain a trade truce with China.

The arrest of Sabrina Meng, the chief financial officer of China’s largest mobile phone marker, has been condemned by Chinese officials, who are calling for her immediate release. The U.S. has reportedly requested Meng be extradited to New York, where she would reportedly face federal charges of violating Iran sanctions.

Hu Xijin, the editor in chief of the Global Times, described the arrest as a “declaration of war” against China, according to the New York Times. The Global Times is a state-run newspaper whose views are thought to reflect the ruling communist party in China. Hu’s comments were made on Weibo, a Twitter-like service, the New York Times reported.

Given that Donald Trump had recently negotiated a temporary truce in the “trade war” between the United States and China, the timing of the arrest is certainly suspicious.

The language used by the Chinese government was brutal.

“Without any solid evidence, the Canadian and US governments trampled on international law by basically ‘kidnapping’ Chinese citizen Meng,” an official with the Chinese Ministry of Commerce said in a Global Times op-ed. “The China-US trade row could become a protracted war.”

The Global TImes also reported, in a news story, that Chinese experts view the arrest as an intentional effort to “heat up the ongoing trade war.”

There is currently no indication that President Donald Trump was briefed on the arrest prior to the incident itself.

Russian Media Now Bragging About “Chasing Off” US Warships