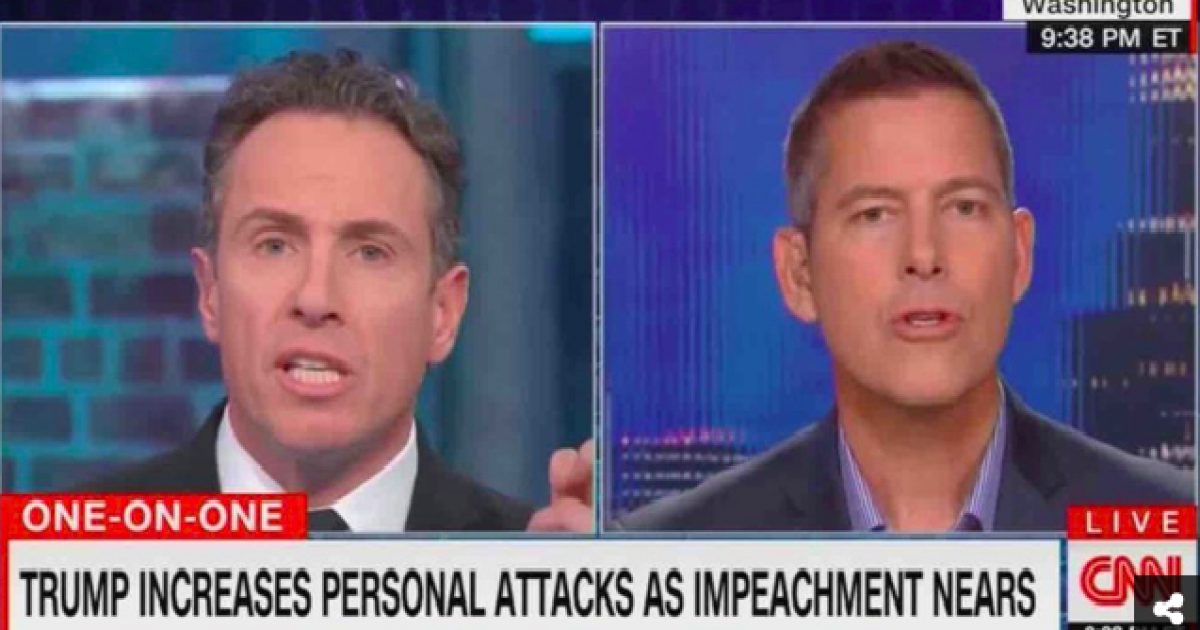 CNN host Chris Cuomo is not a big fan of President Trump taking on House Speaker Nancy Pelosi, quipping on Twitter about her teeth falling out of her mouth, one of many shots the president took at her over the articles of impeachment she has brought against him.

Cuomo said that if you’re a Christian you can’t support the “ugliness” the president “spits out.”

“Should you be defending a man when you know it will force you to own the ugliness that he spits out so often that you can’t possibly agree with?” Cuomo asked rhetorically. “The question becomes: How do you keep your credibility with this kind of silence?”

Cuomo argued with Duffy that “telling the president he’s right is being a follower, telling him he’s wrong is being a leader, and nobody seems to want to do that in your party.”

“Sean, you guys will say, ‘Well, we don’t like everything he says.’ No, you never say that you don’t like what he says,” Cuomo continued. “None of you will say, ‘He should not have said that about Nancy Pelosi. It was an ugly remark that is beneath the presidency.’ None of you have said it.”

But when Duffy said everybody in the political spectrum has a “responsibility … to be more respectful with one another,” that wasn’t good enough for the host, as Cuomo asked, “Why would I take that message from you when you refuse to call out the person who says the ugliest things most constantly?”

Duffy went on to ask Cuomo where CNN was when Rep. Maxine Waters was making comments encouraging leftists to publicly denigrate Republicans when they see them out in everyday locations, a comment which sparked a lot of actual face-to-face confrontations.

Cuomo, though, insisted his network did hold Waters accountable for her remarks.

“I can’t believe that your argument is ‘there are people who support the president who feel that he’s taking too much criticism, so they are OK with him saying that Nancy Pelosi’s teeth are falling out.’ Where is your high ground?” Cuomo replied.

Duffy fired back with, “But do you think it’s okay for…Pelosi to call into question [Trump’s] manhood or to call him an imposter?”

Cuomo avoided answering the question by stating, “She says she prays for him every day and doesn’t hate him.”

This is when Cuomo decided to try pulling the Christianity card.

“Remind me, Sean, are you a Christian?” Cuomo asked. Duffy said yes.

“Your party basically wants to make Christianity the religion of this country, but certainly the guiding light of its party,” Cuomo continued.

Duffy shot Cuomo down by stating the GOP wants “freedom of religion.”

Cuomo then fired off at the mouth with the same tired junk you hear on a regular basis from the left, “Which often gets translated into the ability to discriminate against other.”

Then he dropped the Big Bomb.

“If you want to hold yourself as a Christian, you can’t make any of the arguments you’re making right now.”