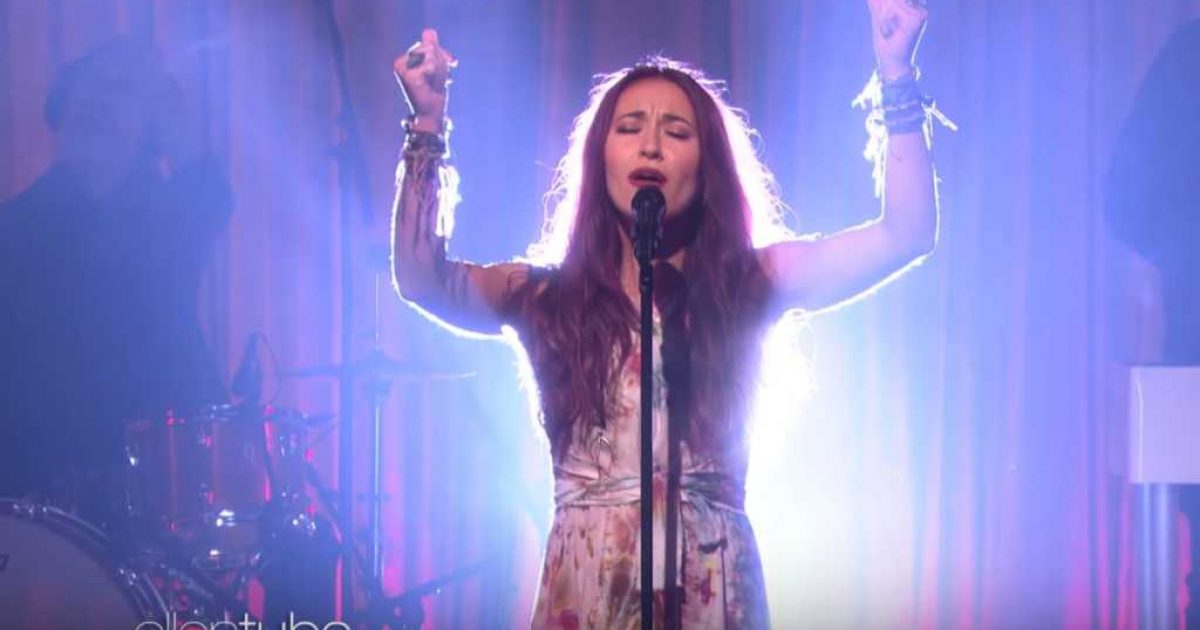 Christian artist Lauren Daigle has been taking the music industry by storm with her new album, “Look Up Child.”

And no, I don’t mean the Christian music industry.

I mean the music industry as a whole.

The album has so far out-performed far more popular secular artists like Drake and Ariana Grande, and if you listen to just a few moments of Daigle’s powerful voice and heartfelt praise, you’ll certainly understand why.

You might be wondering how a Christian artist came to appear on a talk show hosted by one of the most famous outspoken homosexuals in the US, but again, Daigle’s talent speaks for itself.

We’re not sure why Ellen’s producers thought it would be a good idea, but if you’re a Christian who takes the Great Commission seriously, you can certainly appreciate why Daigle agreed.

And this is exactly why she defended her appearance on the show after receiving a mixed response from the faith community.

Daigle responded to her detractors during an interview with WAY-FM, explaining, “I think the second we start drawing lines around which people are able to be approached and which aren’t, we’ve already completely missed the heart of God.”

“I don’t have all the answers in life,” she continued, “but one thing I know is that I can’t choose who I’m supposed to be kind to and who I’m not, because that’s the mission, right? Be who Christ was to everyone as well.”

he popular Christian singer also revealed it was Degeneres who personally chose “Still Rolling Stones,” the song Daigle sang during her appearance on the nationally syndicated show.

“I don’t know why,” Daigle said, “but I know that she’s really purposeful in choosing a message as well, so maybe that was the one that spoke to her the most.”

Can you imagine Paul refusing to speak on Mars Hill? Jesus sending the woman at the well away because she was a Samaritan?

While it’s unlikely Ellen has given her life to Christ since Daigle’s performance, you never know what kind of seeds her presence there planted.

You don’t have to condone someone’s lifestyle to share the Gospel with them, in fact, if you don’t, it makes it all the more important to minister to them.

WATCH: Veteran and Star of ‘Indivisible’ Shares the Incredible Prayer That Changed Her Life