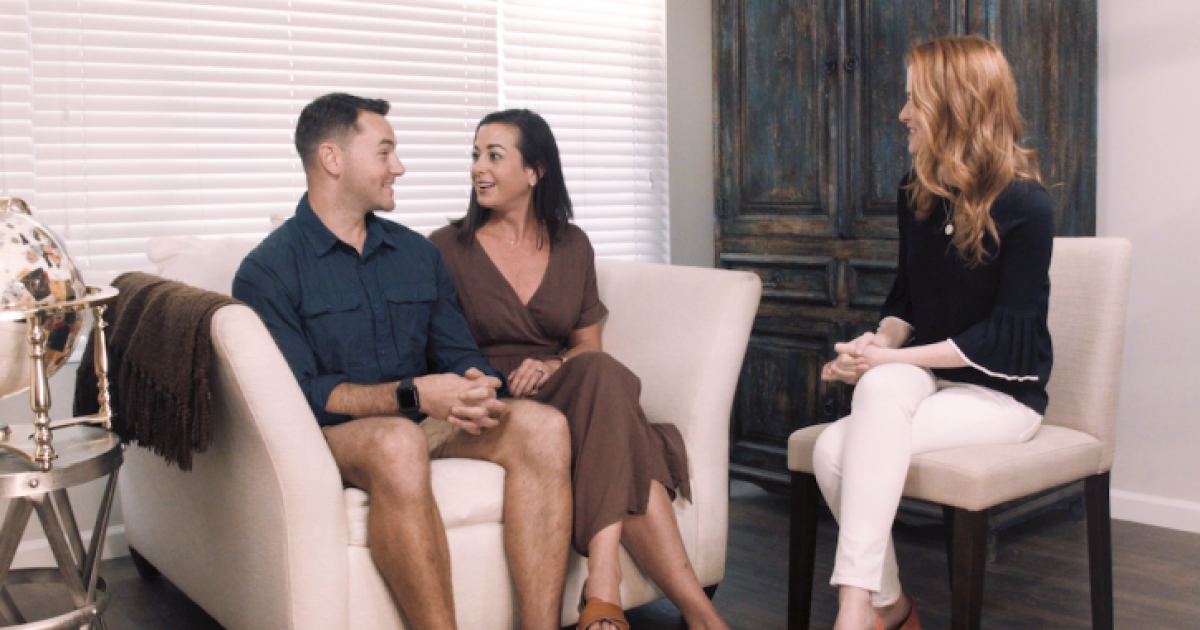 When a family makes the decision to adopt a child, they sign up for a lifetime of opening their hearts and homes to precious little (or big) people, and it’s a beautiful reflection of how God adopts us into his own family through his Son.

There are many services to help adoptive parents overcome the social and emotional hurdles that can come with the territory, but financial assistance to help with the massive costs of adoption is hard to come by, often resulting in many families feeling they simply can’t afford to adopt.

When one Carlsbad, California couple felt the pressing burden to adopt children, they received an amazing blessing from a surprising source.

For Lindsay and Major Colin Culkin, no amount was too costly when it came to fulfilling their conviction to adopt. After concluding two years of overseas deployment in China, the Culkins returned home and began the lengthy process of adopting two twin sisters.

“I watched someone that I had worked with adopt and it just really touched my heart,” Lindsay shared in an interview with PureFlix about the decision to adopt. “It was real, it was hard, it was emotional, but it was beautiful and loving and everything in between.”

Although the Culkins officially adopted their daughters and brought them home last summer, they’ve been paying off the expenses associated with the adoption ever since.

That is, until Adopt Together stepped in.

Adopt Together is an adoption crowdfunding project of the Hoping Hearts Foundation. Think GoFundMe for adoption costs. This resource is such a blessing in making adoption more accessible for families, which in turn means more kids finding loving homes.

When the folks over at PureFlix learned of the Culkin family’s situation, lifting their burden became a mission.

The Culkins got the surprise of a lifetime when they thought they were being interviewed by PureFlix to share the story of their adoption journey, but the truth was much, much bigger.

What an incredible gift to this family! PureFlix has made a habit of surprising adoptive parents this way, and it truly is such an incredible way to bless people who have sacrificed so much to give a child a home.

If you believe in the Adopt Together mission, please consider lifting up and supporting families like the Culkins. If you feel called to open your home to precious children but are unsure of how to afford it, Adopt Together can help you on your journey.

WATCH: Not a Dry Eye in the House When Marine Surprises Family at Mall for Christmas Family Photo

Arizona Hiker Finds Balloon With Note to Santa. What Happens Next Is Nothing Short of Miraculous.