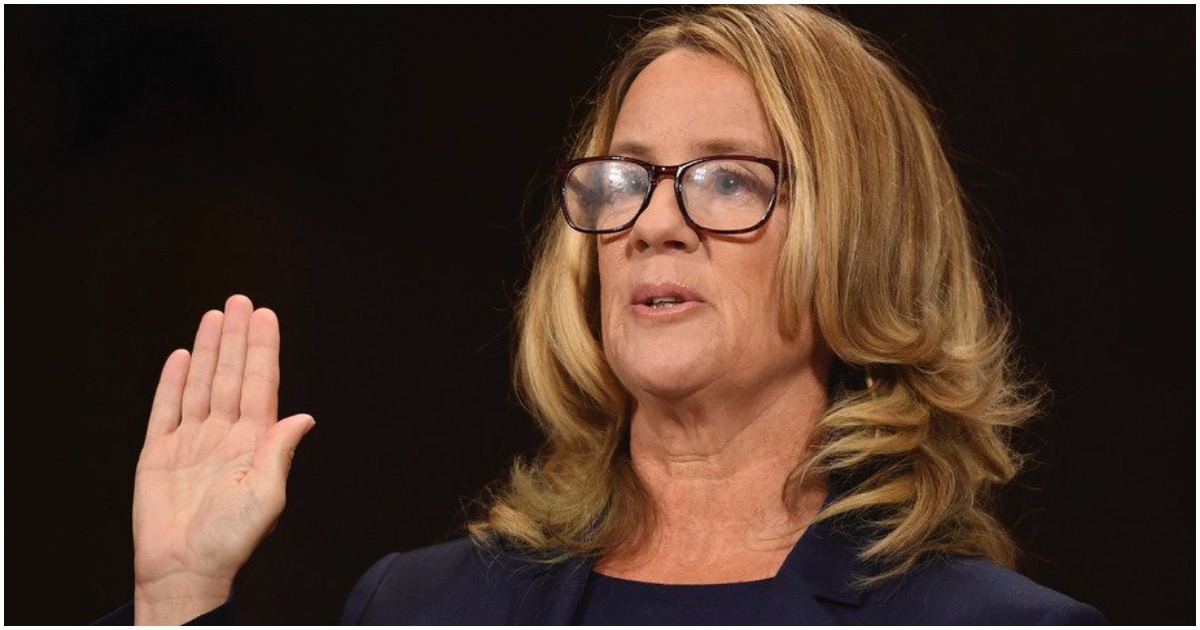 For attempting to completely ruin a man’s life and destroy his professional career, Christine Blasey Ford is held in high esteem by the politically uninformed. It’s a travesty if there ever was one.

Because of Ford and Congressional Democrats, Supreme Court Justice Brett Kavanaugh will never be taken seriously – ever. He could side with his liberal peers on all issues and he’d still be deemed a monster despite Ford’s dubious allegations.

How anyone could gift this woman a award other than Best Actress makes little sense but then again, the left isn’t exactly known for being the party of the brilliant.

Christine Blasey Ford made a rare public appearance on Wednesday to accept an award for empowering others, more than a year after she accused Supreme Court Justice Brett Kavanaugh of sexual assault and testified publicly before Congress.

The Palo Alto University professor was greeted with a standing ovation when she accepted the YWCA Silicon Valley Empowerment Award, which celebrates and honors women in the community who are advocates and ambassadors for change.

She blabbered, “I’m deeply humbled to receive this award. It’s funny. I was inspired by Anita Hill when I was deciding whether to testify, but it didn’t occur to me at the time that I would be inspiring anyone else.”

She has empowered liars everywhere.

She has empowered liars everywhere.

How does the most confused person in the world get an award?

How does the most confused person in the world get an award?

Just when you thought you’d heard Ford’s name for the last time, she’s back in the news again.

Check out what her lawyer recently admitted…