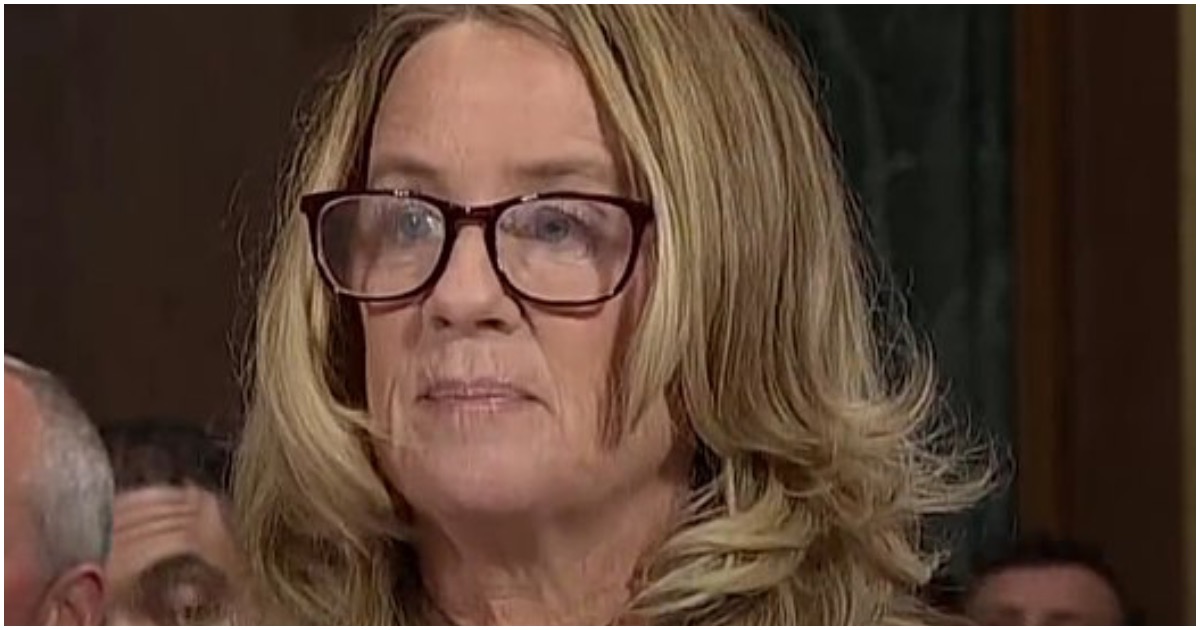 Just when you think you may never hear the name “Christine Blasey Ford” again, Time magazine goes and does something like this.

Apparently, Blasey Ford is one of the “100 Most Influential People” in the world.

What point is being made here?

A woman is honored for impugning the character of a man – without any evidence – simply because she and Democrats dislike the president of the United States?

Sen. Kamala Harris lauded Christine Blasey Ford for her “courage” in forcing the nation to “reckon with an issue that has too often been ignored and kept in the dark” in a tribute to Blasey Ford who was listed as one of Time magazine’s “100 Most Influential People.”

“Christine Blasey Ford’s ambition wasn’t to become a household name or make it onto this list,” the California Democrat wrote. “She had a good life and a successful career — and risked everything to send a warning in a moment of grave consequence.”

Something is definitely wrong with this picture.

Sex crimes prosecutor Rachel Mitchell, the woman who asked the majority of questions for Republicans during Ford’s testimony before the Judiciary Committee, later appeared to have completely exonerated Kavanaugh.

Blasey Ford described the donations as a “godsend” and announced that she would finally be closing the account to further monetary offerings. Justice Kavanaugh was confirmed to the court on October 6, some seven weeks before Blasey Ford closed the account.

“The funds you have sent through GoFundMe have been a godsend. Your donations have allowed us to take reasonable steps to protect ourselves against frightening threats, including physical protection and security for me and my family, and to enhance the security for our home.”

“With immense gratitude, I am closing this account to further contributions.”

“All funds unused after completion of security expenditures will be donated to organizations that support trauma survivors. I am currently researching organizations where the funds can best be used. We will use this space to let you know when that process is complete.”

“Words are not adequate to thank all of you who supported me since I came forward to tell the Senate that I had been sexually assaulted by Brett Kavanaugh. Your tremendous outpouring of support and kind letters have made it possible for us to cope with the immeasurable stress, particularly the disruption to our safety and privacy. Because of your support, I feel hopeful that our lives will return to normal.”

Let us hear your thoughts on Time magazine’s decision…

2020 Dem Appears to Incite Violence Against POTUS, Aims to ‘Punch Trump In the Face’