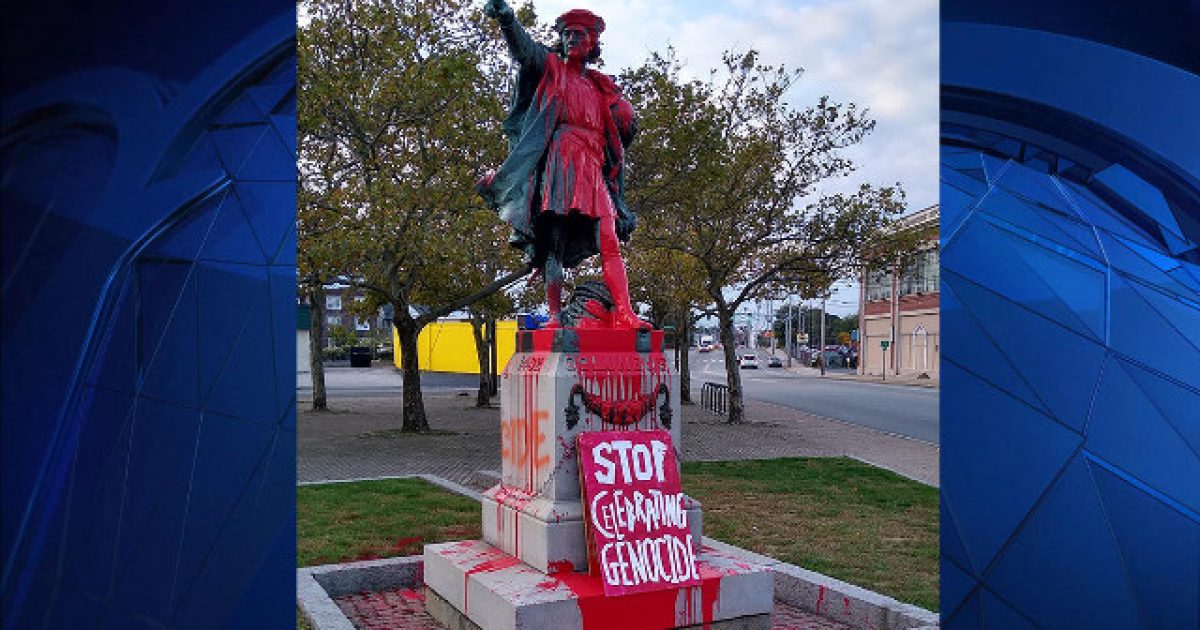 Residents of the city of Providence woke up this morning to find that a statue of famous explorer Christopher Columbus had been vandalized by individuals who aren’t exactly fans of the historical figure.

The statue was covered in red paint and featured a sign that read, “Stop celebrating genocide.” The word “genocide” was scrawled on the back of the statue in orange paint.

The vandalism marked Columbus Day, a federal holiday commemorating the explorer’s arrival in the Americas in 1492. Columbus Day has grown contentious in recent decades after activists began pushing to change the day to Indigenous Peoples Day.

The Indigenous Peoples Day movement sprung up around the 1992 quincentenary celebration of Columbus’s first voyage to the New World when scholarship of the Italian explorer was growing. The movement gained traction around the idea that Columbus sparked centuries of mass killings against Native Americans.

Columbus Day, and Christopher Columbus himself have become controversial in an era where political correctness, infecting the halls of higher education, have convinced young people that Columbus is a villain rather than the hero he’s been celebrated as being for hundreds of years.

NBC President Says Ronan Farrow’s New Book ‘Motivated Not By Pursuit Of Truth, But An Axe To Grind’