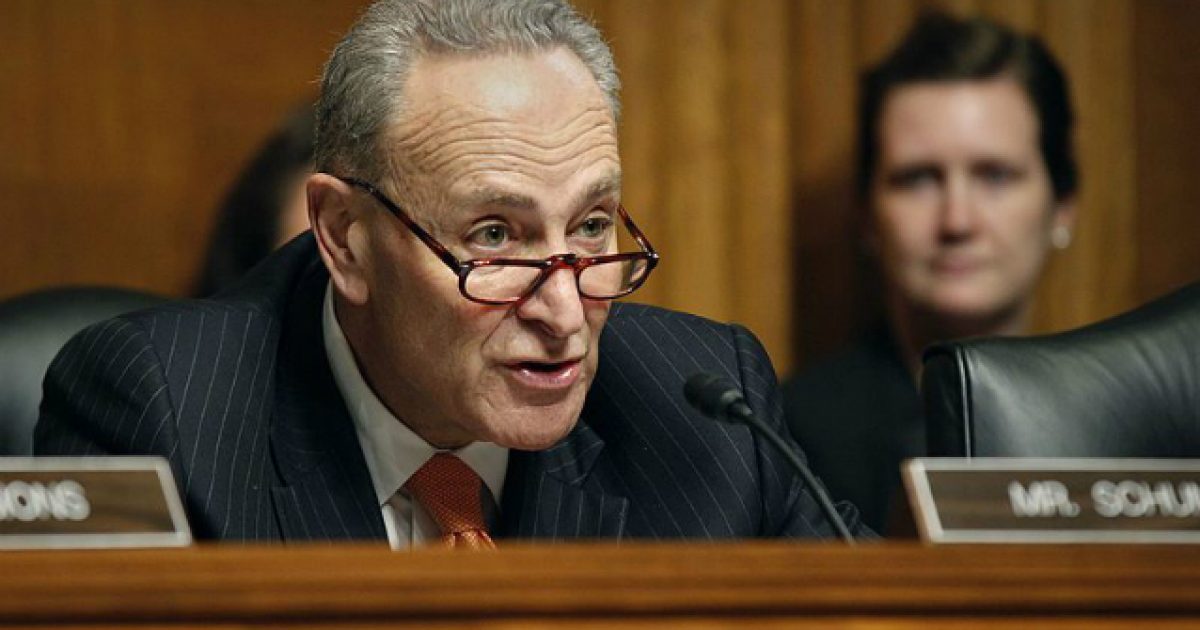 Senate Minority Leader Chuck Schumer announced on Sunday that he wanted to summon four witnesses to testify as part of a Senate trial should the House impeach President Trump, but the hilariously ironic part of all this is that back in 1999, when former President Bill Clinton was impeached, he voted against calling witnesses.

Schumer, an ardent Democrat, was a brand spanking new senator back in 1999. One of his first votes in the chamber was to dismiss the case for impeachment against Bill Clinton, along with voting against a motion to subpoena witnesses in the case.

“I wonder if the House managers aren’t a little more interested in political theater than in actually getting to the bottom of the facts,” Schumer said on CBS at the time, explaining his objection to calling witnesses in the trial against Clinton.

Schumer argued the witnesses would provide nothing new in the case. “My view is we have heard from most of these witnesses over and over again. We’ve heard the same story.”

The Republican-led House impeached Clinton on charges of perjury and obstruction of justice, sending the matter to the Senate for six-week trial that acquitted the president.

These four individuals have refused to show up for House impeachment proceedings despite being subpoenaed to make an appearance.

Cory Booker Issues Call For Democrats To Defeat Party-Switcher Jeff Van Drew, Who Once Endorsed Him