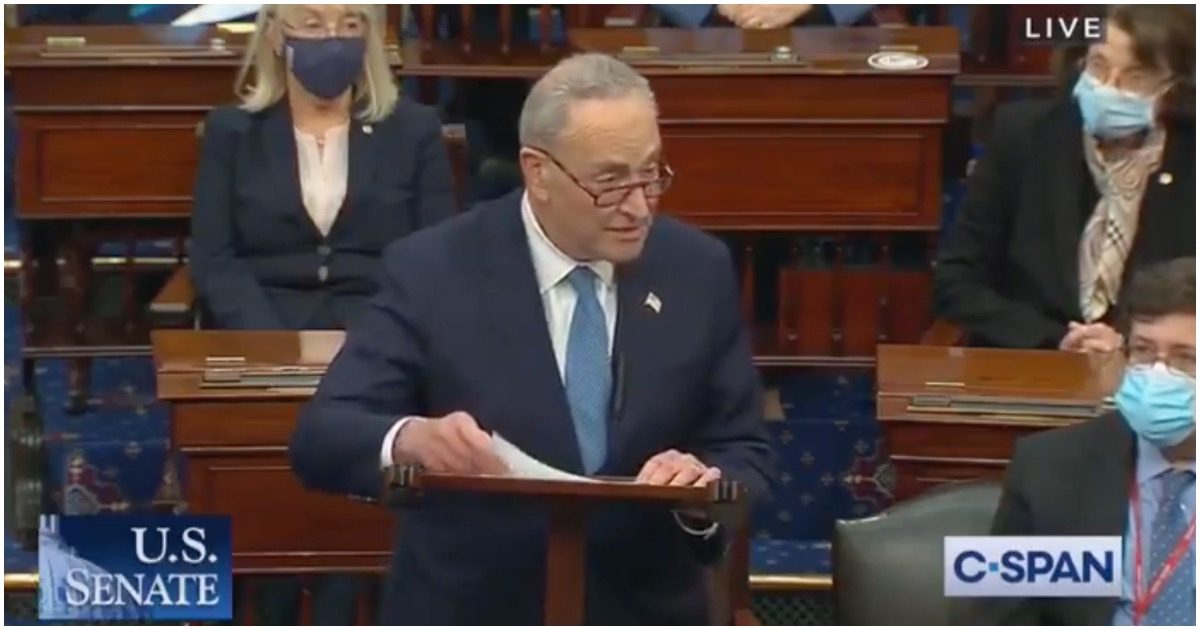 Were some Antifa goons embedded in the crowd of Trump supporters outside of the Capitol building on Wednesday, intent on inciting violence? Maybe. We might never know.

But even if it is proven true, does that matter? As conservatives, we’re all fed-up knowing how the election was stolen from Donald Trump thanks to voter fraud and last minute legal challenges.

But what happened at the Capitol was almost downright treasonous and every single one of those “patriots” need to be jailed. Period.

And that should not be a controversial issue.

Senate Minority Leader Chuck Schumer (D-NY) compared the unrest at the Capitol on Wednesday to the Japanese attack on Pearl Harbor that led to the U.S. entrance into World War II.

“President Franklin Roosevelt set a day aside that will live in infamy,” Schumer said. “Unfortunately, we can now add January 6, 2021, to that very short list of dates in American history that will live forever in infamy.”

"Franklin Roosevelt set a day aside that will live in infamy. Unfortunately, we can now add January 6, 2021 to that very short list of dates in American history that will live forever in infamy." pic.twitter.com/mVMrVbuxQ8

Trump is not responsible for what happened. That being said, soon-to-be-Senate Majority Leader Chuck Schumer isn’t entirely wrong.

January 6 will be a day to remember.