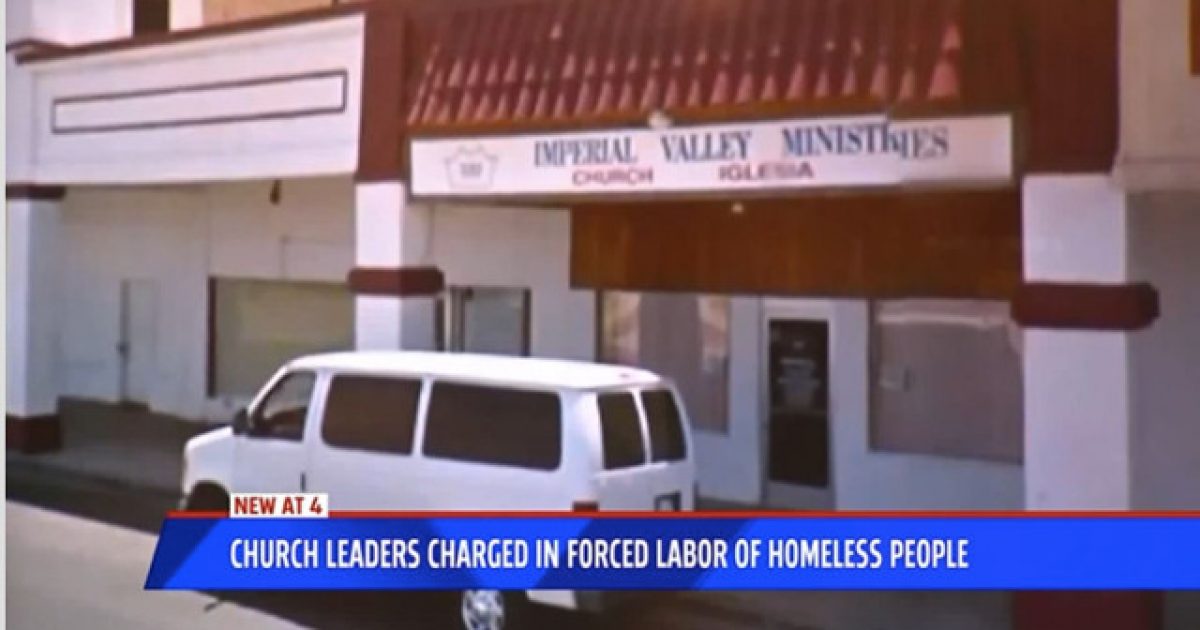 The church, which is the hands and feet of Jesus on this earth, has been charged with a mission to create disciples and to take the Word of God and apply it to every area of life, which means that we’re to be active in doing good works that improve the lives of those in our community.

One of the areas that believers typically excel in this part of the mission is with ministries dedicated to helping the homeless. However, if what twelve church leaders in California are being charged with turns out to be true, then these folks have done a lot of damage to the Christian church’s witness in this area.

Apparently they held homeless people captive and forced them to panhandle among other things.

Twelve leaders of a California-based church have been indicted by a federal grand jury, accused of holding homeless people against their will and forcing dozens of alleged victims into panhandling for the financial benefit of ministry leadership.

Imperial Valley Ministries runs roughly 30 non-denominational churches throughout the southwest United States and Mexico, and operates three group homes with the promise of restoring drug addicts. Instead, officials claim, IVM exploited the people who came to the church for help.

According to KSWB-TW, a dozen of IVM’s affiliated leaders were arrested in El Centro, San Diego, and Brownsville, Texas, Tuesday, “charged with conspiracy, forced labor, document servitude and benefits fraud.”

“The indictment alleges an appalling abuse of power by church officials who preyed on vulnerable homeless people with promises of a warm bed and meals,” U.S. Attorney Robert Brewer said during a press conference. “These victims were held captive, stripped of their humble financial means, their identification, their freedom and their dignity.”

CNN reported that the indictment against the church leaders details how they kept the victims inside group homes with deadbolt locks, which only they had the keys to, and took away their identification (driver’s licenses, immigration papers, ect.) in order to keep them from escaping.

A 17-year-old girl managed to escape from the facility by breaking a window out in one of the group homes. She made her way to police and told them what was happening.

Dozens of other victims have come forward now, alleging the same thing, which lends a lot of credibility to the girl’s story.

All of the victims have been released from these facilities.

It’s a sad day when the Christian church has such a blemish on its reputation. However, it must be stressed that these individuals were not acting on behalf of Jesus, who came to set the captives free, not enslave them further.

Real believers in Christ would never allow such a thing to occur. Let’s hope the individuals who were victimized by this aren’t fearful of returning to a church for help in the future, or unwilling to give their lives to God because of this travesty.

Rand Paul Not A Fan Of John Bolton, Accuses Him Of Working Against President’s Agenda