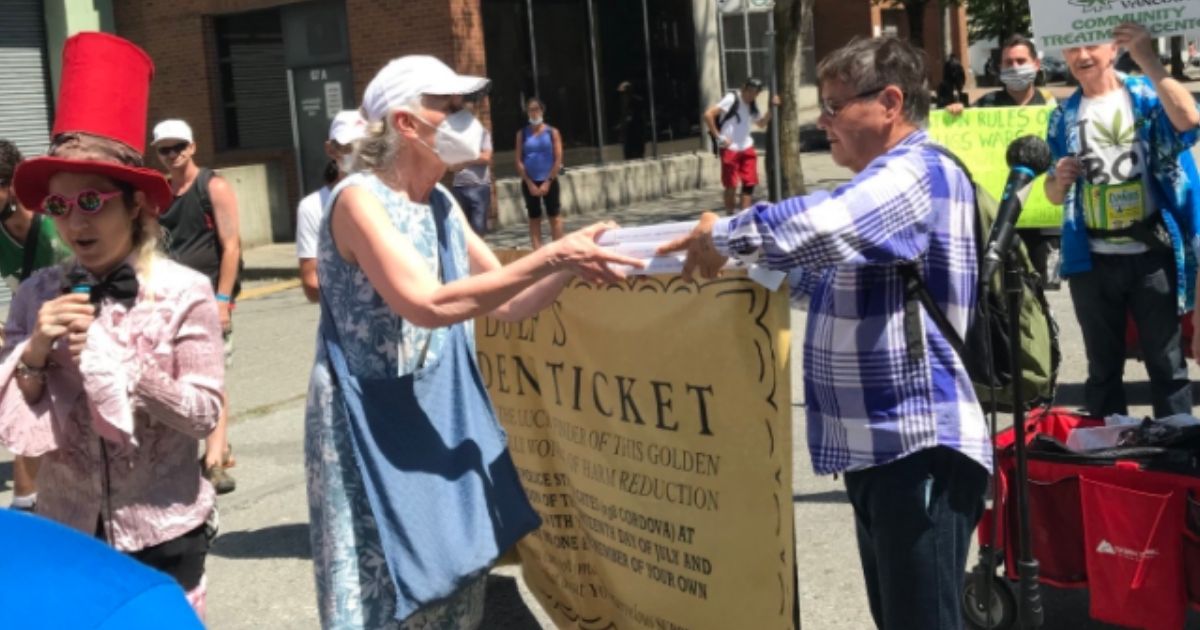 A city council member in one of Canada’s largest cities touted the fact that she and others passed out “safe” heroin and other drugs to addicts during a recent example of why liberalism is a mental illness.

Vancouver News reported City Councillor Jean Swanson of Vancouver, British Columbia, joined a number of drug advocacy and so-called “safety” groups in the city this past week to offer free and “safe” heroin, methamphetamine and cocaine to addicts. The liberal sympathy was on full display in front of a police station of all places on Wednesday, and Swanson was quite proud of that.

“I got to hand out safe drugs today with VANDU And DULF. 6 deaths a day from poison drugs is way too many,” Swanson wrote on Twitter. “1 is too many. Safe supply now !!”

I got to hand out safe drugs today with VANDU And DULF. 6 deaths a day from poison drugs is way too many. 1 is too many. Safe supply now !! pic.twitter.com/YokjBLBHC4

In another tweet, the city councilor bragged she was “helping” the city’s drug problem.

“Helping hand out safe drugs with VANDU and DULF today. We need govt action now so everyone can get safe drugs and no one dies,” she tweeted.

Helping hand out safe drugs with VANDU and DULF today. We need govt action now so everyone can get safe drugs and no one dies ! pic.twitter.com/yLrXl58DPi

Swanson was joined by the Vancouver Area Network of Drug Users and the Drug User Liberation Front while passing out actual poison to addicts. Both groups were proud to help junkies shoot up and otherwise ingest deadly drugs.

“TODAY, 1PM: VANDU and @DULFBC will be distributing clean heroin, meth, and cocaine outside the @VancouverPD station at Main and Cordova. Block party at Hastings and Cordova at 2PM,” the VANDU account tweeted with an image of a nice, non-menacing cartoon crack pipe to advertise the event.

TODAY, 1PM: VANDU and @DULFBC will be distributing clean heroin, meth, and cocaine outside the @VancouverPD station at Main and Cordova. Block party at Hastings and Cordova at 2PM. pic.twitter.com/U7xssftg4u

The “Liberation Front” for admitted drug users thanked Swanson for her ability to help citizens of the once-great Canadian city get coked-out, geared up and smacked sideways.

“Thank you for your support and collaboration @JeanSwanson_. Today was a historic day,” the group tweeted.

Thank you for your support and collaboration @JeanSwanson_ . Today was a historic day. https://t.co/zJckfFnMCQ

Remember a decade ago when leftists began enabling drug addicts by providing them with free needles and a place to shoot up? In retrospect, that decision was mild. Now, this “progressive” city is helping people actually get ahold of free drugs, now that they’ve been decriminalized in small amounts.

Vancouver News reported DULF spent $3,000 on the hard drugs and Swanson helped make sure they were distributed to addicts. All parties then claimed the drugs were “clean.”

The spectacle set out to show the “life-saving potential of a community-led response to the crisis of prohibition in Canada.”

“The drugs that were handed out were tested via ‘FTIR spectrometry and immunoassay, and are free of fentanyl, fentanyl analogues, benzodiazepines, and other harmful adulterants,’” the outlet reported.

Of course, there is no such thing as “clean” meth, coke or heroin. Each drug can be lethal in any dose.

All that Swanson, the city and all involved in this nightmare achieved was help addicts save money that they will later spend on more heroin, meth or coke — after they beg, borrow or steal for it. That’s not to mention the effects this charade had on the neighborhood.

Could you imagine walking down a sidewalk and witnessing a bunch of people shoot up, snort or smoke hard drugs outside of a police station? That’s ignoring how many recovered addicts might have been tempted by the thought of free heroin.

Swanson might very well have caused a relapse for someone who’d been living clean.

This was a big virtue signal, and this kind of madness will probably soon spread south of the border to places such as Seattle and Portland, Oregon. It’s actually difficult to believe the insane leftist leaders in those crackpot cities didn’t think of this first.

'The Art of Happiness': Stranger from Across the Country Helps CA Homeless Man Get Back on His Feet