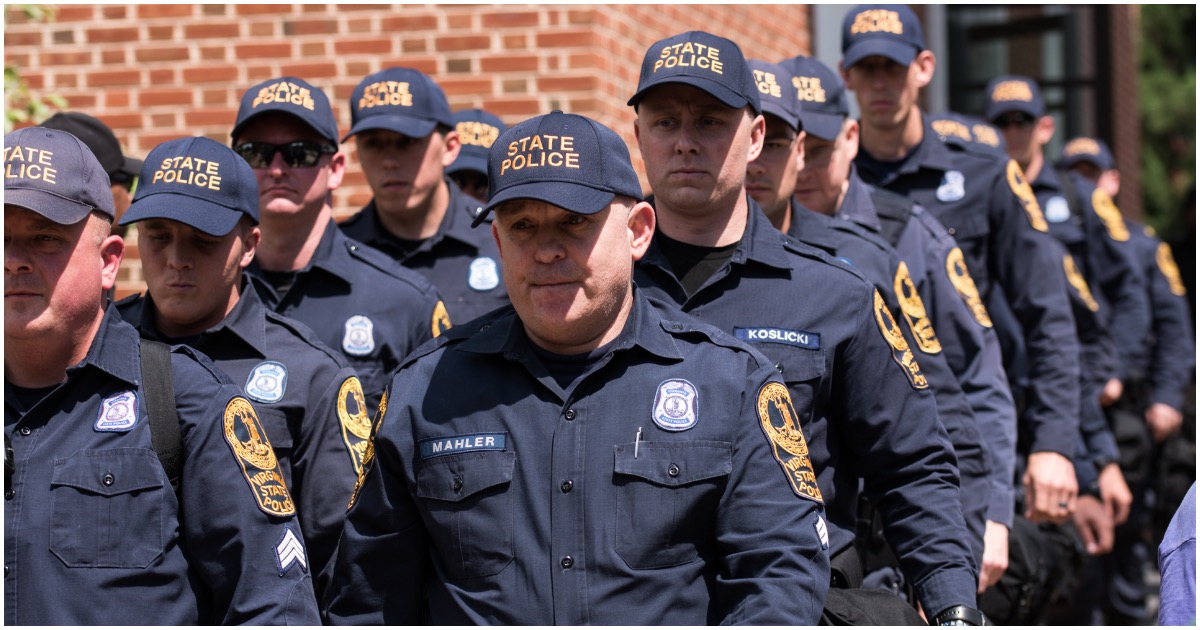 Slowly but surely, the liberal agenda continues to erode the American spirit.

Maybe not so slowly. It’s actually running at a pretty fast clip.

Check out what happened in a South Carolina city, recently.

After literally scrubbing references to the “Lord” from a memorial honoring fallen police officers, a “divided” South Carolina city has removed the monument outright.

The Tega Cay City Council announced the decision to take down the memorial Tuesday in a Facebook post. Three references of “Lord” had been washed off the monument, which is a police officer’s prayer and was in front of the police department, after some residents complained. But the decision to remove the three references to “Lord” also drew outrage.

City officials said they removed the monument while they sought to find a solution that “expresses our unwavering support and gratitude to those who risk their lives every day for ours.”

City officials stated, “We attempted to find a compromise but failed as our community has further divided. In an attempt to find a resolution, we have upset parties on both sides of this issue and for that we are truly sorry.”

Two weeks on the job. Murdered in cold blood.

Where was the mainstream media?

Is this not a HUGE deal?

#BREAKING: Picture of fallen #Davis police officer, Natalie Corona, taken during her August swearing-in ceremony by the @colusanewspaper. The 22 y/o was shot & killed Thursday while responding to a car crash. The suspect remains at large. pic.twitter.com/6maedjYIAJ

22-year-old Natalie Corona was murdered while responding to a car crash in Davis, California.

She was murdered 2 weeks after completing her field training. #FridayFeeling #NatalieCorona pic.twitter.com/VKfW4bsfUK

Another young female officer, Chateri Payne of the Shreveport PD, was also killed in cold blood:

Related Topics:COPSFeaturedmonumentPOLICE OFFICERS
Up Next