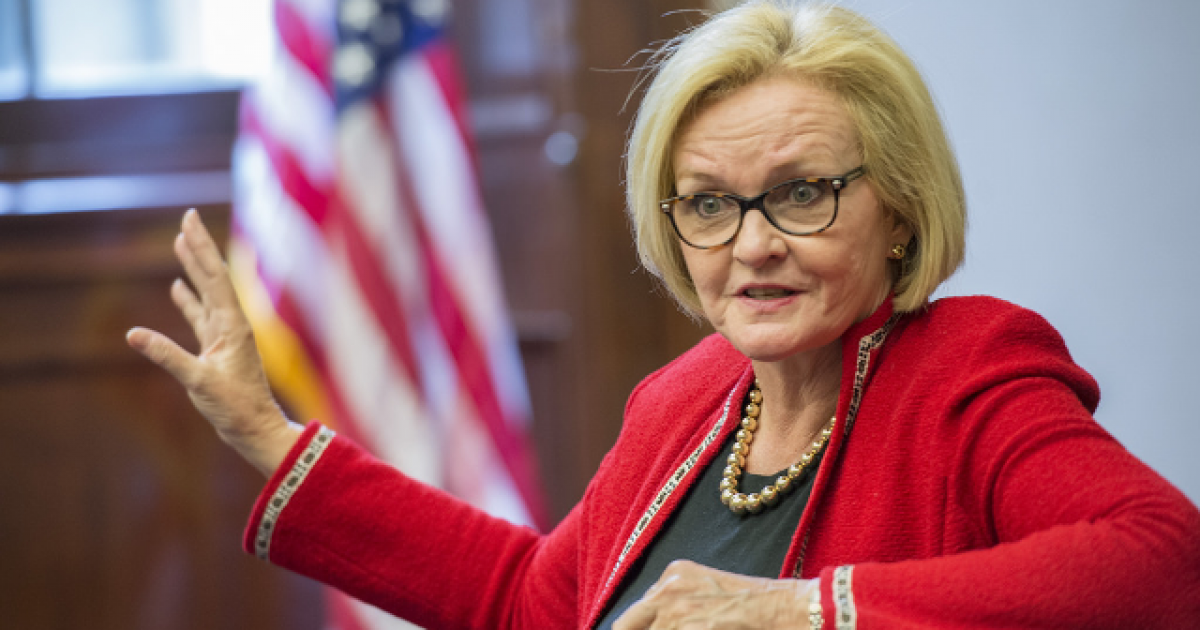 Democrat Claire McCaskill, who is a Democrat, has decided she’s not going to be voting in favor of Brett Kavanaugh for the Supreme Court. Shocker, right?

McCaskill said her decision not to support Kavanaugh wouldn’t be based on the paper thin allegations of sexual assault against him, but rather, on an entirely different issue.

Free speech. She disagrees with him because he supports free speech.

The left has lost their minds.

“He has revealed his bias against limits on campaign donations which places him completely out of the mainstream of this nation,” McCaskill wrote in a statement posted to Twitter. “He wrote, ‘And I have heard very few people say that limits on contributions to candidates are unconstitutional although I for one tend to think those limits have some constitutional problems.’”

She also suggested that Kavanaugh would “give free reign [sic] to anonymous donors and foreign governments through their citizens to spend money to interfere and influence our elections with so-called ‘issue ads.’” She later tied him to Russia, stating that a Russian company “indicted for election interference is currently using Judge Kavanaugh’s opinion to argue for their innocence.”

McCaskill further said she was “uncomfortable about his view on Presidential power as it relates to the rule of law, and his position that corporations are people” but that his support of “unlimited donations and dark anonymous money, from even foreign interests” was the “determining factor” in her decision to vote against him.

McCaskill is alluding to the Citizens United Supreme Court case, which determined that political campaign spending was protected by the First Amendment. The Left disagrees with this, and continuously rails against the decision, even while accepting so-called dark money allowed by it.

The whole idea of limitations on campaign finance is ridiculous to begin with. The government has no right to tell someone what they can and cannot do with the money they work hard to earn. It’s their personal property, which means they can do whatever they want with it.

The fact that an elected official, who is supposed to be upholding the Constitution, would support such limits placed on free speech is extremely troubling. Perhaps this is why she’s struggling in her re-election campaign?

MSNBC Host Tweets Hardball Question for Kavanaugh, The Answers He Gets are Too Hilarious

Reporters and Photographers Camp Out at Kavanaugh’s House. His Wife’s Response is Pure Class.