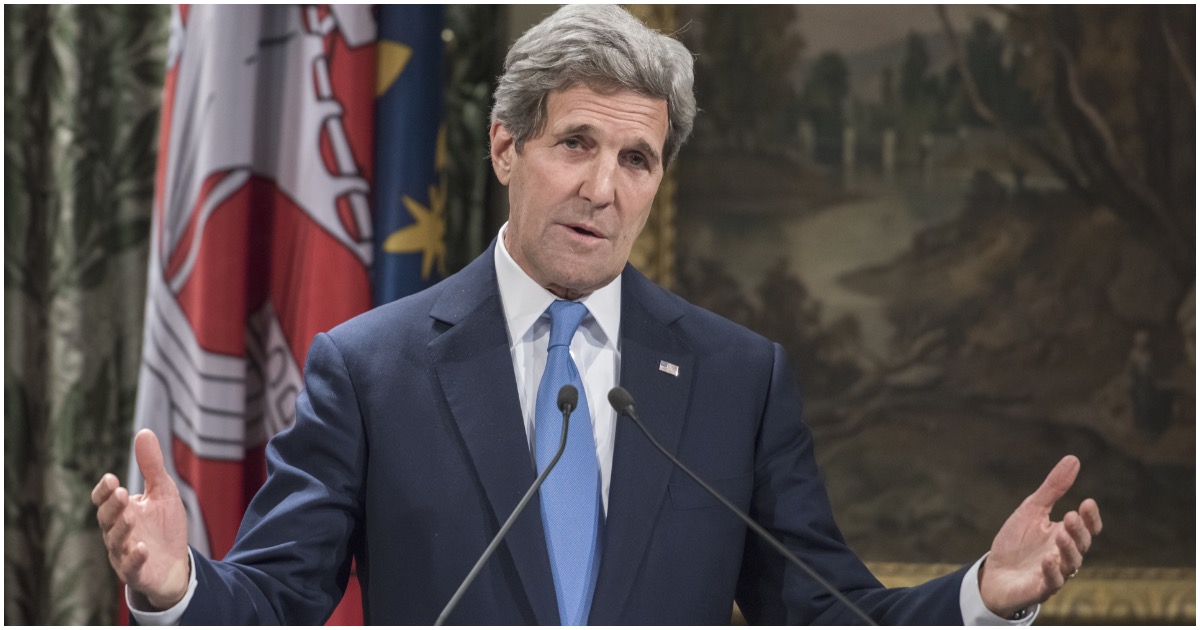 Former Secretary of State John Kerry may run for president in 2020.

It would be funny to watch, but he’s considering it nonetheless.

During a recent interview, the failed 2004 presidential candidate decided to attack President Trump.

“This president is not negotiating. He doesn’t negotiate. This is a man who claims to be the world’s greatest negotiator,” Kerry told David Axelrod on CNN’s “The Axe Files” Saturday night, the network reported.

Kerry: “President Trump has isolated America and taken us backwards in terms of institutions that were structured ever since World War II to bring the world together.”

Kerry said Europe has been crushed by mass migration.

“Europe is already crushed under this transformation that is taking place due to migration. In Germany, Angela Merkel is weakened. Italian politics is significantly impacted.”

Wake up America! How Many Politicians Have Been Arrested for Violating the Constitution Vs. How Many People Arrested for Standing up for it??
May 29th, 2020 TCP News