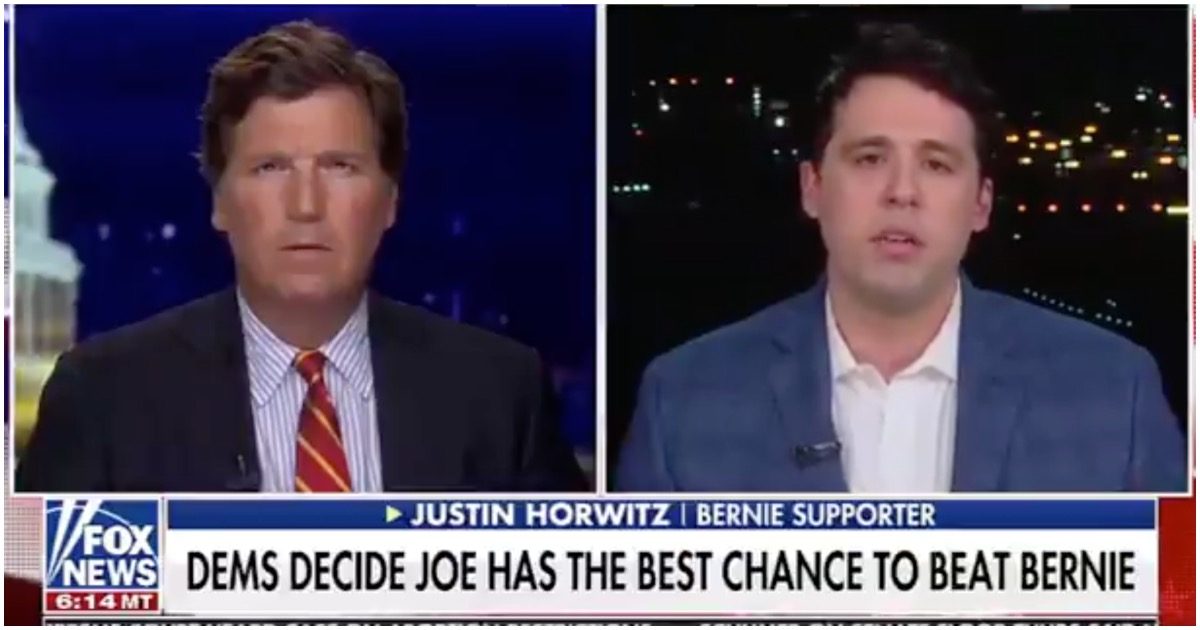 The “party of diversity” has decided that one of two old, rich, white men is the best person to take down President Trump in November. While Senator Bernie Sanders is a full-blown socialist, intent on turning America into a third world country with policies that would see her crumble, former Vice President Joe Biden is a man who can’t go a single day without saying something unintentionally hilarious.

Check out this Democrat strategist going after Biden for his blatantly obvious deteriorating mental health, via Breitbart:

Democrat strategist and backer of Sen. Bernie Sanders (I-VT) Justin Horwitz said during a Thursday appearance on Tucker Carlson Tonight that Joe Biden (D) is “mentally deteriorating” and that it will be a “disaster” if the Democrat establishment’s purported efforts to “shield” the former vice president prevail, leading to a head to head matchup with President Trump.

I went on Fox News because MSNBC andCNN won't allow people who support Sanders to air out the elephant in the room: Joe Biden's mental health. It's something we all see, and we should get out ahead of it now, because this will be a major part of how Trump crushes Biden. pic.twitter.com/5hdL3VAAr7

His remarks about America’s biggest ally in the Middle East are pretty damning.

Flashback: Bernie Does His Best to Praise Communist China, Ends Up Praising Capitalism