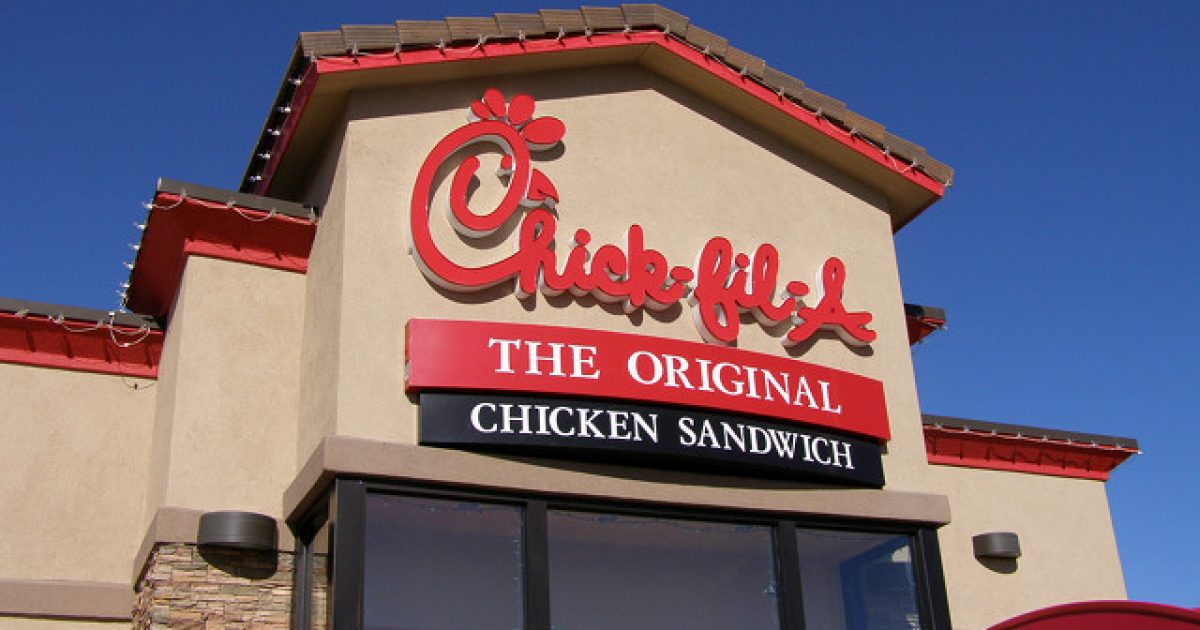 The Clemson Tigers shocked the sports world this week by winning the national title with an amazing and historic 15-0 record. But already the liberals are mad at the team.

Not only did Clemson coach Dabo Swinney thank Jesus in his post-game interview on the field, but now breakout quarterback star Trevor Lawrence has been outed as a huge fan of the left’s most hated fast food place, Chick-fil-A.

Swinney caused liberals some flop sweats when he said that his love for Jesus is what helped lead him to the big win this season.

Trending: Bloomberg Critical of Man Who Saved Lives In Church Shooting, Says He Shouldn’t Have Had Gun

When ESPN’s cameras caught up with him during the celebration, he was asked about describing the “joy of the moment.”

“Well, that’s been my word all year,” Swinney began, “and I’ve tried to be intentional with that. And for me personally, joy comes from focusing on Jesus other than yourself.”

Swinney went on to say that the season was “just a blessing” and that “it’s simply the grace of the good Lord to allow us to experience something like this.”

Then it got worse for all those Christian-hating liberals out there.

We have now learned that Trevor Lawrence, Clemson’s amazing winning quarterback, apparently preps for upcoming games by watching game films on his laptop while munching down on sandwiches at his local Chick-fil-A.

“He does love Chick-Fil-A,” McGee noted before reporting that while a player in high school, Lawrence often installed himself in a back booth to watch game films and eat chicken at the nation’s favorite chicken joint.

Even as a star college player, Lawrence still seeks out his local joint, McGee said.

“In Clemson, they say he does the same, poring over Notre Dame and Alabama defensive cut-ups while snacking on Chick-n-Minis,” McGee wrote.

It is clearly a “thing” for the player, too, as his teammates even noted his love of the chicken maker. After the game, wide receiver Hunter Renfrow joked that Lawrence was cool as “ice.”

“Look at his face,” Renfrow said. “You couldn’t tell if he’s just won the national championship or if he’s just headed down to Chick-Fil-A to eat. He’s ice, man.”

Lawrence was also happy to see that the team’s post-game snack was Chick-fil-A.

“Now we’re getting Chick-Fil-A, too?” Lawrence said on Monday. “We can’t lose tonight.”

Yes, she actually said these words…

Reps. Jim Jordan (OH) and Lee Zeldin (NY) are two of the seven House Republicans appointed to President Trump’s impeachment team. Who are the other five? Let’s get into it, via The Hill: The White House announced Monday that President Trump appointed several prominent Republican House members to advise his impeachment defense team ahead of the Senate trial set to begin this week. GOP Reps. Jim Jordan (Ohio), John Ratcliffe Texas), Mike Johnson (La.), Mark Meadows (N.C.), Debbie Lesko (Ariz.), Lee Zeldin (N.Y.), Elise Stefanik (N.Y.) and Doug Collins are set to play leading roles. Continued: A statement from the White House said the lawmakers “have provided guidance to the White House team, which was prohibited from participating in the proceedings concocted by Democrats in the House of Representatives” throughout the House proceedings and would continue to do so in the Senate. At this rate, no matter how hard the left tries, it would appear Trump has 2020 all but in the bag. Great for America, bad for the left. But what’s bad in the eyes of the left is usually good for the left – they just can’t see it. Liberals. SMH. BREAKING: New leaked video from inside CNN: President Jeff Zucker tells employees to push “impeachment” and that all of CNN’s stories should be about “moves towards impeachment” One of CNN’s employees says Zucker has a “personal vendetta against Trump” https://twitter.com/RealSaavedra/status/1183780647522856960?ref_src=twsrc%5Etfw%7Ctwcamp%5Etweetembed%7Ctwterm%5E1183780647522856960&ref_url=https%3A%2F%2Fwww.weaselzippers.us%2F435181-project-veritas-video-cnns-jeff-zucker-directing-employees-to-push-impeachment%2F WATCH: Democrat Rep. Al Green says the impeachment of @realDonaldTrump is needed “to deal with slavery.” MSNBC’s Alex Witt “mmhhhmms” throughout the clip in agreement. https://twitter.com/SteveGuest/status/1203420159639277573?ref_src=twsrc%5Etfw%7Ctwcamp%5Etweetembed%7Ctwterm%5E1203420159639277573&ref_url=https%3A%2F%2Fwww.dailywire.com%2Fnews%2Fdemocrat-congressman-al-green-trump-must-be-impeached-to-deal-with-slavery Let them keep thinking Trump should be impeached. Let’s see how that plays out for them. As we’ve seen so far, it’s not going well. In fact, it’s going very poorly.

Yes, she actually said these words...

And the truth is revealed...