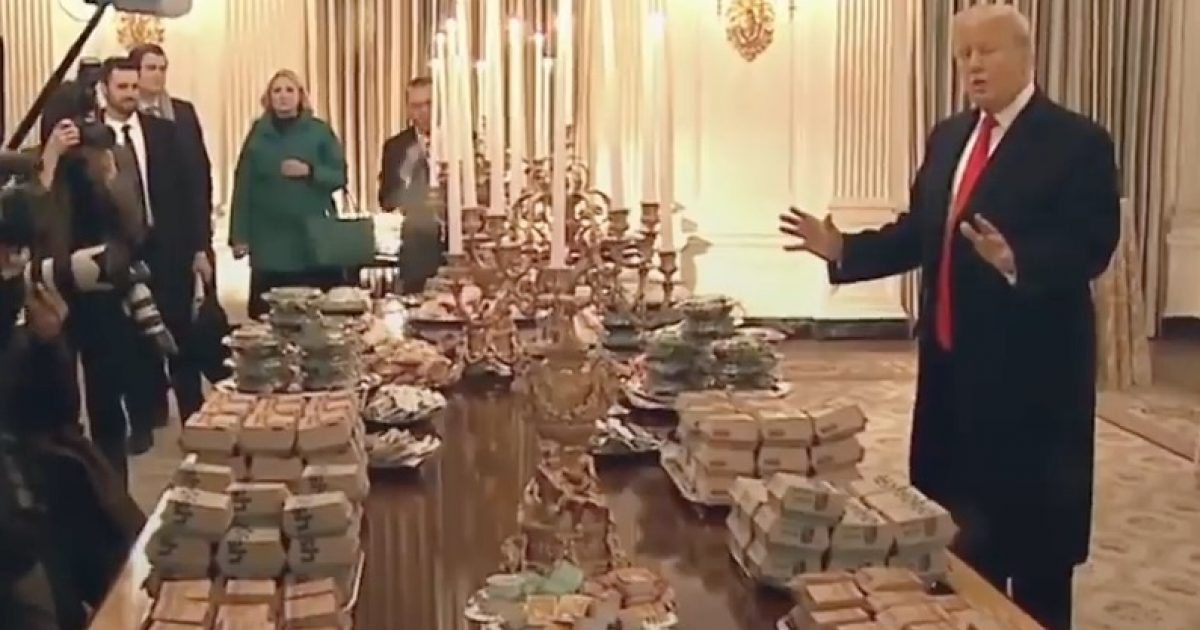 With elitist members of the Washington establishment, the media, and the odd never Trumper’s attacking the fast food meal that President Donald Trump provided out of his own pocket for the Clemson Tigers, at least one member of the team at the center of the controversy says he didn’t mind the meal at all.

The left-wing media attacked the president for his “un-presidential” meal. But the president responded with a tweet celebrating the day’s events.

“Great being with the National Champion Clemson Tigers last night at the White House,” Trump tweeted on Tuesday. “Because of the Shutdown, I served them massive amounts of Fast Food (I paid), over 1000 hamberders [sic] etc. Within one hour, it was all gone. Great guys and big eaters!”

With the shutdown still in full swing, White House staff is at a minimum, and it appears that the food service personnel are also on furlough. Trump paid for the entire feast out of his own pocket.

Trump also said that he thought the team would enjoy a little “fun” time during their White House visit.

“We ordered American fast food, paid for by me,” the president said, according to CBS. “Lots of hamburgers, lots of pizza. We have some very large people that like eating, so I think we’re going to have a little fun.”

Of course, Clemson has become somewhat famous for its fast food connection with breakout quarterback Trevor Lawrence being a huge fan of Chick-fil-A.

For years Lawrence has prepared to meet his opponents by studying game films while eating Chick-fil-A. He has kept that up at college, too. “In Clemson, they say he does the same, poring over Notre Dame and Alabama defensive cut-ups while snacking on Chick-n-Minis,” ESPN’s Ryan McGee reported.

Indeed, after the big White House visit, Lawrence said he loved the whole thing and said he can’t wait to come back.

“It was awesome,” Lawrence said according to TMZ. “We had McDonalds and everything. It was good!”

TMZ’s cameras caught up to Lawrence after the visit:

Even as the elitists are attacking Clemson and Trump, the players did not mind it at all.