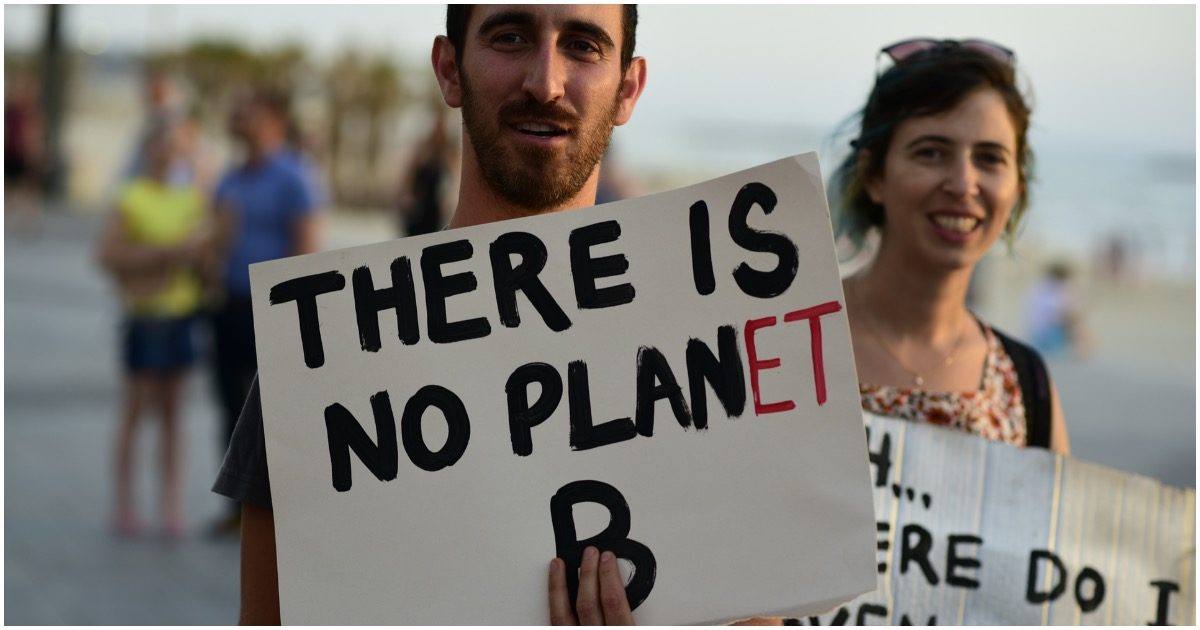 Donald Trump has lately railed about “witch hunts” by Democrats attempting to remove him from office. Did you know that the real witch hunts of the Late Middle Ages were driven by climate change?

The European witch hunts of the 15th to 17th centuries targeted witches that were thought to be responsible for epidemics and crop failures as the Earth descended into the horrific cold of the Little Ice Age. A belief that evil humans were negatively affecting the climate and weather patterns was the “consensus” opinion of that time. How eerily similar is that notion to the the current oft-repeated mantra that Man’s actions are controlling the climate and leading to catastrophic consequences?

The first extensive European witch hunts coincided with plunging temperatures as the continent transitioned away from the beneficial warmth of the Medieval Warm Period (850 to 1250 AD). Increasing cold that began in the 13th century ushered in nearly five centuries of advancing mountain glaciers and prolonged periods of rainy or cool weather. This time of naturally-driven climate change was accompanied by crop failure, hunger, rising prices and epidemics.

Large systematic witch hunts began in the 1430s and were advanced later in the century by an Alsatian Dominican friar and papal Inquisitor named Heinrich Kramer. At Kramer’s urging, Pope Innocence VIII issued a papal bull enshrining the persecution and eradication of weather-changing witches through this papal edict. The worst of the Inquisition’s abuses and later systemic witch hunts were, in part, empowered by this decree.

This initial period of cooler temperatures and failing crops continued through the first couple of decades of the 16th century, when a slight warming was accompanied by improvements in harvests. Clearly, the pogrom against the weather-changing witches had been successful!

Unfortunately for the people of the Late Middle Ages, the forty years or so of slight warming gave ground to a more severe bout of cooling. The summer of 1560 brought a return of coldness and wetness that led to a severe decline in harvest, crop failure and increases in infant mortality and epidemics. Bear in mind that this was an agrarian subsistence culture, nearly totally dependent on the yearly harvest to survive. One bad harvest could be tolerated, but back-to-back failures would cause horrific consequences, and indeed they did.

Of course, the people’s misfortunes were attributed to weather-changing witches who had triggered the death-dealing weather, most often in the form of cold, rain, frost and devastating hailstorms. Horrific atrocities were alleged of the witches, including Franconian witches who “confessed” to flying through the air to spread an ointment made of children’s fat in order to cause a killing frost. Across the continent of Europe, from the 15th to the 17th centuries there were likely many tens of thousands of supposed witches burnt at the stake, many of these old women living without husbands on the margins of society.

The worst of the witch hunts occurred during the bitter cold from 1560 to about 1680. The frenzy of killing culminated in the mass killing witches in the German territory of Wiesensteig in the year 1563. Across Europe, the numbers of witches killed continued to increase and peaked at more than 500 per year in the mid-1600s. Most were burned at the stake; others were hung. 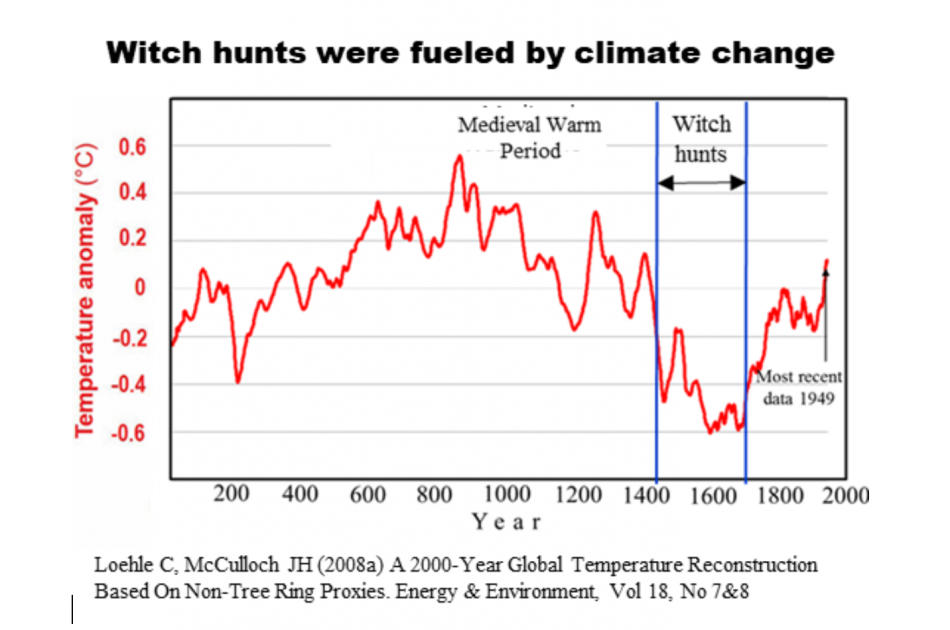 The end of the witch hunts and killings tie closely to the beginning of our current warming trend at the close of the 17th century. That warming trend started more than 300 years ago, long before humans could have made a significant impact on the climate and continues in fits and starts to this day.

In the Late Middle Ages, a large segment of the population actually believed that evil people could negatively affect the climate. It appears that we haven’t learned the lessons of the 16th century and the dangers of stirring unfounded fears concerning changes to our climate. Perhaps in the not too distant future we will have the benefit of hindsight and realize that people like Al Gore and Dr. Michael Mann were the Heinrich Kramers of the early 21st century, trying to convince us all that we can control the uncontrollable — the natural cycles of the Sun and Earth that are operating today, just as they have for many millions of years.

Gregory Wrightstone is a geologist and author of the bestselling book, Inconvenient Facts: The science that Al Gore doesn’t want you to know. As a strong proponent of the scientific process, Gregory is a leading voice in the large and growing climate change skeptic community. Among his many qualifications, including advanced degrees in geology, he was recently added as an Expert Reviewer for the Intergovernmental Panel on Climate Change (AR6).

A Christmas Meditation on Christ as ‘The Prophet’ (Opinion)