CNN political analyst April Ryan is not helping to improve the overall reputation of the news network that currently employs her, opting instead to dedicate herself to spreading nasty, vicious lies and rumors about the president that could leave her in hot water.

On Sunday, Ryan posted an article that seems to state President Trump is running some sort of sick and twisted child sex trafficking ring. You just can’t make this stuff up, people.

The article that Ryan tweeted, from The Root, was titled, “Is the Trump Administration Running a Child-Trafficking Ring or Nah? Follow Me Down the Rabbit Hole” 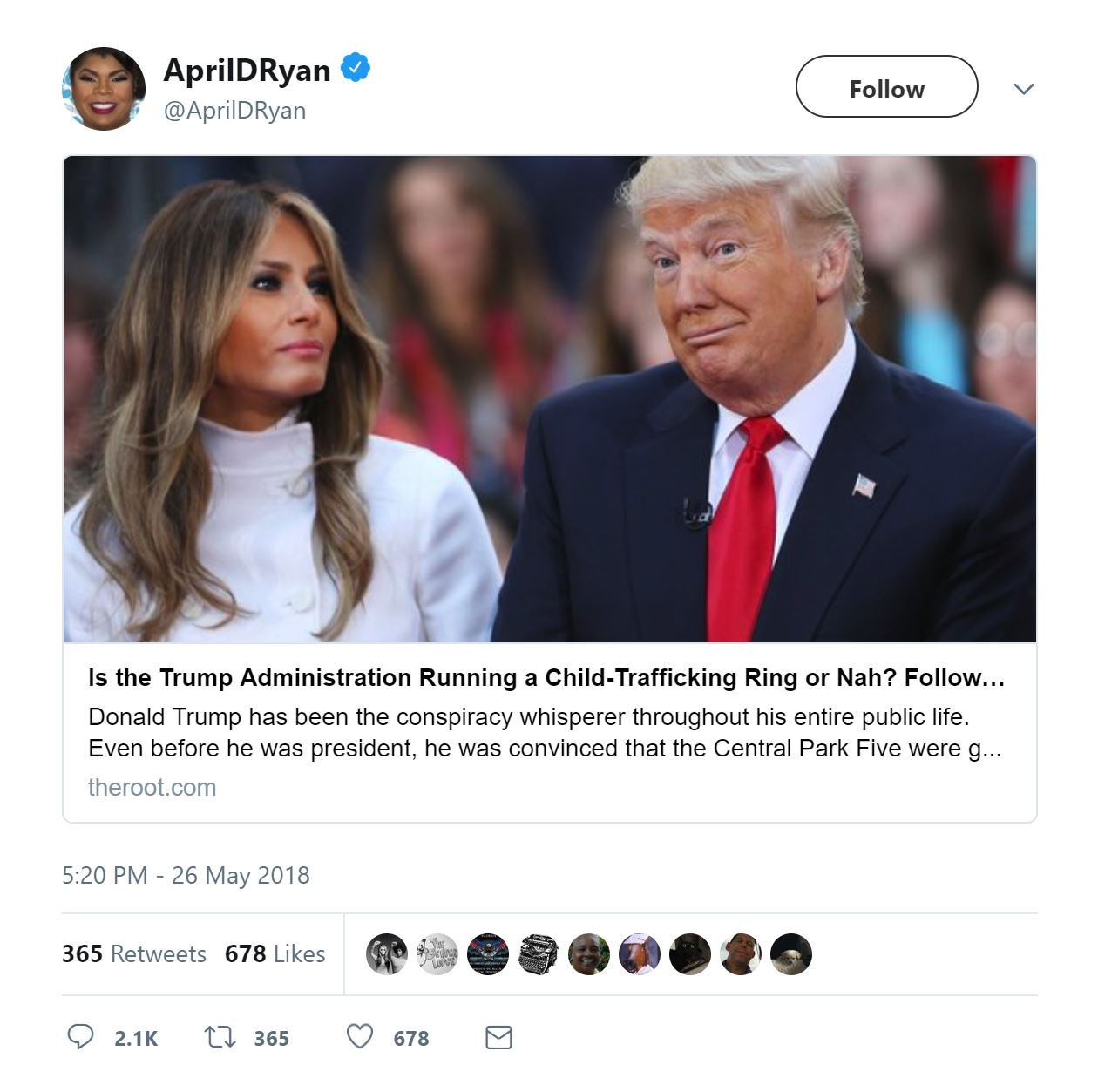 Ryan’s tweet, which Fox News noted was shared with more than 330,000 of her followers, caused such an uproar that a spokesperson for Melania Trump, Stephanie Grisham, responded to it.

If you’re a journalist w many followers & a @CNNPolitics contributor…is it ok to retweet any headline you want, regardless of if it’s true? Remember: “The core purpose of a journalist is to research, document, write, & present the news in an honest, ethical, & unbiased way.”

If you’re a journalist w many followers & a @CNNPolitics contributor…is it ok to retweet any headline you want, regardless of if it’s true? Remember: “The core purpose of a journalist is to research, document, write, & present the news in an honest, ethical, & unbiased way.” https://t.co/aVwSrnoio2

Grisham wasn’t the only one who responded to this utter nonsense, as Fox News anchor Brian Flood said, “Can you imagine the outrage if a cable news correspondent with White House credentials tweeted this about Hillary or Obama?”

This is an excellent point, which is to say the left-wing media will completely ignore their own hypocrisy in favor of “focusing on the issue,” which is code speak for silence.

With all of the bogus charges the left has levied at President Trump — like the whole collusion with Russia episode, which somehow, is still making the rounds on the news media who are desperate to keep it around and see if something surfaces they can impeach him with — it’s highly unlikely any of this is true. Obviously.

Here’s to hoping Ryan gets held accountable by CNN for her actions, though you probably shouldn’t hold your breath.