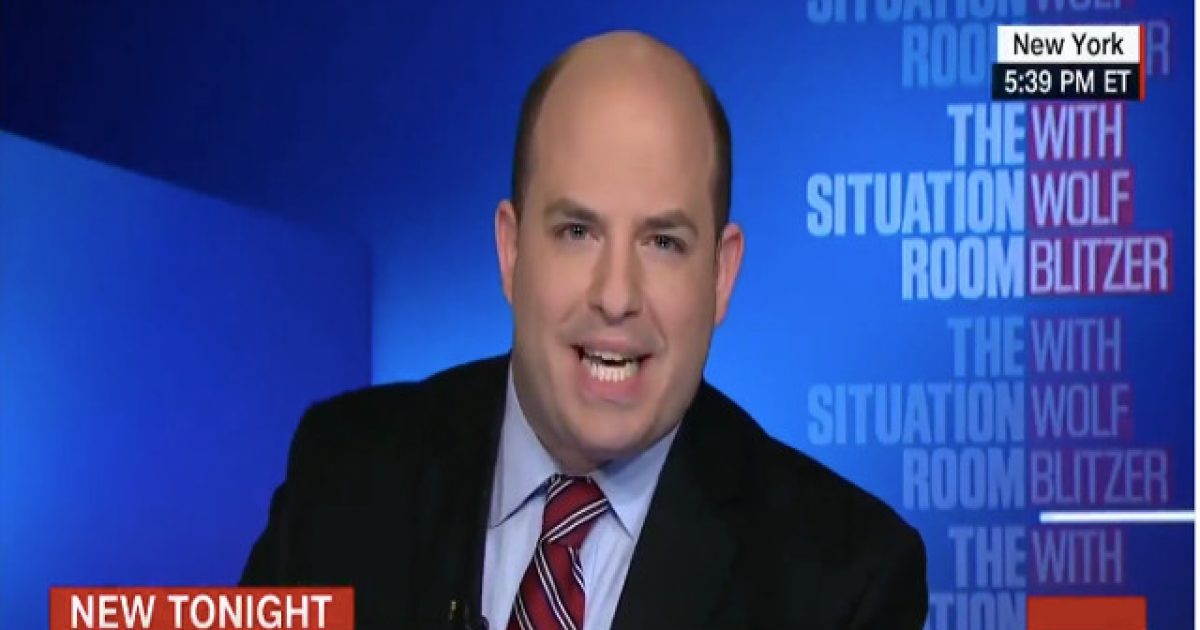 If you are a glutton for punishment and actually watch CNN for news coverage — why would you do this to yourself? — then you’re probably well aware of the many ridiculous anti-Trump claims that Brian Stelter has made over the last several years.

It seems that Stelter is not ready to stop participating in this activity either, as on Monday night, he stated that the massive push for Joe Biden to not debate President Trump for the upcoming election was orchestrated by “mostly right-wing media.”

This, as you might imagine, resulted in Stelter getting some severe pushback.

Earlier in the day, the Times sparked mockery across social media for an op-ed arguing that presidential debates should be “scrapped,” with critics suggesting that it’s the latest effort by the media to prevent Biden from debating Trump. Donald Trump Jr. even chimed in, tweeting, “OMG they’re really going for it. There’s absolutely nothing the left will not do to protect Joe Biden and cover-up for all of his obvious flaws,” to accompany a link to the op-ed.

Stelter, once dubbed the media’s “hall monitor,” appeared to reject the premise of Benson’s comment.

“It is mostly a right-wing media tempest, fueled by hour after hour of Fox commentary (not reporting), far removed from campaign reality …,” the CNN pundit told Benson.

It is mostly a right-wing media tempest, fueled by hour after hour of Fox commentary (not reporting), far removed from campaign reality… https://t.co/nQd4b312vX

Benson, not one to shrink back from a good public “discussion” with a “journalist” from the left, replied by posting a screenshot that originated with Reagan Battalion featuring many different headlines from publications like Newsweek, CNN, The New York Times, and CNN, which urge the former vice president not to engage in a debate with President Trump.

Via @ReaganBattalion, it seems as though this notion wasn’t invented out of whole cloth by conservatives. It’s an idea that has been floated by left-leaning figures/outlets… pic.twitter.com/Ce4s8cnPhh

Then Stelter tried to shift around his argument, but in reality, it just made him appear to be schizophrenic in his reasoning.

“I’m well aware. but it’s a mistake to spend lots of precious time yakking about what leftie columnists are suggesting in this case. obviously biden will debate. why imply otherwise to viewers, hour after hour?” Stelter wrote.

The discussion between the pair of media personalities remained civil, but lots of other folks were disgusted with Stelter’s ridiculous statement.

When I think about my most Reliable Sources as a reporter, I definitely think about the sources who are shameless partisans who are utterly unwilling to admit when they're wrong and are brazen & embarrassing as they double down when proven to be laughably & demonstrably off base. https://t.co/DOOkVVJzVw

no one has less self awareness than brian stelter. https://t.co/oWIOnaxYKX

And that’s just a small sample. There are plenty more where that came from.

Truly, this is just more propaganda from Stelter who would do anything to slam Trump and to slam the right-leaning media, even if his claims don’t make any sense at all.

Does anyone at this point take Stelter seriously?