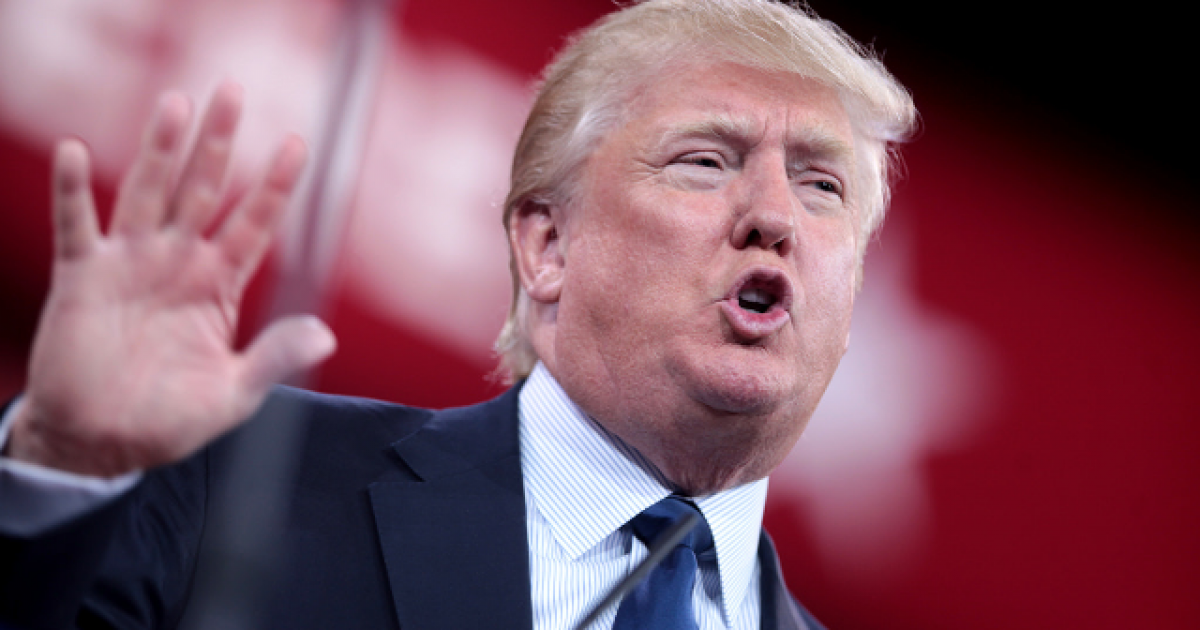 Late Wednesday evening, President Trump set his sights on liberal news outlet CNN after they erroneously reported that he had advance knowledge of a June 2016 meeting at Trump Tower that was supposed to go down between several folks connected to him and a Russian attorney.

The story used anonymous sources, however, Lanny Davis, lawyer for Trump’s former lawyer Michael Cohen, later came out and refuted the CNN piece that he was allegedly a main source for.

“CNN is being torn apart from within based on their being caught in a major lie and refusing to admit the mistake. Sloppy @carlbernstein, a man who lives in the past and thinks like a degenerate fool, making up story after story, is being laughed at all over the country! Fake News,” Trump wrote on Twitter.

That prompted CNN to fire back, calling Trump a liar.

“Make no mistake, Mr. President, CNN does not lie. We report the news. And we report when people in power tell lies. CNN stands by our reporting and our reporters. There may be many fools in this story but @carlbernstein is not one of them,” CNN tweeted.

Make no mistake, Mr. President, CNN does not lie. We report the news. And we report when people in power tell lies. CNN stands by our reporting and our reporters. There may be many fools in this story but @carlbernstein is not one of them.

Trump hit back early Thursday morning, mocking CNN President “Little Jeff” Zucker and declaring the network’s “extreme bias” has “clouded their thinking and made them unable to function.”

The hatred and extreme bias of me by @CNN has clouded their thinking and made them unable to function. But actually, as I have always said, this has been going on for a long time. Little Jeff Z has done a terrible job, his ratings suck, & AT&T should fire him to save credibility!

What’s going on at @CNN is happening, to different degrees, at other networks – with @NBCNews being the worst. The good news is that Andy Lack(y) is about to be fired(?) for incompetence, and much worse. When Lester Holt got caught fudging my tape on Russia, they were hurt badly!

At the end of the day, CNN is only further illustrating the many reasons why Donald Trump won the 2016 election. Folks no longer feel like they can trust the mainstream media, as it always seems these outlets have an agenda to push.

They absolutely do, by the way.

The whole purpose of the media is to hold elected officials accountable for their actions by reliably reporting facts to the masses. Sometimes they get the story wrong and as long as they own up to that, no harm, no foul. However, they are doubling down on a false story here, thus proving their only goal is to take down Trump.

CNN is determined to make sure Trump is reelected in 2020. Guaranteed.

Lindsey Graham Gives Touching Tribute to John McCain on Senate Floor. Then, He Gets a Phone Call From Trump.