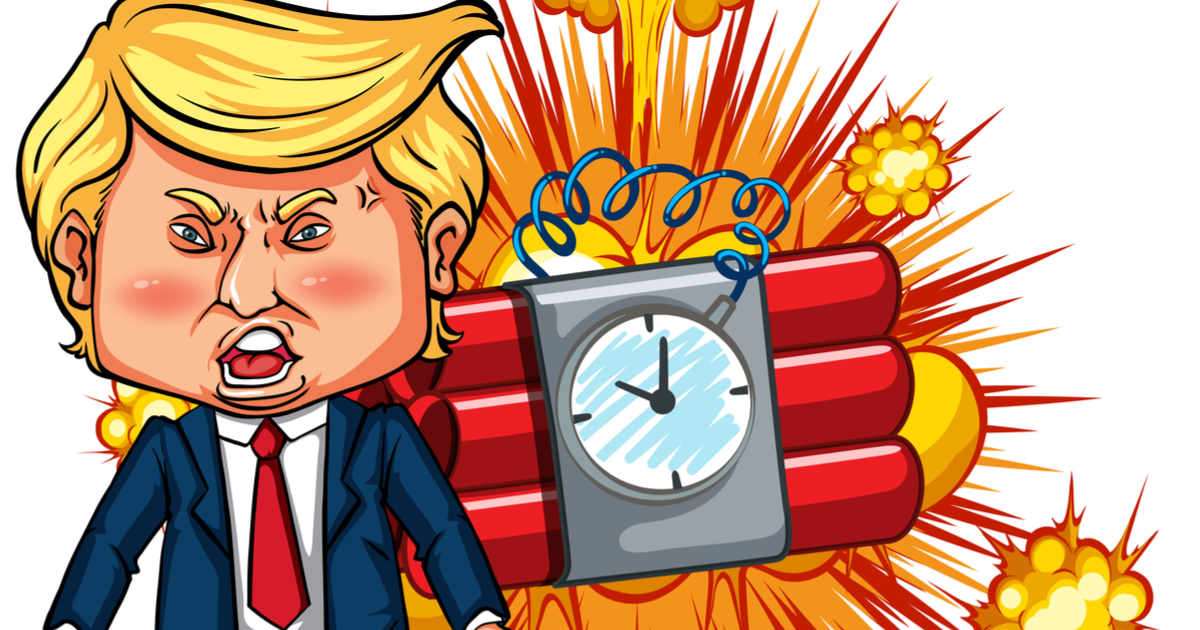 All throughout the wall-to-wall coverage of the attempted serial bomber yesterday, one message was persistent:  No one was blaming the President.

The corporate media of cable television spent a great deal of time making sure to cross their t’s and dot their i’s in this regard, making sure to allow the viewer to draw their own conclusions as the investigation and manhunt continues.  They understood full well that the first 24 hours of their coverage must remain at least somewhat impartial, in case they are made to look like fools before the sun rises again.

Now, after the colloquial requisite of 24 hours of pure “journalism”, the liberal ideologues are back at it on CNN, airing a graphic that very clearly stated the point that they wanted you and I to believe:

The phrase “Trump’s targets” is not only disingenuous, but inarguably dangerous.  The media was targeted by a serial bomber, and their reaction is to connect them to the President of the United States, with no evidence, the very next day?

This may be why America’s distrust of the media is so prevalent in this new world of Trumpian politics and the realtime efficacy of Twitter; there is always going to be room for the contrarians and the conspiracy theorists.

CNN’s assertion that the bomber is working on behalf of the President, however indirect, has been forever emblazoned in this abhorrent linguistic choice, thanks to the decisions made by senior staff at the network.  These chyrons are just tossed together by a gaggle of interns and sent directly to air.  Ever.  There are layers of approval for things like this, and CNN chose to portray this crime as such.

All the while, the network was continuing to deplore the President for his weeks-old remarks on the mainstream media.