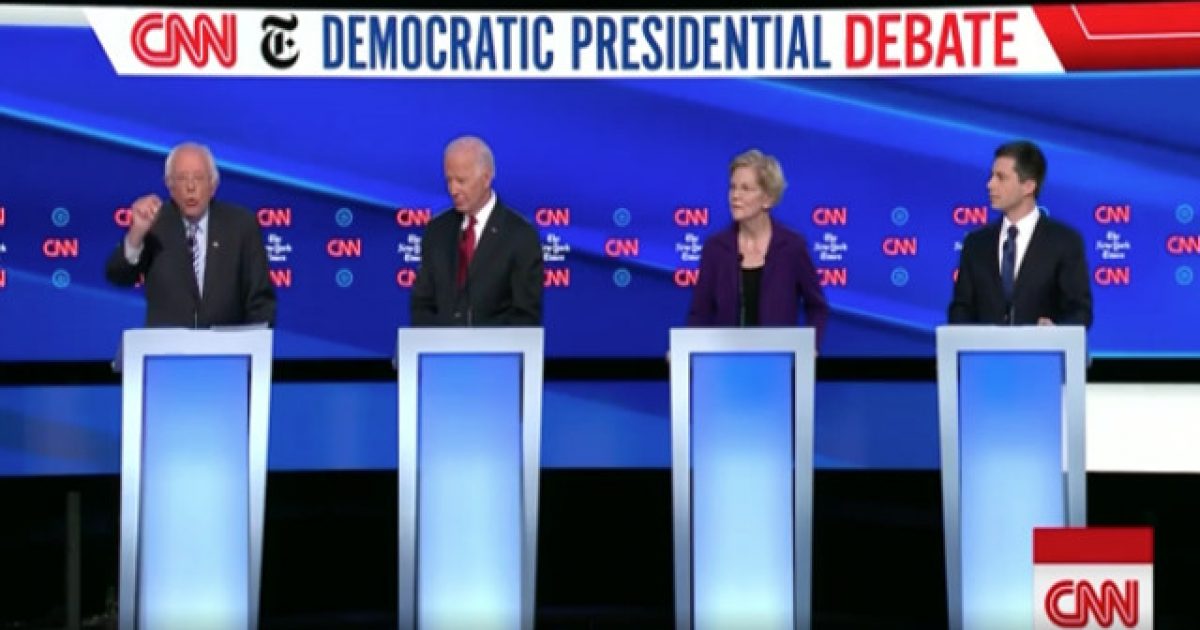 CNN’s latest Democratic presidential debate is being slammed by both critics and the candidates who took the stage, with some claiming there was favoritism toward Sen. Elizabeth put on display. There was also a significant amount of criticism aimed at the questions being asked by moderators.

Joe Concha, reporter for The Hill, stated that the debate only served to amplify the network’s reputation as being a less than reputable source.

“The network is under heavy criticism from the left and right today, and rightly so,” Concha said. “Its pursuit of sizzle over steak and focus on social issues over truly substantiate matters – economy, jobs, opioid crisis, border crisis, all-things China – has damaged the network’s credibility even further.”

CNN partnered up with The New York Times for the event, which was moderated by CNN’s Erin Burnett and Anderson Cooper and Gray Lady editor Marc Lacey. While viewers complained about several issues with the moderators, a question Cooper asked about Ellen DeGeneres and former President George W. Bush’s friendship was perhaps the most lampooned.

“Three hours and no questions tonight about climate, housing, or immigration,” Julian Castro tweeted. “Climate change is an existential threat. America has a housing crisis. Children are still in cages at our border. But you know, Ellen.”

Three hours and no questions tonight about climate, housing, or immigration.

Climate change is an existential threat. America has a housing crisis. Children are still in cages at our border.

Rep. Tulsi Gabbard didn’t bother with social media, opting instead to slam CNN and the NY Times right to their faces on the debate state itself.

“The New York Times and CNN have also smeared veterans like myself for calling for an end to this regime-change war,” Gabbard stated. “Just two days ago, The New York Times put out an article saying that I’m a Russian asset and an Assad apologist and all these different smears. This morning, a CNN commentator said on national television that I’m an asset of Russia — completely despicable.”

Buttigieg Rebukes O’Rourke On Guns: ‘I Don’t Need Lessons From You On Courage’

New Analysis Discovers That Health Spending Would Go Up Under ‘Medicare For All,’ $7 Trillion Over Ten Years