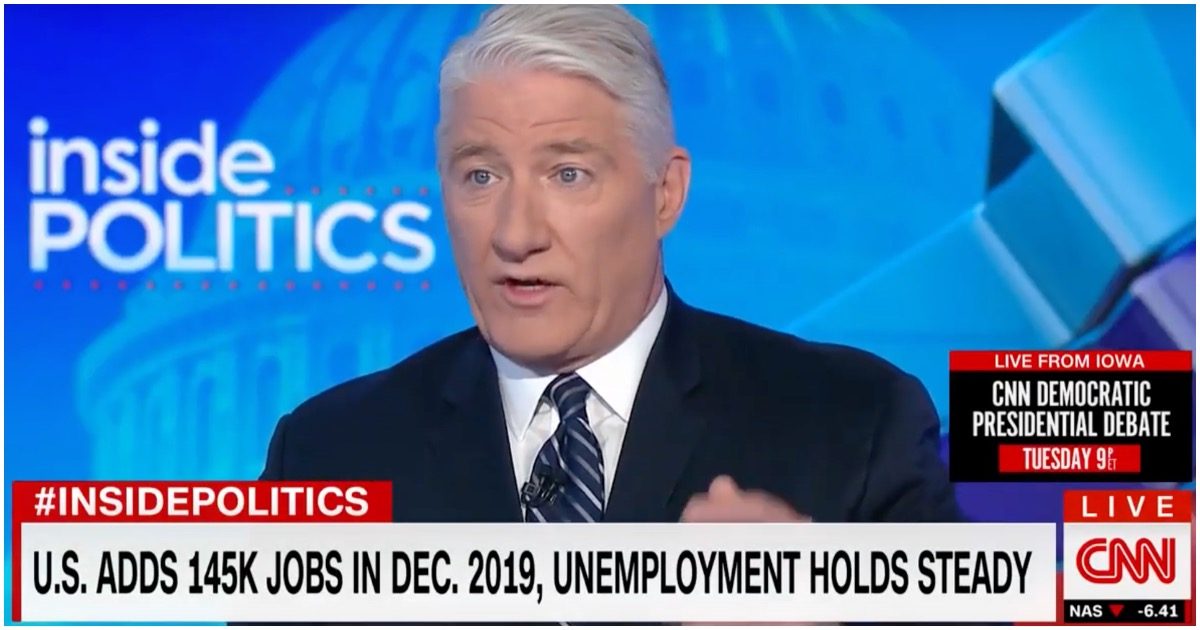 The Trump economy has caused the stock market to continue to break record after record. In other words, during the three years of the Trump administration, the economy is basically most gangster rappers – it just keeps getting higher and higher.

Even a CNN host was forced to admit that this could be a problem for the 2020 Democrat presidential nominee. Because who are we kidding? Low unemployment and a great stock market generally spells bad news for a presidential challenger. Fact.

MSNBC’s @DelPercioS’s reaction: This news is concerning for Democrats.