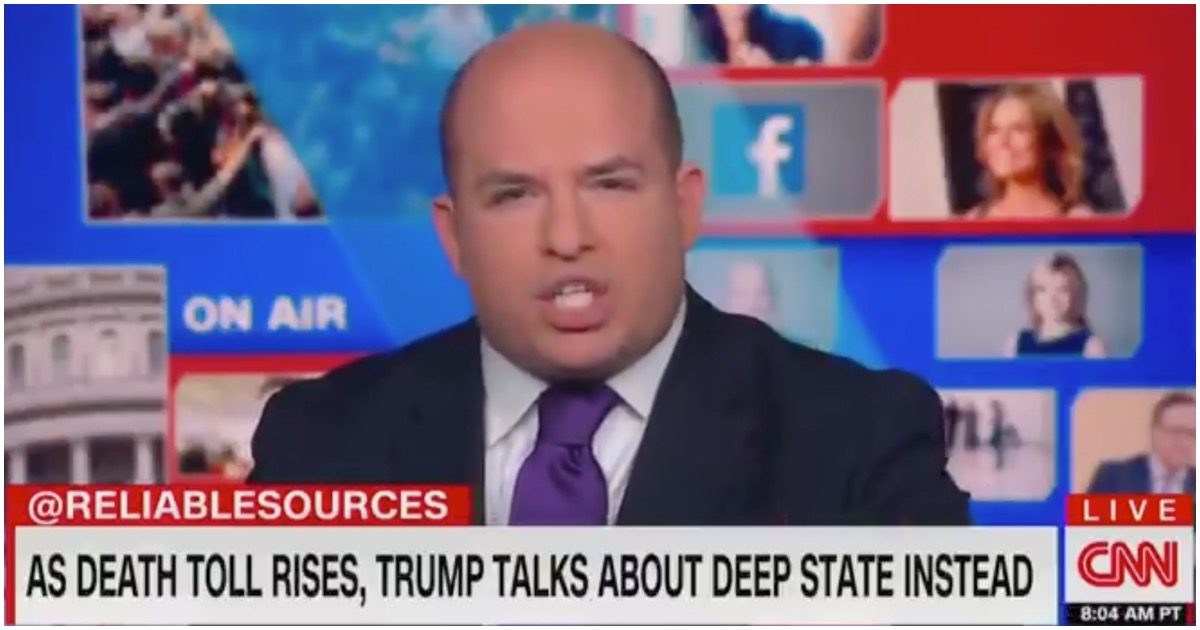 Brian Stelter’s “Reliable Sources” on CNN has to be the most ironically named program in the United States, today. What is reliable about a liberal host telling constant lies on a left-leaning network?

Just the other day, Stelter was ticked off that Fox News had the audacity to cover the Obama scandal involving Michael Flynn, rather than focus entirely on the pandemic.

It is "disappointing" that "right wing media" is "treating the Michael Flynn story like it's a better deal than the deaths of 2,000 Americans a day." pic.twitter.com/itaSwplkf1

President Trump’s thoughts on the scandal…

The list of far-left, anti-Trump blowhards in the mainstream media is nearly never-ending.

Every network. Every publication. Every outlet. In other words, true journalism is all but dead.

However, one reporter stands out above the rest. It’s not Don Lemon, Chris Cuomo, Wolf Blitzer, or Anderson Cooper.

The winner of America’s greatest “liberal hack” is none other than Stelter, himself.