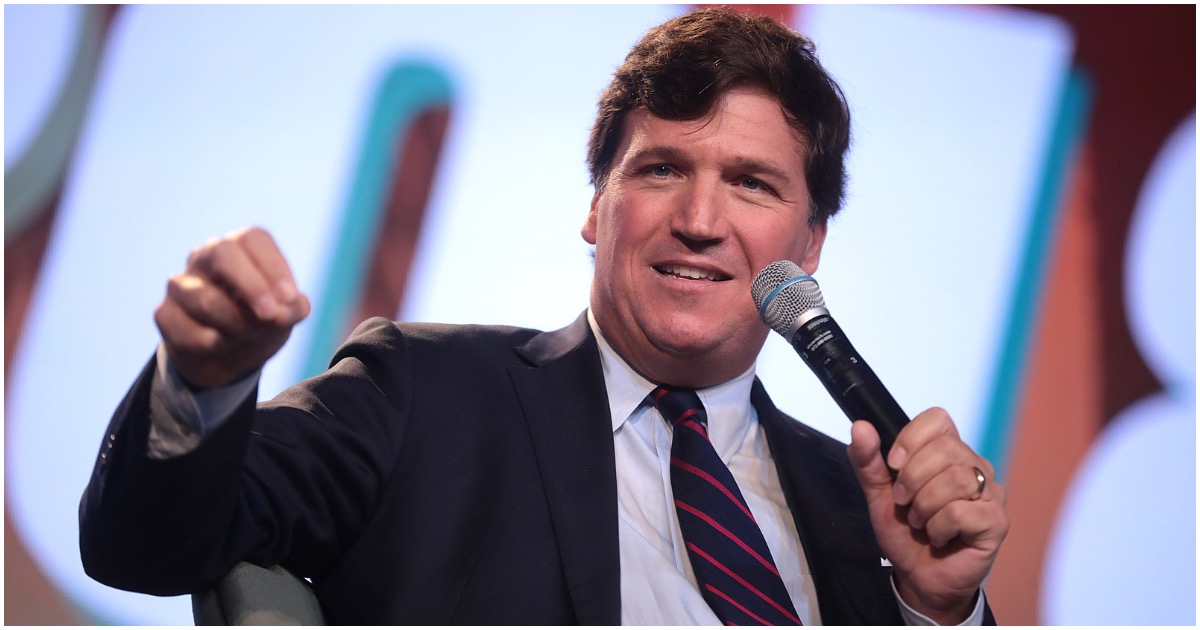 Either that or CNN’s lineup is a complete and utter dumpster fire.

Both things can be true.

Carlson is known for going off on guests at times.

An unaired interview might’ve just taken the cake, as Tucker ripped into a Dutch writer who argues for raising taxes.

And now the Fox News Channel is refusing to air the interview in its entirety likely because of the language.

Carlson was interviewing a leftist Dutch writer named Rutger Bregman who became famous after he told people in Switzerland that their taxes needed to be raised.

Watch Fox News host Tucker Carlson call one of his guests a 'tiny brain…moron' during an interview. NowThis has obtained the full segment with historian Rutger Bregman that Fox News is refusing to air. pic.twitter.com/kERYPUaGLY

Carlson unloaded on freshman Democrat Socialist Rep. Alexandria Ocasio-Cortez (NY) in a way no other TV personality has yet to do.

He called her quite a few names, in the process.

Carlson noted, “[The town hall] apparently seemed like a wise idea to executives at MSNBC. The very same news outlet that spent two years lying to you about Russia brings you a 29-year-old former bartender to teach you about science.”

Tucker added, “Listen to her explain how she doesn’t resort to ad hominem attacks unlike her enemies who, by the way, are xenophobic white supremacists. So it’s official, Alexandria Ocasio-Cortez is a moron, and nasty, and more self-righteous than any televangelist who ever preached a sermon on cable access. She’s not impressive, she’s awful.”

Tucker Carlson slams Ocasio-Cortez: "So it's official, Alexandria Ocasio-Cortez is a moron, and nasty, and more self-righteous than any televangelist who ever preached a sermon on cable access. She's not impressive, she's awful."pic.twitter.com/iIfwu0ylRa