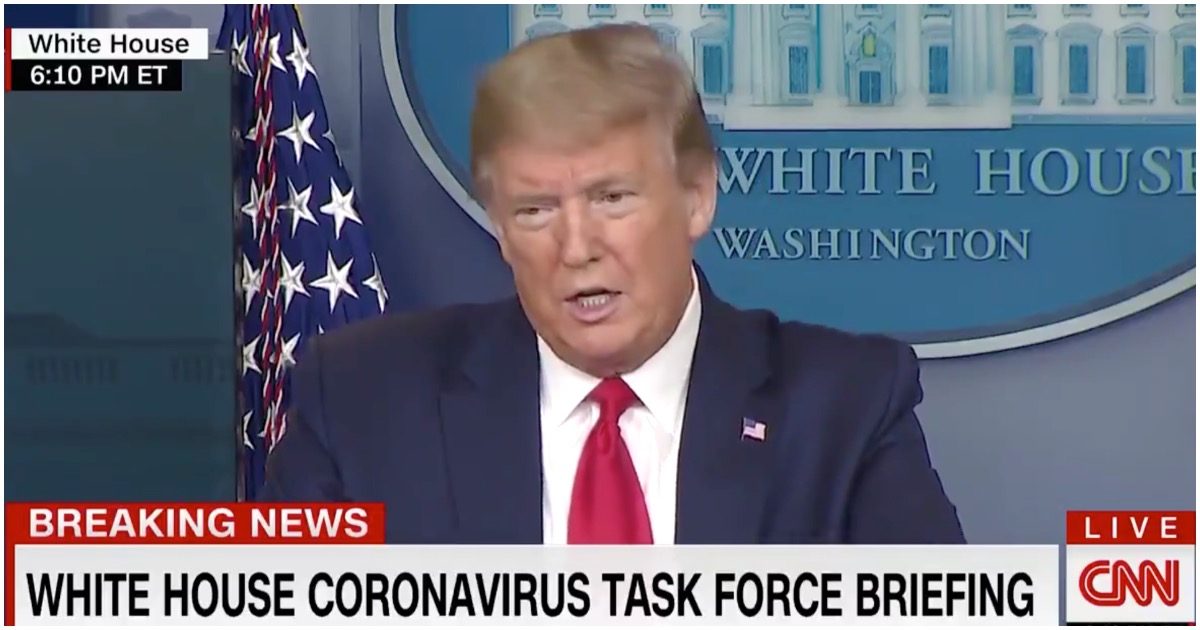 President Trump went scorched earth on multiple reporters on Monday afternoon. Check it out here and here. But when POTUS aired a video at the press briefing that highlighted how liberal governors (like Andrew Cuomo, Phil Murphy, and Gavin Newsom) have praised his administration’s response to coronavirus, CNN and MSNBC were triggered enough to cut away.

"You bought yourself some time and you didn't use it to prepare hospitals….."

"…I don't think the American people care about why Joe Biden apologized to you."

"You know you're a fake." pic.twitter.com/0QMMAwDhsI

Dr. Fauci says the first time he and Dr. Birx made a shutdown/mitigation recommendation to POTUS, Trump accepted it — and has accepted their recommendations ever since.

A patient at a Pennsylvania hospital had an emotional reunion with his family after recovering from coronavirus. https://t.co/GEAnVQBZyI pic.twitter.com/t2SReAa4Zm

CNN is literally attacking the President for not shutting down the entire country back when there were no known cases of coronavirus in the United States. #PressBriefing

President Trump has done more for this country than any other President in modern history!

Our President built one of the greatest economies in the history of the world before the coronavirus pandemic!

HE WILL DO IT AGAIN!

.@kaitlancollins: "You said when someone is president of the United States their authority is total. That is not true. Who told you that?

Trump: "We're going to write up papers on this-the governors need us one way or the other.."

Reporter: "Who told you" that?

This stare from Fauci could turn you to stone pic.twitter.com/dLWni5blim

Republican Lawmaker Warns That America Is ‘Weeks, Not Months Away’ From Food Shortages