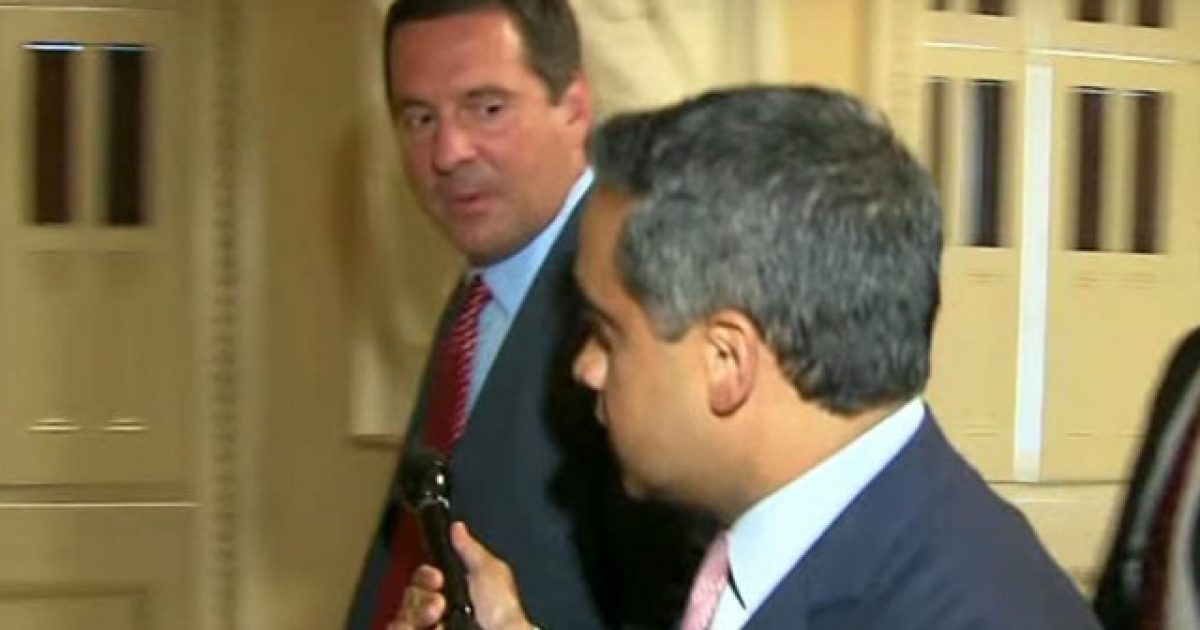 Rep. Devin Nunes, California, recently put a CNN reporter back in his place after he dared to ask a question about the controversial FISA application document that was released over the weekend.

True to their left-wing bias, CNN aired Nunes’ putdown as part of their coverage, doing their due diligence to make folks on the right look like a bunch of jerks, hoping to sway the opinion of American citizens away from conservatives. They are failing miserably.

CNN was covering the release of the controversial FISA application to surveil Carter Page, a former Trump campaign advisor, and sought a comment from Nunes about the claims based on the application.

“Just asked Nunes if he stood by all the contents of his memo after release of Carter Page docs,” tweeted CNN’s Manu Raju, “and he attacked CNN instead.”

“I then asked him if he read FISA application (since in Feb he acknowledged not reading it) and he said: “You are ignoring what I said” and walked on floor,” he added.

“Do you really think I’m really gonna talk to the leading Democratic party propaganda? Nunes said, smiling as Raju held a microphone to his face.

Raju then went on and attempted to ask Nunes a different question but he was having none of that, accusing the reporter of ignoring his accusations against CNN. Cooper stated that Nunes received an invitation to come on the show and discuss his claims, but refused.

CNN used to be a fairly trustworthy news organization many, many moons ago, but they have since sold out journalistic integrity, having quit their mission to keep the masses informed about important news topics of the day and allowing themselves to be recruited as a propaganda wing for the Democratic Party.

What’s sad is how crappy mainstream media organizations treat their viewing audiences. To think they need to be told what to think instead of trusting them to do their own leg work and make up their own minds is incredibly insulting.

Here’s to hoping for a return to true journalism.