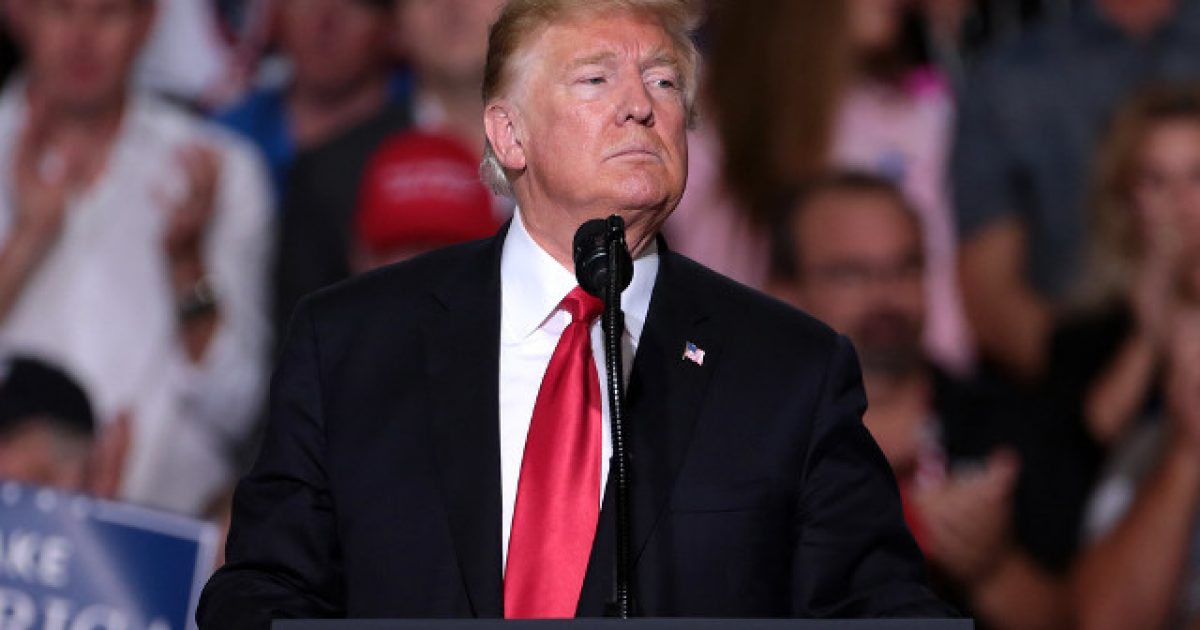 According to that bastion of journalistic integrity we call CNN, multiple Democrats in the House have said that there are many, many folks in their party who are frustrated with the female freshmen in Congress — known as the “Squad” — and as a result of the building tension and anger, feel Trump’s “go back” comments aimed at Rep. Ilhan Omar are “politically brilliant.”

Well, it’s nice to know we the people aren’t the only ones sick of the Squad. Maybe we’ll actually take action against them and work to ensure she does not get re-elected? That would be awesome.

In a report published Wednesday after the Trump rally in North Carolina — which included a headline-grabbing moment in which some in the crowd began to chant “Send her back!” in response to Trump’s criticism of Rep. Ilhan Omar (D-MN) for her “vicious anti-Semitic screeds” — CNN’s Jake Tapper and Dana Bash reported on the growing frustration among some of the House Democrats over the increased prominence of the “Squad”: Reps. Omar, Alexandria Ocasio-Cortez (D-NY), Rashida Tlaib (D-MI), and Ayanna Pressley (D-MA).

The conversations with several Democrats, whom Tapper and Bash stress span the political spectrum, took place over the last few days — and before the North Carolina rally.

“The President won this one,” one House Democrat told CNN in reference to Trump’s focus on the Squad and the Democrats vote Tuesday to condemn his “go back” comments. “What the President has done is politically brilliant. Pelosi was trying to marginalize these folks, and the President has now identified the entire party with them.”

“The President’s words and actions speak for themselves,” said another. “We need to focus on the issues that got (Democrats) here: jobs, health care … instead of the issues the President brings up deliberately. Anything that takes away from bread-and-butter issues is playing into his hands.”

The escalation between Trump and the Squad all started when he, the president that is, actually came to the defense of Speaker of the House Nancy Pelosi when AOC suggested that the speaker’s rebuke of the Squad for portraying fellow Democrats as pro-segregation might be the result of some racism.

“When these comments first started, I kind of thought that she was keeping the progressive flank at more of an arm’s distance in order to protect more moderate members, which I understood,” Ocasio-Cortez told The Washington Post last Wednesday. “But the persistent singling out . . . it got to a point where it was just outright disrespectful . . . the explicit singling out of newly elected women of color.”

Trump weighed in on the internal feud by coming to Pelosi’s defense. “I deal with Nancy Pelosi a lot, and we go back and forth and it’s fine, but I think that a group of people is being very disrespectful to her,” he said. “I’ll tell you something about Nancy Pelosi, she is not a racist, and for them to call her a racist is a disgrace.”

Wow. Bet you never thought you’d see President Trump come to the aid of Nancy Pelosi. However, he’s got a point. She’s likely not a racist at all, but then again, when has that ever stopped ridiculous radica leftists from tossing out the label when ever an opportunity presents itself?

These days, if someone ton the left doesn’t like you, it’s automatically race motivated. Because there’s obviously no other reason you could possibly disagree with someone on a political issue.

The insanity of our current culture is enough to make your brain explode.

Berkeley Changing Name For City’s ‘Manholes’ To ‘Maintenance Holes.’ The Reason Why Is Ridiculous